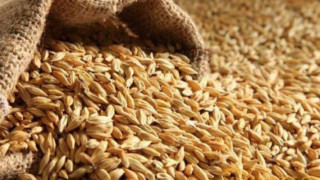 Is the Price of Bread Set to Rise?

Given the coronavirus pandemic, countries are stockpiling foodstuffs, including wheat, in larger quantities as compared to the previous years

Given the coronavirus pandemic, countries are stockpiling foodstuffs, including wheat, in larger quantities as compared to the previous years. Egypt and Turkey alone have recently purchased one million tonnes of wheat from Russia. The higher demand on Russian wheat led to increased prices vis-à-vis Russian wheat export and currently it costs around USD 210-230.

In accordance with the National Statistics Office of Georgia, prices on wheat and wheat products in Georgia increased by 7.8% in October 2020 as compared to the same period of the previous year (the inflation rate in Georgia increased by 0.8% as compared to the previous month whilst annual inflation reached 3.8%). The prices on wheat bread and flour in the past months were as follows:

Given the fact that Russia is the major wheat exporter to Georgia, the question arises as to whether or not the increased prices of Russian wheat will lead to higher prices of flour and bread.

FactCheck asked Levan Silagava, Executive Director of the Georgian Wheat and Flour Production Association, for his opinion his matter. As stated by Mr Silagava, the price increase on wheat started from September and was caused by a higher demand: “Foreign markets have a bad situation in regard to prices which is related to the pandemic and the panic as well as the fact that of the major supplier countries, only Russia and Australia have had good harvests. Turkey and the Arab world hold tenders and Russia won the grain supply contracts. Therefore, as compared to the previous year, the demand on Russian wheat has increased by 30%. This is probably caused by pandemic-induced fear. Countries are stockpiling reserves which leads to a higher demand and, by definition, to higher prices. If wheat was imported at a cost of USD 190-200 in August, now the price reached USD 250 and a further hike is expected.”

Levan Silagava also added that Georgia kept the GEL 51 price per bag of wheat at the expense of reserves imported in the past two months. Currently, the price for a bag of wheat fluctuates within GEL 53-55 and is slated to increase further. Mr Silagava stated: “If the authorities do not subsidise prices on wheat or bread, which is currently under consideration, bread prices will supposedly increase as a result of more expensive wheat (oil and salt prices have also increased).

FactCheck also interviewed Malkhaz Dolidze, Chairman of the Bakery Products Association. As stated by Mr Dolidze: “The price of bread is currently maintained, although the increased price of wheat and the changes in GEL-to-USD exchange rate will complicate keeping the prices the same in the future. Therefore, producers and authorities are in constant communication and we are seeking to find a solution. It is likely that a subsidy programme will be launched again and the government will subsidise wheat prices or directly bread prices. Cutting VAT and water utility bills are also being considered. It is also possible that packaging all breads would not be mandatory which will also decrease bread expenses. Through coordination with the authorities, we are seeking to find a solution to ensure keeping the prices the same for staple foods such as bread.”

FactCheck interviewed an Ipkli representative as well who also mentioned that the company is currently keeping bread prices the same at the expense of a lowered margin of profit. However, given the existing situation, it will be extremely difficult to keep bread prices unchanged without certain measures from the authorities.

As we are all aware, on 23 March 2020, the Government of Georgia adopted the State Programme on the Price Preservation of Basic Food Products. The programme’s budget was set at GEL 10 million and GEL 9 million of this amount has actually been spent. However, the prices for nine food products (rice, buckwheat, macaroni, cooking oil, flour, wheat, milk powder, sugar and beans) could not be preserved (see FactCheck’s article). The most stable prices were kept for wheat and bread. In the current circumstances, when the wheat price on global markets has increased substantially and on top of that the GEL exchange rate remains unstable, the Government of Georgia will probably launch a price subsidy programme again. Otherwise, prices for bread – a product of a social significance – will increase which given the current tensions clearly is not in the government’s best interests.