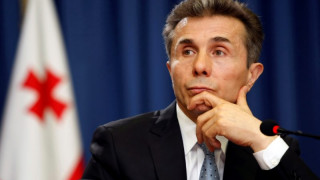 In basically every agricultural field, output has increased threefold and more than threefold

Bidzina Ivanishvili: “In basically every agricultural field, output has increased threefold and more than threefold.”

Furthermore, the agriculture to GDP ratio has been declining annually and amounted to 7.2% of the total economy in 2019 (it was 9.2% in 2012) meaning that other sectors of the economy grew more rapidly as compared to agriculture.

In regard to the progress of certain fields, the area sown with one-year crops as well as corn, potatoes and vegetables shrank in 2019 as compared to 2012. In addition, the fruit and citrus yields also decreased, livestock numbers have fallen and milk and honey production also took a dive. The biggest progress is in grape production which has doubled since 2012. Wheat production has increased (by 19,900 tonnes) and the number of poultry as well as sheep and goats also scored gains by 3,307,000 and 149,000, respectively. Meat and egg production have also surged by 30,000 tonnes and 160,800,000 pieces, respectively. However, none of these agricultural fields shows a threefold growth. As mentioned previously, grape production is the field which increased the most and has only doubled.

Georgian Dream Chairperson, Bidzina Ivanishvili, during the presentation of the Georgian Dream election programme, provided assessments over the party’s eight years in power and stated (from 19:19): “In basically every agricultural field, output has increased threefold and more than threefold.”

The Georgian Dream proclaimed agriculture as a priority field immediately after coming to power. In 2013-2019, over GEL 1.7 billion was spent for agriculture development whilst the largest amount of money was spent in 2019 – GEL 293 million.

Bidzina Ivanishvili highlighted progress in agriculture fields. Therefore, we will offer an overview of some of these fields.

Table 1 shows that sown areas have been shrinking under the Georgian Dream’s rule.

Of multi-year crops, grape production was much higher in 2019 as compared (doubled) to 2012 whilst the production of fruits and citrus has dropped.

To measure progress in agriculture, livestock numbers are also important. In 2019, the number of cattle and pigs has fallen whilst the number of poultry, sheep and goats has increased.

In summation, the agricultural sector decreased by 1.1% in 2019 as compared to the previous year. In addition, the agriculture to the GDP ratio dropped to 7.2%. In regard to progress in certain fields, the area sown with one-year crops shrank in 2019 as compared to 2012 as well as corn, potato and vegetable outputs have dropped. In addition, the yield of fruit and citrus together with cattle and pig numbers as well as the production of milk and honey have all decreased.

Given the aforementioned factors, FactCheck concludes that Bidzina Ivanishvili’s statement is FALSE.