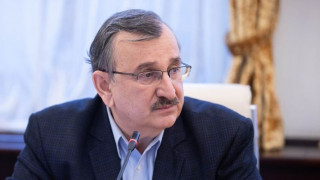 “According to an authoritative credit rating agency, Georgia is ranked in the worst 63rd position based on economic risks under the pandemic”

During his speech at the Parliament of Georgia, United National Movement MP, Roman Gotsiridze, stated: “According to an authoritative credit rating agency, Georgia is ranked in the worst 63rd position based on economic risks under the pandemic.”

The aforementioned organisation is the German rating agency Scope. The agency was founded in 2002 and has been providing credit rating services since 2012. It is the leading European credit rating agency. The company specialises in the analysis and ratings of financial institutions, corporations and structured, project and public finance. The agency provides services in line with the EU’s rating regulation and operates in the European Union with an ECAI[1] status. Scope Ratings is part of the Scope Group based in Berlin and with offices in Frankfurt, London, Madrid, Milan, Oslo and Paris.

In the Scope Ratings’ 2020 External Vulnerability and Resilience Rankings, Georgia is indeed ranked in the last 63rd position among 63 countries amid the novel coronavirus pandemic. Turkey is ranked 62nd, Argentina 61st and Ukraine 60th. The top five performers in terms of resilience vis-à-vis external risks are (in that sequence): Taiwan, China, Switzerland, Thailand and Malta.

According to the report, Georgia not only has low resilience to balance of payment crises but also displays high external vulnerability. The agency assesses that Georgia’s high vulnerability is stipulated by a small, open economy with a narrow export base and a strong dependence on the import of goods. The currency account deficit is high and is predominantly dependent on foreign funding, including foreign direct investment (FDI) flows.

In addition, despite the Government of Georgia’s efforts, the larisation[2] figure is also low. The report underlines that Georgia’s external debt which exceeds 44% of the country’s GDP is mostly denominated in USD and EUR which is a significant risk-factor under the fluctuation of the GEL exchange rate. The report also emphasises the inadequacy of Georgia’s currency reserves.

[2] Larisation; that is, de-dollarisation shows the share of using GEL vis-à-vis all other currencies.