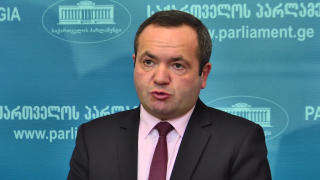 Resume: The figure which Zurab Tchiaberashvili names in his statement as the amount of money which the Prime Minister declared would be disbursed as part of a specific programme is substantially inflated as compared to the actual number. In particular, the government programme provides GEL 535 million for direct monetary compensation for those who lost jobs and not the “billions” as the MP claims.

The volume of the total disbursed compensation also contains a significant flaw. GEL 34 million constitutes compensation disbursed for self-employed people only and it is not the total sum. As of 7 July 2020, a total of GEL 60.5 million was disbursed to hired employees and self-employees together whilst as of 16 July 2020 this volume increased up to GEL 80.9 million. At the same time, it should be mentioned that the compensation distribution process is not over, with only the May and June payments being made, whilst the total compensation (GEL 535 million) needs to be disbursed during the six months of the entire preferential period.

The only accurate part of the MP’s statement is the number of people who have already received their assistance amounting to 115,719 individuals. FactCheck refrains from any discussion as to whether or not the announced compensation volume is sufficient or if the total amount will actually be disbursed by the end of the preferential period and confines itself to an analysis of the current factual circumstances alone.

At a session of the Parliament of Georgia, European Georgia Movement for Freedom MP, Zurab Tchiaberashvili, emphasised the issue of compensations to be disbursed to people who lost their employment under the pandemic and stated: “This is 7 July data and GEL 34,715,700 has been disbursed although Gakharia was speaking about billions in his presentations and here we are talking about GEL 34-35 million. Of self-employed people, 188,363 were registered as of 7 July. And even here you imposed big barriers for paying the GEL 300 to people. Only 115,719 people were paid the GEL 300 and this is absolutely not enough to feed a family.”

According to the Government of Georgia’s anti-crisis plan, compensation for people who lost their jobs was divided into two packages and articulated as follows (see FactCheck’s article for more details):

Therefore, the Prime Minister did not speak about “billions” in terms of compensation and the total volume of compensation for the entire period was set at GEL 535 million.

In regard to the volume of the already disbursed compensations, this figure is as follows according to the information of the National Employment Support Agency as of 7 July 2020:

FactCheck refrains from any discussion as to whether or not the announced compensation volume is sufficient or if the total amount will actually be disbursed by the end of the preferential period and confines itself to an analysis of the current factual circumstances alone.