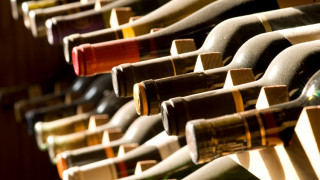 In the First Five Months of 2020 Wine Exports Dropped by 11.3% as Compared to the Previous Year

In 2019, Georgia exported nearly 94 million bottles (0.75 litres) of wine to 53 countries which is 9% more as compared to 2018’s data and is the record-breaking figure in the history of independent Georgia. The value of exported wine reached USD 240 million which is 17% more as compared to the same figure of 2018.

As illustrated by the graph, Russia’s share in total Georgian wine exports has been growing since 2015.

Although the export geography for Georgian wine is expanding annually and wine is entering new export markets, the Russian market still remains the top export market for the Georgian wines. Therefore, any growth or decline in Georgian wine export usually depends on the Russian factor. As we know, Russia banned the import of Georgian agricultural products (including wine) in 2006 pursuant to a decree of Russia’s Chief Sanitary Inspector, Gennady Onischenko, under the pretext of low quality. The aforementioned Russian embargo resulted in a significant drop in Georgia’s wine exports. In 2016, Georgia’s wine exports were USD 41 million whilst in the next year that figure almost halved and decreased to USD 29 million. Exports of Georgian wine and brandy to Russia resumed in June 2013. In 2013-2014, a significant growth in Georgia’s wine exports was stipulated precisely after the lifting of the ban on Georgian wine exports to Russia (in 2013 – USD 128 million and in 2014 – USD 185 million. See FactCheck’s article here). In 2015, a drop in Georgia’s wine exports was again stipulated by the Russian factor. Instability in Russia and Ukraine in that year heavily affected Georgia’s wine exports and resulted in a 39% drop in exports (USD 96 million). Events unfolding after 20 June 2019 (Russia’s threat to impose sanctions on Georgian products) demonstrated once again that Russia is an unreliable trade partner which often uses trade relations with Georgia for political purposes. Therefore, in order to raise awareness on Georgian wines and further popularise them, more effective steps are needed to make sure we are less dependent on unstable markets as such Russia.