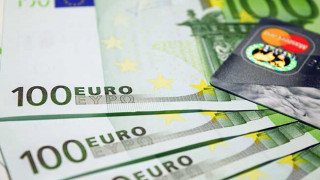 In the first five months of 2019, total remittances from abroad to Georgia amounted to USD 662 million.

In light of the COVID-19 pandemic-induced slowdown of activity as well as the spread of infection under restrictive policies adopted by governments worldwide as part of the pandemic response, the world economy has entered a recession. Georgia’s economy is not an exception. Pandemic-induced economic problems are transmitted to local economies through multiple channels and, specifically, in the case of Georgia, one of the most important channels is remittances from foreign countries. The currency flows are an important source of foreign currency in the country and are directly linked to the stability of the national currency’s exchange rate as well as people’s well-being. This article offers an overview of how the aforementioned flows have changed under the pandemic.

In the first five months of 2019, total remittances from abroad to Georgia amounted to USD 662 million.

Table 2 shows the volume of remittances from the same country now under the pandemic – in the first five months of 2020. Of note is that the impact of the pandemic was not so important at the beginning of the year as compared to the period which followed. However, different countries experienced peak damage in different periods. Therefore, an analysis of the entire 2020 period will possibly give a better picture in order to see the impact of the pandemic rather than a selection of a certain timeframe which might not encompass the peak periods of all countries.

Table 3: Changes in Volume and Structure of Remittances as a Result of the Pandemic

In the first give months of 2020, remittances from Italy increased by USD 20 million – from USD 93 million to USD 113 million which constitutes a 22.1% growth. Italy’s share in the total remittances increased by 4.9 percentage points from 14% to 18.9% and according to the data of the first five months of 2020, Italy is the largest source of remittances. This is somewhat unexpected given the fact that Italy is one of the worst-hit countries under the pandemic.

[1]Slight differences in the tables are stipulated by rounding up numbers in total figures.