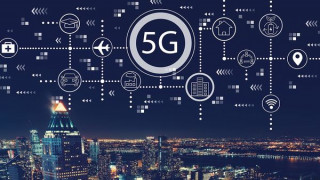 Disinformation Linking 5G to the Coronavirus

Lali Moroshkina’s Facebook post was published and widely circulated by a number of websites (iTv.ge, geomediatv.ge, wnews.ge, pirveli.site and the Facebook page Capital City) as a news story. The author of the aforementioned Facebook post claims that the coronavirus spread especially in countries with wide 5G coverage whilst in countries where 5G towers are not installed, the coronavirus remains week or even absent. Ms Moroshkina asserts that the installation of 5G networks will claim many lives worldwide and in case the course of unfolding events follows this scenario, only one million people will stay alive in Georgia. These articles were posted and shared on Facebook several thousand times and, as a result, they have over 16,000 interactions and more than 10,000 shares whilst the total amount of views on all three websites is 75,000. Koba Kuprashvili (he was a candidate for MP of a Gurjaani single-mandate constituency, nominated by the Alliance of Patriots of Georgia) also dismissed the coronavirus as a “bluff” and linked it to 5G. Zviad Tomaradze, founder of the Nation and State non-governmental organisation, also promoted disinformation on the pages of the Asaval-Dasavali newspaper. Zviad Tomaradze has ties with businessman Levan Vasadze, leader of the Georgian March, Sandro Bregadze and the head of the Primakov Foundation, Dimitri Lortkipanidze.

Conspiracy theories on links between 5G and the coronavirus circulate not only in Georgia but all around the world. For instance, after spreading fake news in the UK, 5G cell towers were set on fire in Birmingham and Mersiside. Professor Steve Powis, National Medical Doctor for the National Health Service (NHS) England, said that links between the coronavirus and 5G were “the worst kind of fake news” whilst Cabinet Secretary Michael Gove states it was “nonsense and dangerous nonsense.” The scientists point out the implausibility of such connections. Brendan Wren, Professor of Microbial Pathogenesis at the London School of Hygiene and Tropical Medicine, considers links between the cell towers and the virus as “both a physical and biological impossibility.” In addition, the coronavirus spreads in such parts of the UK which are not yet covered by 5G networks such as Milton Keynes and Portsmouth.

According to the authoritative British fact-checking website FullFact, two disinformation theories circulate on this issue around the world: 1. 5G WiFi networks could be responsible for causing and the rapid spread of the new coronavirus and 2. 5G suppresses the immune system which makes a person incapable of tackling the virus and consequently mortality rises.

According to the World Health Organisation (WHO), 5G mobile networks do not spread COVID-19. Viruses cannot travel on radio waves/mobile networks whilst the coronavirus is spread in many such countries where there are no 5G mobile networks, including Japan and Iran. COVID-19 is spread through respiratory droplets when an infected person coughs, sneezes or speaks. People can also be infected by touching a contaminated surface and then their eyes, mouth or nose.

The International Commission on Non-Ionizing Radiation Protection (ICNIRP) confirmed 5G as safe. Similar to technologies of mobile networks of previous generations – 4G, 3G and 2G – 5G is also sent by radio waves. TV and radio broadcast transmitters also use radio waves. Radio waves are a small part of the wide range of electromagnetic spectrum waves and all of them emit electromagnetic radiation. However, radio waves constitute the last part of the spectrum and have a lower frequency as compared to other types of waves. Radio waves emit only non-ionised radiation, meaning they cannot harm RNA within cells.

4G uses approximately a 6 gigahertz range whilst 5G is transmitted within a 30 to 300 gigahertz range. However, in the 30-300 gigahertz range, there is not enough energy to break chemical bonds or remove electrons when in contact with human tissue. Therefore, 5G radio waves do not break chemical bonds in the RNA of the cells and do not damage the immune system. Only much stronger ultraviolet X-rays and Gamma-rays, which emit ionised radiation, are capable of doing so. The Australian Radiation Protection and Nuclear Safety Agency is of the same opinion. According to the UK’s Office of Communications (Ofcom), 5G-emitted electromagnetic radiation is 66 times lower as compared to international safety standards. 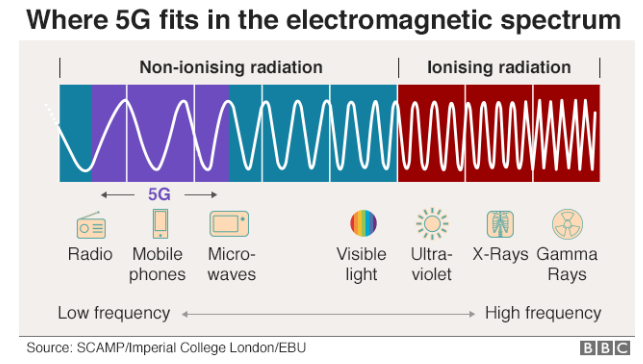 The Facebook group „STOP 5G GEORGIA!!!” was created in Georgia where nearly 5,000 people have joined. Of the group’s administrators, two (Schiller and Faika Faika) are trolls (Facebook accounts which do not use their real names and try to manipulate public opinion). In addition, Koba Kuprashvili is one of the administrators of the group. 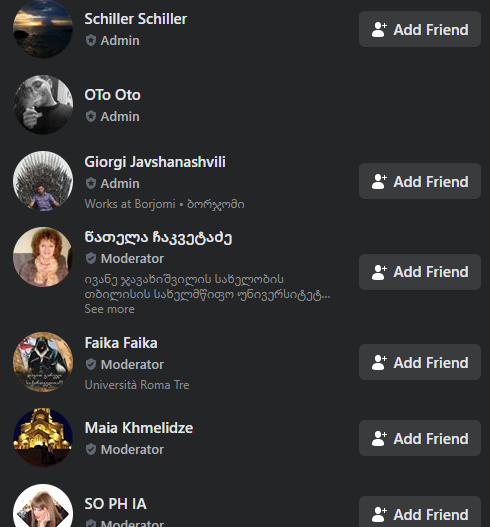 Disinformation about the harmful qualities of 5G is being circulated in the group. The spread of the coronavirus is also linked with 5G. Most of information in the group is based on Russian sources which are conspiracy theories which portray 5G as deadly, coronavirus-causing and start of the apocalypse as well as links with inserting chips in human bodies (see videos shared as sources in the group: link 1, link 2, link 3, link 4 and link 5). Russia was spreading disinformation on 5G as early as in 2019 and this is also related with Russian propaganda mouthpieces, including Russia Today. However, Alt-Info blamed the US in promoting disinformation on 5G.

Pictures of transmission towers from different localities in Georgia are posted in the Facebook group “STOP 5G Georgia!!!.” The towers in the pictures are described as newly installed and linked with 5G without producing any evidence. In fact, these towers were operational prior to the invention of 5G. However, those engaged in circulating disinformation seek to sow panic among the group members and aim to breach public order. They call upon the group members during the coronavirus pandemic to take to the streets and damage the towers. For instance, see following screenshots from the group: 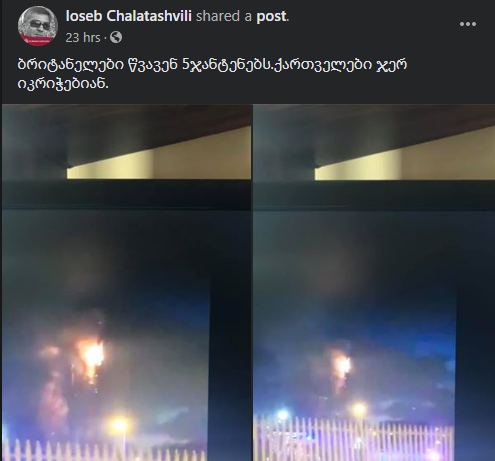 Schiller Schiller:This can be helped by no petition. The nation must wake up and we should finish this job by taking to the streets.

Nini Imnadze:Where it is? It is possible. If it is really that, can we somehow damage these towers?

Ioseb Chalatashvili:The Brits are burning down 5G towers, the Georgians are still giggling.