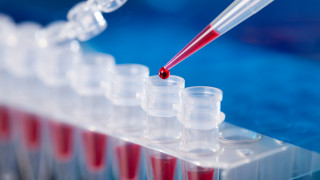 How the Coronavirus Can Be Diagnosed?

The World Health Organisation, many health professionals and some countries agree that without large-scale tests; that is, aggressive testing, it is impossible to contain the pandemic

The world is fighting the novel coronavirus pandemic. The number of infected individuals could be much higher as compared to the officially confirmed cases. To have a proper strategy for fighting the pandemic, it is important to know the real epidemiological situation. The World Health Organisation, many health professionals and some countries agree that without large-scale testing; that is, aggressive testing, it is impossible to contain the pandemic.[1]

COVID-19 is an infection caused by the novel coronavirus (SAES-CoV-2). The infection can be diagnosed by the polymerase chain reaction (PCR) method or/and rapid tests for detecting antigens and antibodies of the SARS-CoV-2.

The polymerase chain reaction method detects RNM[2] of SARS-CoV-2 from nasal and throat swabs. A PCR diagnosis is possible in high-tech laboratories only. Georgia uses the PCR method for the diagnosis of COVID-19. At this stage, PCR-based tests are done at the Lugar Laboratory, Tbilisi Hospital for Infectious Diseases as well as in Batumi and Kutaisi laboratories. PCR technology diagnostics is the most time-consuming and takes nearly four hours; however, relatively fast PCR tests are also available.

Of note is that on 24 March, Georgia received 1,000 PCR test kits from China as a gift. These test kits allow having results in 1.5 hours and they are being used to test Marneuli’s population.

The rapid antibody test detect antibodies[4] neutralising SARS-CoV- in the blood. This test also allows detecting the IgM[5] which shows the acute phase of the disease and IgG[6] which shows a past infection. The test gives results in approximately 15-20 minutes.

The IgM appears in blood in five days after catching the disease which means that a rapid antibody test cannot detect the infection at the initial phase. Therefore, the reliability of rapid tests is often questioned. According to one the latest research studies, the rapid test’s detection rate (detecting IgM in blood) was higher as compared to the PCR test five-and-a-half days after showing symptoms.

Of note is that Georgia already has internal transmission cases in the country. The purchase/use of rapid tests is important for large-scale/mass testing. The Director of the National Centre for Disease Control and Public Health, Amiran Gamkrelidze, on air on TV Pirveli stated that country should have all three types of tests but the PCR diagnostic remains the most important one.

On 1 April 2020, a new algorithm of COVID-19 testing was approved in Georgia. This new algorithm defines the testing method and the relevant test groups. The algorithm envisions three groups of patients who would be subject to the novel coronavirus testing: patients with symptoms, patients with fever and high-risk groups (people who had contact with an infected person, health workers, people employed in institutional establishments).

According to the new algorithm, the using of the rapid antibody and antigen tests will start in the nearest future. However, the PCR method will remain as a main standard.

What is Georgia’s Resource for Rapid Tests?

In addition, as a part of #TBCforyou programme, TBC Bank has purchased 10,000 rapid tests for COVID-19 diagnosis which will be delivered to the Ministry of Health. As stated by TBC representatives, tests will be shipped to Tbilisi in the upcoming days.

We can say that the stock of available test kits is not sufficient for mass testing. However, switching to mass testing has not yet been put on the agenda. Currently, there are strictly defined groups which would be tested for COVID-19.

[1] See FactCheck’s article on this topic.

[4] An antibody is an immunoglobulin protein which is produced by the immune system to neutralise pathogens.