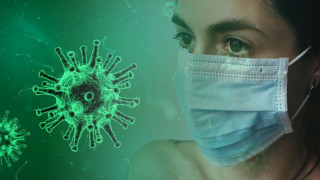 Quarantine and Self-Isolation – Why Effective Measures Are Needed

On 11 March 2020, the World Health Organisation (WHO) declared the outbreak of the novel coronavirus as a pandemic

On 11 March 2020, the World Health Organisation (WHO) declared the outbreak of the novel coronavirus as a pandemic. The WHO urged countries to take swift and aggressive measures to fight the coronavirus.

The previously unknown strain of the coronavirus was first detected in December 2019 in Wuhan, China and started to spread rapidly both within and outside of China. As of 20 March 2020’s data, the novel coronavirus was detected in 160 countries and the total number of confirmed cases worldwide surpassed 244,000. There were more than 10,000 cases of death whilst the number of recoveries is over 86,000. The first coronavirus case in Georgia was confirmed on 26 February 2020. As of 20 March’s data, there are 43 confirmed COVID-19 cases.

The Government of Georgia adopted a special plan to prevent the spread of the virus as early as 28 January 2020. Apart from other preventive measures, the plan also envisions quarantine or self-isolation for people who come from the epidemic red zone countries.

On 17 March 2020, a draft bill was submitted to the Parliament of Georgia through the accelerated procedure. The bill envisions a GEL 3,000 fine for an individual and a GEL 15,000 fine for a legal entity for failure to comply with quarantine and self-isolation rules. A person will be held criminally liable for a repeated offence; in particular, house arrest from six to 12 months or imprisonment for one year.

Some people decried the imposition of mandatory quarantine since they consider this measure to be an unlawful infringement of their personal freedom.

What is quarantine/self-isolation and how it is regulated by the law?

The Law of Georgia on Public Safety and the Law of Georgia on Public Health determine the extraordinary legal regime during pandemics and extremely dangerous epidemics. To protect public health, these laws envision restrictions on certain human rights, including freedom, by placing an individual in isolation or quarantine. Therefore, Georgian legislation allows restricting individual freedom for a certain period of time in order to achieve a legitimate goal such as protecting public health.

Quarantine measures are a set of measures applied to a person who is not diseased but has been exposed to a transmittable disease case during the periodoftransmission. In regard to isolation, this means keeping a diseased or an infected person separately from others and for the period of transmission of the disease by placing him in such a place and/or in such conditions that would restrict or prevent direct or indirect transmission of the disease from him to another person.

A decision to isolate and/or quarantine a person is made by a public health office[1] (a respective agency of the Ministry of Health) in compliance with the principles of the European Convention for the Protection of Human Rights and Fundamental Freedoms.

Given the fact that isolating or quarantining a person envisions the restriction of an important human right, personal freedom, it should be used only as a last resort measure and an independent assessment has to be made in every country and in each situation: How necessary is it to use these measures? Could milder measures work? What are available resources?

In the case of Georgia, a restrictive measure such as quarantine[2] can be justified on the ground of the apparent failure of a milder measure; that is, self-isolation. As mentioned previously, people often violate the self-isolation rule.

In addition, preventive measures including quarantine are vitally important for public health in order to prevent an epidemic outbreak. Avoiding an epidemic outbreak and hampering the spread of a virus is important to make sure that a large part of the population does not get infected simultaneously and the number of patients does not exceed a healthcare system’s capacity.

Of note is that according to the WHO, improving the epidemiological situation is possible only by swift and aggressive actions. The Director-General of the WHO, Tedros Adhanom Ghebreyesus, told other countries to follow the containment strategies used in China and South Korea because they managed to control the pandemic. Of note is that Chinese authorities put the entire population of Hubei province, which is nearly 60 million, in forcible quarantine. Taking strict measures allowed China to stop the spread of the virus to a minimum.

[1] According to the Law of Georgia on Public Health, in the case of isolation or quarantine, a person has the right toappealthedecisiontakenconcerninghimasprovidedforbythelegislationofGeorgia. After making an administrative appeal, legal authorities rule whether or not a decision to isolate/quarantine a person was in line with the law.

[2] Here this refers to a person’s forcible transfer into a quarantine zone instead of lockdown on territorial units and total quarantine.