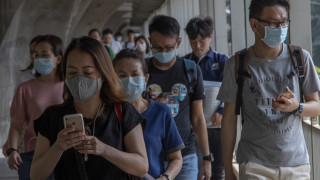 The 2019 coronavirus, responsible for the death of at least 132 people so far, has been challenging not only governments and international health systems but also the fact-checking community.

The 2019 coronavirus, responsible for the death of at least 132 people so far, has been challenging not only governments and international health systems but also the fact-checking community.

Since Friday, more than 60 fact-checkers from different countries have been working together in a collaborative project coordinated by the International Fact-Checking Network to debunk hoaxes related to the lethal virus. So far, the group has flagged more than 80 pieces of misleading content — mainly regarding the origins of the fatal virus, a false patent created years ago and some weird ways to prevent or cure it.

But the toughest barriers fact-checkers have faced so far are images and videos that supposedly show scenes of what is happening in China.

PolitiFact’s fact-checkers, in the United States, spent some hours this week trying to figure out whether a video extracted from TikTok and posted to YouTube was actually related to the coronavirus. It showed people wearing face masks and falling on streets, subways and hospitals. While trying to debunk the content, the team noticed that TikTok videos don’t offer a timestamp — so it is impossible to check when they were posted. The group also realized that YouTube is not accessible in China, meaning, besides the obvious language barrier, they also had to deal with some platform-related issues.

On Wednesday, Peerapon Anutarasoat, a fact-checker from Sure And Share Center in Thailand, managed to get a verdict about an image showing a man falling at the airport. He was actually just drunk and not infected by the 2019 coronavirus.

Pauline Moullot, deputy editor at Libération’s fact-checking unit, CheckNews, in France, told the IFCN that she has had the same problems with images and videos and is frustrated. Her audience has been reaching out to her team with links of recordings that they would like fact-checkers to analyze — but her team just can’t come up with a final verdict regarding their relationship to the fatal virus.

“This is when fact-checking becomes the right source, but users are coming to us, asking questions, and we just can’t do our job correctly,” she said. “We haven’t been able to tell if that testimony of alarmed nurses is authentic. Or if it was really shot in China. And we’ve been asked that dozens of times.”

Moullot said it is common in the fact-checking community to reach out for help when language is a barrier — in topics related to Iran for example. But, in China, for a few reasons, there is still a lack of fact-checkers.

Fact-checkers have been facing another tough issue: conspiracy theories and posts that gather false content and seem to aim to spread panic around the world.

A handful of fact-checking organizations have debunked hoaxes that claimed the 2019 coronavirus outbreak was caused by China’s biological weapons program. FactCheckKZ, in Kazakhstan, rated it as false. So did PolitiFact. A conspiracy theory that says Microsoft founder Bill Gates has helped to spread the new virus also seems to be growing. Posts about it have been debunked in Germany, by Correctiv, in Croatia, by Faktograph and, in the United States, by FactCheck.org

And the amount of misleading data regarding the number of infected and dead people is just overwhelming. Newtral, in Spain, and Tempo, in Indonesia, caught people saying that 10,000 people had already died in Wuhan because of the virus. In all China, according to all available sources, 132 people (as of Jan. 29) have died from the new coronavirus.

This post will be updated with the collaboration of the IFCN community.

Read the article in Spanish at Univision.

*Cristina Tardáguila is the associate director of the International Fact-Checking Network and the founder of Agência Lupa. She can be reached at [email protected]

*Coronavirus collaboration: The collaborative project, coordinated by the International Fact-Checking Network, was launched on Jan. 24 and will be active for as long as the lethal disease spreads worldwide. Fact-checkers are using a shared Google Sheet and a Slack Channel to share content and communicate in different time zones. Follow #CoronaVirusFacts and #DatosCoronaVirus on social media for the latest updates.