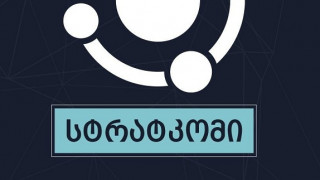 How does the Georgian Ministry of Defence’s strategic communication “combat” hostile disinformation?

On 2 November 2018, the Government of Georgia announced its decision to launch strategic communications structural units in every ministry. According to the authorities, the rationale behind the creation of the aforementioned bodies was to curb the influence of anti-Western propaganda, raising the population’s awareness in regard to Georgia’s European and Euro-Atlantic integration and the establishment of effective, a coordinated and proactive strategic communications system in the country.

The Ministry of Defence was the only exception vis-à-vis the aforementioned announcement and enacted respective structural changes regarding communication prior to the decision of the Government of Georgia. On 13 August 2015, as per the decree of the then Minister of Defence of Georgia, Tinatin Khidasheli, the Strategic Communications Department was established at the Ministry of Defence as a separate structural entity. The objectives of the Department were defined to inform the public about the issues of NATO integration and NATO-Georgia cooperation as well as the ongoing processes in the Georgian Armed Forces (reforms, exercises, official meetings, visits, etc.).

The tasks of the joint Strategic Communications and Public Relations Department were as follows: Increasing public understanding of NATO integration and Georgia-NATO cooperation, the elaboration of communications instruments and products, informational campaigns, the preparation and dissemination of relevant materials and relations with the public and the mass media, including the preparation of press releases as well as information and visuals for media representatives and their dissemination through mass media outlets.

The Ministry of Defence has been one of the first bodies which acknowledged the Kremlin’s “soft power” instruments as Georgia’s security challenge in its 2017-2020 Strategic Defence Review. According to the document: “The Kremlin will particularly focus on reinforcing the elements of its soft power to ensure the weakening of state institutions, the strengthening of pro-Russian civil and political movements and discrediting the pro-Western foreign policy agenda.”

Only 11 Facebook posts have been published until now. The initial posts were mostly crisp explanations of propaganda and disinformation. In addition on 18 February 2020, the StratCom Facebook page published Donald Trump’s 2017 tweet: “The Fake News media is officially out of control. They will do or say anything in order to get attention.” However, it is less likely that President Trump meant Russian disinformation in his tweet. Although even if he did mean this, it is still unclear how that message would have contributed to Georgian public’s resilience vis-à-vis Russian propaganda.

On 19 February 2020, a video was published on StratCom’s official Facebook page where the Ministry of Defence accuses those media outlets which are critical of the government (Mtavari, TV Pirveli and Formula) of spreading disinformation. The aforementioned media outlets have talked about the growing number of tenders awarded to the Serpantin company after Irakli Gharibashvili’s appointment as the Minister of Defence. The broadcasts, in turn, were based on Transparency International Georgia’s research study.

Georgia has been a target of Russia’s maligning influence for years and this is being carried out by a variety of political, economic, cyber or military tools. On 20 February 2020, it was revealed that the Main Intelligence Directorate (GRU) of the General Staff of the Russian Armed Forces was behind the large-scale cyber-attack perpetrated against Georgia on 28 October 2019. It is expected that such hostile actions will become even more serious within the context of the 2020 elections. Estonia’s Foreign Intelligence Service, in its report – International Security and Estonia 2020 – stated that Russia is likely to interfere in Georgia’s 2020 parliamentary elections. Against this backdrop, examples of pro-Russian and anti-Western disinformation, including the GRU’s involvement in the 28 October cyber-attack did not make it into the materials published by StratCom. It seems that until now, it is of a higher priority for StratCom to take care of the Minister’s “image” rather than having communication with the public on the challenges coming from Russia.