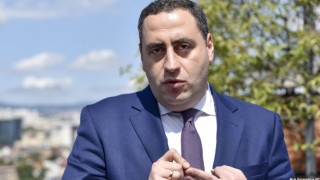 “It is impossible to live in a village. A family’s earning is GEL 57”

Verdict: FactCheck concludes that Giorgi Vashadze’s statement is HALF TRUE

Resume: As of 2018’s data, the average monthly income of a domestic household/family in rural areas was GEL 880 and GEL 1,087 in urban areas. Therefore, the claim that incomes in rural areas are less as compared to urban areas is correct although the gap (19%) is not of such a scale as seemingly reflected in the spirit of the aforementioned statement.

The figure (GEL 57) named by Giorgi Vashadze does correspond to the average monthly income received from selling agricultural produce all over the country (the average figure for urban and rural settlements). It is preposterous to discuss earnings of rural families based on that figure.

On the one hand, incomes received from selling agricultural produce are negligible in urban areas (GEL 7) which brings the country’s average to GEL 57 and the portrayal of it as the income of rural families is an act of manipulation. The actual average income of a rural family from selling agricultural produce is GEL 133[1] which is quite a low figure in itself but is 2.3 times higher as compared to the number named by Mr Vashadze.

On the other hand, incomes of rural families do not stand on selling agricultural produce alone and Giorgi Vashadze resorts to the use of manipulation in this part of his statement as well. Rural families also earn incomes from hired labour (GEL 242.2), self-employment (GEL 69.1) and property[2] (GEL 3.1). In total, a rural family’s sum of monetary income/earning[3] is GEL 448 whilst additional monetary income constitutes GEL 143. Therefore, the total earnings of a rural family equal GEL 591 which is ten times higher as compared to the figure named by Mr Vashadze.

In his interview with FactCheck, Giorgi Vashadze clarified that in this statement he wanted to emphasise the low earning indicator in agriculture which is reflected in the poverty of the population. FactCheck shares the spirit of the aforementioned clarification although believes that the statement (a public statement) and the clarification substantially mismatch.

United Opposition member, Giorgi Vashadze, on air on Palitra News, stated: “It is impossible to live in a village. A family’s earning is GEL 57.”

FactCheck contacted Giorgi Vashadze to bring clarity to the figure. As a result of FactCheck’s inquiry, the aforementioned figure (GEL 57) did correspond to the average monthly income from selling agricultural produce all over the country, both in urban and rural areas. Mr Vashadze further clarified that the context of the statement was to emphasise the low earnings in agriculture which is reflected in the rural population’s poverty.

The National Statistics Office of Georgia studies domestic household incomes. The population’s average monthly income distribution in rural areas is of particular note for our analysis. Firstly, GEL 57 is the average monthly income of domestic households countrywide from selling agricultural produce. Naturally, less people are employed in agriculture in urban areas and the average income from this field constitutes only GEL 7 whilst in rural areas the figure is GEL 133.

Of particular note is that the Giorgi Vashadze’s statement gives the impression that the total monthly earning of a rural family constitutes GEL 57. It is natural that agriculture is not the only source of income in rural areas. In accordance with the National Statistics Office of Georgia, the average monthly income of a domestic household was GEL 880 in rural areas and GEL 1,087 in urban areas in 2018. The total average income of rural domestic households from hired labour, self-employment, selling agricultural produce and property is GEL 448 whilst the additional non-monetary income equals GEL 143. Despite Giorgi Vashadze’s statement being substantially mismatched from the official statistical data, the context of the statement that the quality of life/incomes are lower in rural areas does correspond to the truth.

[1] It would be appropriate to name this figure for an illustration of the situation in rural areas if we implied incomes received from selling agricultural produce only instead of total incomes.