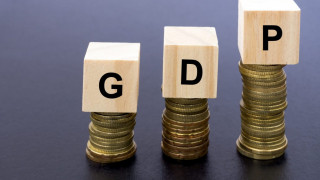 In the case of Georgia, as a result of the changes in the methodology, the 2018 nominal GDP increased by nearly GEL 3.5 billion, from GEL 41.1 billion to GEL 44.6 billion

In November 2019, it was announced that the National Statistics Office of Georgia had published new figures for the gross domestic product (GDP) based on the new methodology of the System of National Accounts which resulted in a growth of Georgia’s GDP. The growth rates vary in different years.

The gross domestic product is the total value of all finished goods and services produced within a country’s borders in one year. The GDP is one of the methods to calculate national income and production size and could be used as one of the indicators of a country’s standard of living. Naturally, the GDP is not an ideal indicator and given different methodological peculiarities or flaws, it cannot provide a perfect illustration of the existing reality. In terms of the accuracy as the indicator, one of the significant problems is the unregistered or shadow economy which results in the official GDP figure being lower as compared to its actual size. The shadow economy can be generally legal activity (for instance: unregistered legal activity, self-employment, domestic household, etc.) and illegal one (corruption transactions, prostitution, drug trade, etc.).

The GDP calculation methodology is given in the System of National Accounts (SNA). The SNA is the international standard elaborated by the United Nations, International Monetary Fund, European Commission, Organisation of Economic Cooperation and Development and the World Bank for the compilation of statistics as well as for the purposes of economic-statistical and international comparative analysis.

The SNA was first published in 1954 (SNA 1953) and since then has been subject to fundamental changes several times. The current changes in Georgia’s GDP figure was caused by transition of Georgia’s national statistics methodology from SNA 1993 standards to SNA 2008 standards. The main differences between the aforementioned two versions are as follows: improvements in the registration of assets and liabilities, introducing novelties into the financial sectors, reflecting increasing globalisation in the reports and a better description of public finances and the informal sector[1] (detailed information can be accessed in the textbook, page 524). The principal methodological difference in Georgia is related to changes in the Financial Intermediation Services Indirectly Measured (FISIM), the capitalisation of expenses associated research and processing, and improving the calculation of imputed rent on owner-occupied dwellings.

The improvement of sources is an important basis of GDP revision. This includes:

· Update of the interim consumption structure based on special research

· Special research on the unobserved economy in different sectors

· Research on economic entities trading at markets and market places

EU countries started transition to the new SNA methodology in 2014. Armenia, Turkey, Ukraine and Belarus also joined their ranks in 2015. Currently, 80 countries are using the SNA 2008 standard. As Europe’s experience shows, the change in the methodology causes the growth of the GDP figure. In EU countries, the GDP figure growth constituted nearly 3.7% and the growth was 18% in the case of Moldova.

In the case of Georgia, as a result of the changes in the methodology, the 2018 nominal GDP increased by nearly GEL 3.5 billion, from GEL 41.1 billion to GEL 44.6 billion.

Table 1: Nominal GDP Based on the Old and New Methodology

The real GDP growth percentage figures have also been changed.[1] As a result of the transition to the new methodology, the 2018 GDP growth rate increased by 0.1% whilst the 2014 figure decreased by 0.1%. In addition, the real GDP was calculated in 2015 prices whilst the past calculation was made in 2010 prices.

Table 2: Real GDP Percentage Growth Based on the Old and New Methodology (%)

The growth in the nominal GDP figure was reflected in the GDP per capita figure. The 2018 GDP per capita increased by GEL 955 and constituted GEL 11,968.

Table3: GDP Per Capita Based on the Old and New Methodology (GEL)

The change in methodology would have interesting consequences for certain limits imposed by Georgian legislation. For instance, the Law of Georgia on Economic Freedom decrees that theratiooftheconsolidatedbudget (as determined by the Budget Code of Georgia)deficittothe grossdomesticproductmustnotexceed3% whilst the ratio of government debt to the GDP must not exceed 60%. In the case of an increased GDP, there is a natural proportional increase in the nominal threshold of deficit and debt. The estimated figure for the 2019 consolidated budget deficit decreases from 2.54% to 2.34 and the consolidated budget deficit’s allowed estimated figure in the case of 2019 increases from GEL 1.34 billion to GEL 1.46 billion.

Graph 1: Changes in the Budget Deficit as a Result of the Updated Methodology

Graph 2: Changes in the Government Debt Figures as a Result of the Updated Methodology (%, GEL Billion)

The GDP for comparative analysis is of fundamental value for the main economic and financial indicators: budget figures, payment balance figures, etc. As a result of the changes, the relative figures decrease. Therefore, the past analysis, which was based on the SNA 1993, cannot be compared with the new or future new methodology-based analysis. Of note is that FactCheck’s conclusions and analysis are based on official, open data. The publication of new data should be reflected both in the analyses and statements of politicians and FactCheck. However, despite being legitimate, it is only natural that a past and current analysis would be somehow different given the updates in the methodology.

[1]As a result of the introduction of the new methodology, the share of the unobserved economy in the added value increased from 8.3% to 13%.

[1]Real figures exclude the inflation impact. The real GDP is calculated using prices from a base year.