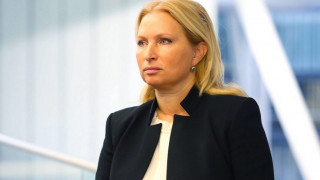 Resume: On 12 April 2019, the Standard & Poor rating agency published the latest assessment of Georgia’s credit rating.[1] It has been the first time when S&P revised Georgia’s rating since 2011. However, the agency left Georgia’s 2011 assessment of “BB-“ unaltered and only upgraded Georgia’s future outlook from stable to positive.

In the same period (22 February 2019), the Fitch rating agency also published an updated assessment of Georgia’s credit rating and contrary to S&P upgraded its own previous (16 March 2018) assessment of “BB-“ with a positive outlook to “BB” stable. This assessment is Georgia’s best result thus far. Therefore, in the beginning of 2019, Georgia climbed to a historical maximum in its credit rating. In regard to the “BB” rating, it is an average assessment and is considered a non-investment grade.

Another internationally acclaimed rating company, Moody’s, assessed Georgia’s credit rating for the first time in October 2010 and gave the country a “Ba3” rating with a stable outlook whilst in the latest assessment (September 2017), Georgia was upgraded to “Ba2” with a stable outlook. This position corresponds with Fitch’s assessment of the same period and is of an average grade. Moody’s has not updated Georgia’s rating.

The candidate for the Minister of Economy and Sustainable Development, Natia Turnava, at a presentation of the Government Programme in the Parliament of Georgia, emphasised Georgia’s progress in its credit rating in the last years and stated that every major international rating agency has upgraded Georgia’s assessment since 2017. As claimed by the candidate, Moody’s as well as Fitch in 2017 and Standard & Poor in February and March of 2019 upgraded Georgia’s credit ratings.

Countries compete in the world economy to attract foreign capital. Developing or less developed nations, which have their own limited resources, are particularly dependent upon foreign capital. In turn, creditors and investors make their choices by taking into account the rate of return and stability. In other words, they make calculations vis-à-vis possible profits and risks. The lower the risks (higher reliability), the lower the rate of return for the creditor or investor of the capital in exchange for which he is ready to invest his money in the country. Together with decreased risks, interest rates on credit resources also decline.

A country’s credit rating gives investors information about risk factors associated with investments in certain countries as well as the reliability of these countries. Dozens of agencies publish credit ratings althoughStandard & Poor’s (S&P),Moody’sandFitch are the most influential and famous among them.

Each credit rating agency employs its own methodology although basic indicators are the same and include economic indicators as well as a country’s domestic and foreign policies, regional processes and the environment. Political and economic stability is a necessary precondition for achieving a positive credit rating.

The Fitch credit rating agencydividescredit rating levels using letters of the Latin alphabet where D is the lowest and AAA is the highest.[2] A similar principle applies in other rating agencies. Apart from the rating itself, rating outlooks are also important. A rating outlook can be negative, stable or positive and indicates the expected direction of change in the rating in the nearest future. In turn the assessment is divided into investment and non-investment grades.

S&P brought Georgia’s rating back to a pre-crisis level in April 2010 and assessed it at a “B+ stable” again whilst in November 2011 upgraded the rating to a “BB-“ stable which was an improvement as compared to a pre-crisis assessment. In 2012-2018, S&P did not update Georgia’s credit rating. In accordance with the assessment of April 2019, as per S&P Georgia’s credit rating was not improved and remains at the 2011 position (“BB-“). It was only the forecast of expected changes that was altered and the stable outlook was changed to positive.

In the case of Fitch, Georgia’s return to a pre-crisis standing became possible only in December 2011 when the credit agency again gave Georgia a “BB-“ rating with a stable outlook. In October 2014, the rating outlook was upgraded and changed to positive although it decreased to stable again in April 2015. As of the March 2018 assessment, Georgia’s credit rating again returned to its best result of 2014 and the country was again granted a BB- rating with a positive outlook. Fitch upgraded Georgia’s credit rating in February 2019 for the last time and gave the country a “BB stable” which is the best result of the entire period.

Moody’s assessed Georgia’s credit rating for the first time in October 2010 and gave the country a “Ba3” rating with a stable outlook whilst in the latest assessment (September 2017) it upgraded the rating to a “Ba2” with a stable outlook. This position corresponds with Fitch’s assessment of the same period and is of an average grade. Moody’s has not updated Georgia’s rating.

[1]Potential debtor’s credit risk assessment which outlines the ability/capacity of an entity or a separate country to meet its own obligation.