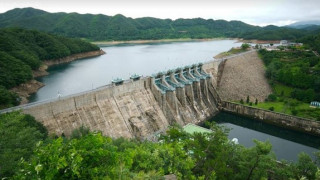 Do we really need HPPs?

As a result of the active campaign against building HPPs in Georgia over the last years, the construction of a number of large projects has been halted or the process is moving forward at a slower pace. At the same time, investors are facing significant hurdles to build smaller HPPs. In some cases, the questions raised in regard to certain projects are legitimate. However, against this backdrop, we now face a demonisation of this sector where any type of construction is automatically perceived as an unacceptable endeavour. Similar to any other construction process, the building of HPPs affects the environment. On the other hand, electricity is a resource and the economic development of a country as well as the well-being of its citizens is heavily dependent upon a continuous and sufficient supply of this resource. This article does not aim to discuss whether or not we should build HPPs in general or its separate types but, instead, aspires to make the public aware of today’s situation on the electricity market as well as the current trends.

The principal source of electricity generation in Georgia is hydro which accounts for 79.6% of the total generation. The share of thermal power plants (TPP) in total consumption is around 20.1% whilst the amount of wind-generated electricity is negligible at the moment. In 2012-2018, the total generation increased from 9.7 billion kwt/h to 12.2 billion kwt/h which constitutes a 25.3% growth. The respective data are given in Graph 2. Of note is that on average 38.3% of the total generation is from a separate entity; that is, the Enguri and Varndili HPP Cascade. Pursuant to a verbal agreement, 40% of the total generation of the aforementioned HPPs is delivered to Russian-occupied Abkhazia. This resource is the only source of electricity for Abkhazia. In order to meet the increased demand, 40% has not been a sufficient volume in the last years and, in fact, the occupied territory receives a relatively high share annually; that is, on average 44.8% of the HPPs’ generated electricity whilst receiving almost the full volume of generation during the so called “cold season.”

As of 2018, of the total volume of HPP generated energy, the share of regulatory HPPs is 58.3%, whilst seasonal and small HPPs account for 34.7% and 7% of generation, respectively. Graph 3 illustrates the trend of changes in structure.

As illustrated by the graph, the share of regulatory HPPs in the total amount of generation shrinks whilst the share of seasonal and small HPPs is characterised with a growth trend.

Electricity is a specific resource which cannot be accumulated at this stage. Therefore, the total demand on the network should fully meet the demand at any period of time. The peculiarities of consumption and supply make it harder to achieve this equilibrium. In particular, electricity consumption increases in the so-called “cold season.” In other words, consumption in winter significantly exceeds consumption in summer. At the same time, given environmental conditions, electricity generation in Georgia decreases in winter and increases simultaneously with rising temperature levels and water resources (April-June). Therefore, in cold seasonal periods, Georgia experiences an electricity deficit and has an electricity surplus in spring. This discrepancy is balanced by international electricity trade (export-import). In particular, in spring, when electricity is in surplus, Georgia sells energy abroad, mostly to Turkey. When electricity runs short, the country purchases energy mostly from Azerbaijan and Russia. The exported and imported energy ratio is an important figure, serving as one of the indicators of the country’s generator asset needs.

As illustrated by the graph, it was only in 2016 when Georgia had net export during the period of 2012-2018. Therefore, for the remaining period, Georgia was unable to generate sufficient electricity to meet its own consumption needs. Given the fact that the growth in generation substantially lags behind the growth in consumption in 2012-2018, this is an inevitable result. In 2017-2018, the annual deficit was 812 and 920 million kwt/h which constitute 6.8% and 7.3% of the total consumption, respectively. In regard to this year’s figures, in the first seven months of 2019, the deficit in consumption accounts for 476 million kwt/h which is nearly 6.3% of consumption. At the same time, this figure was only 0.1% in 2018.

The aforementioned figures indicate that given the current generation assets, Georgia fails to fully meet its own consumption needs and depends on imported energy in these last years. The current generator assets have their current ceilings of generation fixed whilst consumption increases hand in hand with the economy and, therefore, it is expected that the current deficit will expand further. The way to offset the deficit implies a choice between an increased dependency on imported energy and the construction of generation assets in the country. The alternative is to reduce consumption by a significant hike in tariffs which will negatively affect both the population’s well-being and the competitiveness of the economy. At the same time, this could be only a temporary solution to the problem.

Each of the aforementioned options has its own positive and negative characteristics. FactCheck will come back to these aspects in the nearest future.