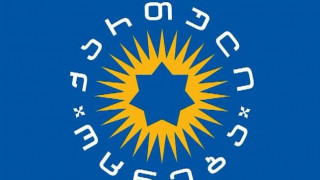 Tear gas and rubber bullets are not our style

Verdict: FactCheck concludes that this statement is a LIE.

In the wake of the protest rally which was cracked down by riot police on 21 June 2019, a member of the Parliamentary Majority, Mamuka Mdinaradze, stated: “Tear gas is not the Georgian Dream’s style.”

On 20 June 2019, at 23:50, when the protest rally in front of the Parliament of Georgia was ongoing, the Prime Minister of Georgia, Mamuka Bakhtadze, made a statement of a similar rhetoric live on TV: “Information circulates throughout social networks and UNM-controlled media that we use rubber bullets, different types of gas, etc. This has never been the style of the Georgian Dream and it never will be when we speak about our peaceful citizens.”

In accordance with the Prime Minister’s aforementioned statement, none of the officials made a warning about the use of force and the public, too, did not anticipate such a threat. However, in exactly six minutes after the Prime Minister’s statement, at 23:56, tear gas was used to disperse the rally which was later followed by rubber bullets targeting peaceful citizens.

In accordance with the assessment of Humans Right Watch, an international human rights organisation, riot police in Tbilisi fired rubber bullets and used tear gas without warning against thousands of non-violent protesters. As a standoff continues between protesters and law enforcement, it is urgent for the authorities to instruct the police to adhere to the rules on the use of force under international law. These rules require the police to use only strictly proportionate force in response to any threat posed by protesters and to resort to measures such as rubber bullets only as a last resort.

Contrary to the norms indicated by Human Rights Watch, 240 people in total were injured, including around 80 policemen, as a result of firing rubber bullets and the use of tear gas against non-violent protesters. After the crackdown with rubber bullets, two civilians lost their eyes, including an 18 year-old girl who was not taking part in the protest and was just a passer-by. In the process of the crackdown on the rally, at least 31 media representatives were injured. Some of them needed surgical intervention whilst some of them were physically assaulted by the law enforcers themselves.

Since the night of 21 June, photo and video evidence of riot police using disproportionate force has been circulating in a non-stop regime: link 1 and link 2.

It is unclear for FactCheck what the authorities meant when they claimed that tear gas and rubber bullets are not their style or what is even meant by “style.” Yesterday’s facts, however, demonstrate a different reality. Taking all of this into account, the statements of the government officials are lies.