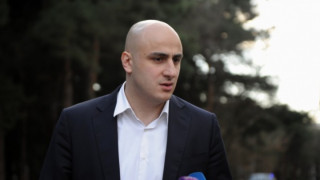 Taking bribes has increased by 90%

Of note is that the increase in this figure does not automatically mean increased bribery as a separate type of crime. In particular, as stated by the Minister of Internal Affairs, Giorgi Gakharia, it is not excluded that bribery figures have been affected by rejecting the practise of past years – altered and suspicious statistics – and by systemic reforms (such as an increase in registering and reporting crimes) implemented in the last year. However, it would not be appropriate to completely dismiss a possible growth in cases of bribery.

As mentioned by Giorgi Gakharia, it is not proper to compare data registered under his tenure to that of the previous years owing to a number of objective circumstances. However, the Minister himself has stated multiple times that beginning from March 2019 it would be possible to use crime statistics to assess the criminogenic situation in the country. Of the publicly available statistics at the present moment, the most current are those for March and January-March (first quarter). As stated by the Ministry of Internal Affairs, a large analytical document is to be published in the nearest future which will better illustrate the existing situation in regard to each type of crime and the criminogenic situation in general.

Although the figures in Nika Melia’s statement do correspond to the truth, it is difficult to determine what caused the increase in bribery figures (whether the crime itself has increased or the growth was stipulated by reforms). Therefore, at this stage FactCheck leaves Nika Melia’s statement without a verdict. After the Ministry of Internal Affairs publishes data about the next periods, we will offer readers updated information.

On 2 May 2019, MPs attended the presentation of a report delivered by the Minister of Internal Affairs, Giorgi Gakharia. The Minister provided assessments of the Ministry’s performance for the last year and placed particular emphasis on the growth of crime statistics. One of the United National Movement leaders, Nika Melia, pointed out increased cases of bribery. As stated by Mr Melia: “Taking bribes has increased by 90%.”

Nika Melia did not specify exactly what period he had in mind. However, it is only logical to assume that the MP made his statement based on the data for January-March because this was the newest information vis-à-vis published statistics of registered crime at the time of his statement.

An increase in registered crime does not automatically mean increased bribery as a separate type of crime. It is possible that the sharp growth of the figures for this crime is stipulated by carrying out a stricter policy, reforms implemented aiming to identify them, better reporting and rules for improved registration. However, the growth of bribery cases per se also should not be excluded.

In addition, there is one important factor and the Minister of Internal Affairs has emphasised it multiple times. As clarified by Giorgi Gakharia, the rules for compiling statistics have been drastically altered under his tenure as the Minister of Internal Affairs. In particular, the Ministry refused to alter statistics and started to focus on showing the real picture as much as possible (the Minister clarified that the quality of crime identification as well as crime reporting and registration had been improved) which was followed by an increase in the number of largely latent crimes (see FactCheck’s opinion). Therefore, when speaking about taking bribes, it is not excluded that the sharp growth of this figure might be the result of the aforementioned reforms.

Of interest, however, is how long the effect of the reforms can last and, therefore, when will we be able to see the real picture based on statistical data.

On 18 May 2018, at the Plenary Session of the Parliament of Georgia, Giorgi Gakharia stated with confidence before the MPs that the results of the reforms undertaken by the Ministry of Internal Affairs should be visible by the end of the year and should be reflected in statistical data as well. Mr Gakharia stated: “I can state with absolute sincerity that there will be a tangible result of the reform by the end of the year and we are confident that this result will be reflected in statistical data as well. There cannot be a sharp drop, something similar to the example you provided – 20% in one year – certainly. It cannot be so. It should be quite a sustainable and stable decrease as well as rational.”

On 21 December 2018, the Minister of Internal Affairs again spoke before the Parliament of Georgia and affirmed once more that the Ministry of Internal Affairs has made certain steps to refine its statistics and ensure accuracy and stated that it would be possible to speak about the increase or decrease in crime figures based on statistical data from the beginning of March 2019. The Minister stated: “The publication of statistics started precisely a year ago, from January, and the correct, open and objective publication of statistics will fully concern this year until March. If we would like to be objective, we shall really speak about an increase in crime statistics from the beginning of March. That would be an objective reality because the transitional period will be visible after March.”

Given these statements, speaking about an increase or a decrease in specific types of crime can be relevant from the beginning of March. It is not specified, however, how useful March’s data would be. It is possible that Giorgi Gakharia was having April statistics in mind; that is, statistics after the month of March. In addition, it is also not specified in the Minister’s statement whether or not we should take into account the January-March (cumulative) statistics or the March statistics alone. If we compare March 2019’s statistics to the statistics of the similar period in 2018, we shall see that cases of bribery increased by only 15%.

Statistics for April and, respectively, for January-April are not yet available. FactCheck will continue to monitor statistics and provide readers with updated information.