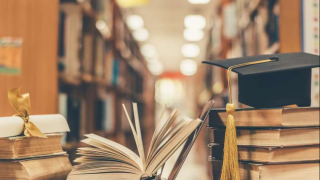 In 2004-2019, a total of 11 Ministers of Education were replaced in Georgia which means that there was a new minister on average every year. None of the ministers occupied their position for longer than three years and a few of them only stayed in office for a couple of months. Upon their appointment, each minister announced a new wave of reforms in Georgia’s education system and started to carry out their functions in line with their new and their own vision.

The new Minister of Education, Mikheil Batiashvili, has not been an exception in this regard. On 12 July 2018, the Prime Minister of Georgia, Mamuka Bakhtadze, nominated Mr Batiashvili’s candidacy for the position of the Minister of Education. On the same day, Mr Batiashvili stated: “One of the main directions will be fundamental changes and the implementation of reforms at all five stages of education[1] which would give us a new system based on innovations and technology.” Of note is that the vision of one of his predecessors, Aleksandre Jejelava, was also based on the development and introduction of technologies. Upon his appointment to the position of Minister of Education, Mr Jejelava stated: “We will try to make an emphasis on the usage of technology – this will be our main direction.” However, Aleksandre Jejelava never presented any project oriented at the development and introduction of technologies.

On 7 February 2019, Mikheil Batiashvili appeared[2] in the Parliament of Georgia and spoke about potential changes in the education system. The Minister stated that the reforms he announced differ from the reforms of his predecessors by their systemic and complex approaches. In particular, Mr Batiashvili claimed: “This is a reform of an entire system, a systemic change which encompasses all directions and concerns pre-school education, schools, vocational education, higher education and science.” Despite this statement, he is not the only minister who announced a wave of systemic and complex reforms. In the 2014 strategy of the Government of Georgia, entitled Georgia 2020, there are similar visions in regard to education. The same systemic reforms were announced in the 2016 Strategy of the Government of Georgia, entitled Freedom, Rapid Development and Welfare. The idea of reforming the education system, which is given in this strategy, implies the transformation of the current education system into a more efficient, result-oriented, competitive and equally accessible system. Mr Batiashvili’s vision implies the same and, therefore, is nothing new for the public.

In a few days after the announcement of this decision and after 12th graders from several schools protested this “unequal treatment,” the Prime Minister, Mamuka Bakhtadze, held a special briefing and announced that 12th graders would also not have to pass the 2019 school graduation exams as per his decision. In particular, Mr Bakhtadze stated: “I made a decision to abolish school graduation exams in this same year for both 11th and 12th graders.” The Prime Minister and the Minister of Education were extremely confident when speaking about the abolition of these exams as if their decisions alone were enough to make this happen. We contacted the hotline operators at the National Assessment and Examination Centre and asked whether or not school graduation exams had been abolished. We were told that the exams had indeed been abolished based on the Minister’s decree. We also inquired how it was possible to abolish a law only by a Minister’s decree but they did not have an answer. For nearly two months, the public has been misled about the abolition of the exams. Unfortunately, representatives of the Ministry of Education themselves were one of the facilitators for circulating this inaccurate information. The mandatory nature of school graduation exams was determined by the Law of Georgia on General Education[3] and, therefore, only the Parliament of Georgia is authorised to amend it.[4] In fact, the law was actually amended on 8 April 2019 when the Parliament of Georgia voted in favour of the abolition of school graduation exams.[5]

Since 2012, the new Government of Georgia has fundamentally altered its approach in regard to exams in the education system. Whilst the previous government gradually started to introduce exams,[6] the new government opted for the policy of the gradual abolition or/and leaving the exams only for the sake of formality.

In this cycle of abolishing exams or leaving them for the sake of formality, the first one was the teacher certification exams. In particular, after amending the law, it became a mere formality. In accordance with this version of the law which was in force prior to 2017, if a practitioner teacher failed to pass an exam in the course of three years,[7] the secondary education institution cancelled its labour contract with him. As per the decision of the former Minister of Education, Aleksandre Jejelava, that rule was changed in 2017 – the threshold was abolished and the practitioner teacher, if he failed to get enough credit points, no longer had to leave the school but there was an obligation to work for a status upgrade. Despite this, however, there are no regulations which can be applied if a teacher fails to respect this obligation. As stated by Mr Jejelava: “Qualification needs to be recognised and improved but I am ashamed to test a person who has been teaching for 30 years. Teachers should not be tested – they were tested by life and a myriad of vicissitudes and difficulties. We can only help them and lend a helping hand.” Prior to the then Minister Jejelava’s decision, nearly 80% of teachers who took the exam failed to surpass the minimum threshold of competence.

It is difficult to argue without reservation whether or not the introduction/abolition of exams is good or bad. Finnish and Estonian education models, which are recognised as one of the best by all education rankings, have different approaches to this issue. There are exams at almost any stage in the Estonian model of the education system whilst the Finnish model is relatively free from exams. It is obviously incorrect to assert that one of these models is better than the other. These countries, whilst implementing their own systems, took guidance not from one unique model but from a combination of many successful reforms and tailored them to their different environments and publics. However, even in the Finnish model, which as mentioned previously is relatively free from exams, school graduation exams are still in place. School graduation exams are held in successful countries in terms of education such as the USA, Germany and Austria. These countries are also in top positions in international education rankings (PIRLS, TIMSS, PISA, TEDS-M and TALIS).

One of the main arguments for Mikheil Batiashvili’s decision to abolish school education exams is because schools are oriented on exams instead of on learning. The Minister believes that a strong and independent school should be oriented on acquiring knowledge instead of being focused on the preparation for exams. He believes that Georgian schools today are more concentrated on exams rather than on learning.

The practise of successful countries demonstrates that the existence of school graduation exams does not mean having an exam-oriented school. School graduation exams, in their essence, imply that a student has to meet the minimum standards which a school gives him for the 12 years of study. School graduation exams are not meant to be focused on a specific programme. Instead, they measure a student’s minimum specialised knowledge and skills which are necessary to move to the next stage. If Georgian schools do not serve this purpose, then the problems are within the schools and not because of the existence of exams.

Some experts working in the education field believe that the National Assessment and Examination Centre does not work fairly and transparently. They indicate a possible corruption scheme and deals where the Centre could be potentially involved and, therefore, they welcome the abolition of the unified exams. However, this argument warrants severe criticism. If the National Assessment and Examination Centre does not carry out its functions properly and there are signs of corruption, the Minister of Education has to make efforts to modify the Centre, eradicate corruption and ensure the Centre’s proper functioning. Abolition of school graduation exams will not solve the Centre’s problems. Furthermore, the Centre will still retain the responsibility to hold the unified national exams.

Proponents of keeping school graduation exams argue that the results of these exams are the only quantitative indicators which the government can use to evaluate school education. These exams show how school education evolves from year to year, which school subject shows deficiencies and where relevant state intervention is needed. In addition, the abolition of school graduation exams will drain this minimum incentive among students which pushes them toward their active involvement in the learning process. If the Ministry of Education believes incentive to be a problem, then before the outright abolition of the existing mechanism it has to come up with new incentives. It is a fact that school graduation exams have been abolished but there is no alternative for their replacement.

The issue of school graduation exams is only one component of the problems in the Georgian education system. In any case, abolishing or keeping the exams, as well as the purpose of any other reform, should be based on research evidence. Naturally, the leadership of the Ministry of Education plays a big role in implementing the reforms but the unfortunate reality is that replacing ministers every year and the reforms announced by the new ministers have not yet brought any tangible progress to the field of education.

[3] Law of Georgia on General Education – Article 6, subsection A.

[4] Amending a law, inserting new passages or/and abolishing them is strictly a competence of the Parliament of Georgia.

[7] In this time, a teacher was eligible to take an exam six times.