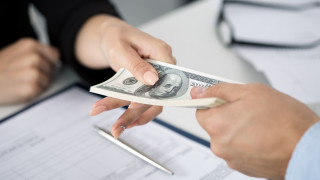 New Lending Regulations – New Barriers for the Consumer and for Business

The Government of Georgia has enacted a number of legislative changes in response to the existence of extensive debt in the country and the need to reduce it. The essence of these changes is to make borrowing more difficult for those individuals who might not have sufficient income to service their loans.

The Regulation on Credit Concentration and Large Risks in Commercial Banks was amended on 17 April 2018 with a view to addressing the debt problem. These amendments have entered into force since 7 May 2018 resulting in more restrictions for lending without a prior comprehensive analysis of a consumer’s solvency. A ceiling of 25% of a commercial bank’s supervisory capital was imposed for those requesting a loan without a solvency analysis. It was the position of the National Bank of Georgia that reducing the issuance of retail loans for individuals without proof of income would contribute to improved credit standards in the banking sector and help the quality of the credit profiles of commercial banks.

A more restrictive regulation has been in force since 1 January 2019. The respective legislative act (an Order of the President of the National Bank of Georgia on the Approval of Regulations for Lending to Individuals) was adopted on 24 December 2018. The decree is mandatory for any institution which issues loans to an individual, including commercial banks, microfinance organisations, etc. Article 3 of the Decree defines the responsible lending principles and ascertains the importance of the solvency analysis which implies: a) a detailed analysis of an individual’s incomes, expenses and total obligations as well as a verification of the need for the loan, b) reasonable efforts to verify the accuracy of the provided information, c) verification of the individual’s credit history, d) taking into account all other additional factors which could affect loan service and e) determining the debtor’s ability to service his loan without significant financial difficulties based on the collected information. Apart from the necessity of the solvency analysis, Article 3 requires additional conditions which include the requirement that the difference between the debtor’s net income and the loan should not be less than the subsistence minimum (currently, the subsistence minimum is GEL 176).

Article 4 of the same decree requires the compatibility of the payments-to-income (PTI) ratio and the loans-to-value (LTV) ratio. The set numbers of the respective coefficients are given in Table 1.

Source: Decree N281/04 of the President of the National Bank of Georgia issued on 24 December 2018

For instance, a person with a GEL 1,000 monthly income can take a loan only in the case if his monthly loan service expenses will be within the margins of GEL 200-350. The upper ceiling of the limit depends upon the structure of a person’s income and the duration of the loan.

Of note is that certain questions have been raised in regard to the achievability of the declared goal of the legislative changes. Excessive debt[3] is largely stipulated by the high demand on a credit resource which pushes borrowers to pay little attention to a loan’s terms; that is, they accept credit with any conditions. Regulations do not affect the demand on a credit resource (they do not change a borrower’s mind in terms of taking a loan) and only legally limit demand whilst simultaneously reducing the credit supply. As a result, the gap between supply and demand widens and an unsatisfied demand[4] is created. Satisfying this demand becomes commercially attractive but legally impossible. Therefore, it increases the amount of individuals who are willing to borrow but have this right curtailed. It is logical to assume that these individuals will try to get loans through bypassing official institutions and procedures. Theoretically, the volume of shadow deals could increase which is an unacceptable scenario. However, the National Bank of Georgia, which theoretically possesses the most comprehensive information about the existing situation, does not see any risks in this regard.

As for the potential impact of these new regulations upon the business sector, it is obvious that stricter procedures of lending will negatively affect the total amount of approved loans. Therefore, demand will also decrease. In other words, if it gets difficult for a bank to issue a loan, the access of individuals to credit resources becomes limited which in turn decreases their ability to purchase goods and services. Therefore, regulations will affect not only financial institutions but other stakeholders involved in selling goods and services. Of particular note is the impact upon those businesses where a large part of sales is instalment buying (electronics shops, construction companies). A decreased turnover will negatively affect economic growth in general. Given the decreased income, some of the companies will have to optimise expenses which, as expected, will result in cutting the number of employees as well as their salaries.

Given their own commercial objectives, businesses are reluctant to disclose detailed information. However, certain companies have already stated their assessments. In accordance with Electronika, an electronics and appliances shop network, the share of instalment buying prior to the launch of the regulations was 60-70% in total sales but it dropped by 50% after the regulations came into force. The founder of Techno-Boom, without providing specific figures, admits decreased sales and adds that the share of instalment buying in total sales dropped from 70% to 20%. The Beko appliances shop network had to reduce selling prices (by 10-15%) in order to avoid a decrease in both sales and profit margins.

The Developers Association also underscores a reduction in mortgage loans. As stated by the head of the Developers Association, the issuance of mortgage loans has decreased tenfold as compared to January of the previous year. The president of the Association of Banks refrains from giving specific figures but confirms that instalment buying and mortgage loans have decreased significantly. In turn, the head of the Microfinance Association also clarifies that the changes enacted since May 2018 have already negatively affected sector development and resulted in a slowed growth of the credit portfolio and increased risks. Besik Shengelia, of Lazika Capital, provides an example from his own organisation and states that credit portfolio growth was planned at 40% whilst in fact it constitutes 15-20%.

In conclusion, it can be said that the lending regulations which have been into force since January 2019 are very strict and will negatively affect both financial organisations as well as the ones providing goods and service and which eventually will impede economic development. There are already reports in regard to the initial negative effects caused by the aforementioned legislative changes. However, not enough time has passed for making a complete factual assessment. Perhaps, we are seeing a negative impact in the period immediately following the launch of the new regulations; that is, before businesses have had a chance to adapt to the new regulations with the negative impact subsiding over time. In particular, the organisations which were negatively affected will try to find new ways to work under the new regulations. Of note is that the National Bank of Georgia believes that the negative impact caused by the new regulations is an acceptable price in order to achieve the declared goal. In accordance with the National Bank of Georgia, the scale of excessive debt and the number of so-called blacklisted individuals would have hit a critical point in the nearest future and this would have had a much more painful impact upon the country’s economy in the mid-term and long-term perspectives as compared to the new regulations.

[1] An individual is considered as a hedge borrower against a specific currency if his monthly disposable income is not less than the net income required for loan service in the same currency.

[3] If we assume that the excessive debt problem is real.