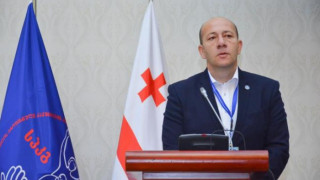 Georgia is obliged to introduce unemployment benefits before 2021. This is envisioned by the Association Agreement

Verdict: FactCheck concludes that Irakli Petriashvili’s statement is a LIE.

Views: 2307
Lie
The statement is inaccurate and the assertion in it is absurd
Facebook Linkedin Twitter Print

The 14th Chapter of the Title VI attaches importance to a decent work agenda, employment policy, social dialogue and social protection. However, a specific directive about the obligation to introduce unemployment benefits cannot be found.

In regard to the DCFTA part, it requires the implementation of standards envisioned by the International Labour Organization (ILO) conventions into Georgia’s legislation and legal practice. As a part of the DCFTA, Georgia is obliged to ratify and enter into force 18 ILO conventions. Georgia already joined the ILO with 16 of the aforementioned 18 conventions. Passages about unemployment benefits are given in the 168th and 102nd ILO conventions, of which Georgia is not a part, with the DCFTA not requiring Georgia to join these conventions.

Although the EU-Georgia Association Agreement particularly emphasises the significance of trade unions in the labour rights component and obliges Georgia to make certain actions (effective labour inspection, liquidation of all forms of discrimination in the workplace, improving the Labour Code) to ensure social equality, any passage about the mandatory introduction of unemployment benefits cannot be found.

Head of the Georgian Trade Unions Confederation, Irakli Petriashvili, stated on air on Radio Palitra: “Georgia is obliged to introduce unemployment benefits before 2021. This is envisioned by the Association Agreement.”

InJune 2014,the EUandGeorgiasigned anAssociation Agreement(AA) which entered into forceon 1 July 2016. The agreement aims to facilitate political and economic integration between the parties which will be built on shared values and close ties. Among other things, this includes increased Georgian involvement in EU policy, programmes and agencies.

Issues of employment, social policy and equal opportunities are governed by the 14th Chapter of the Title VI of the Association Agreement. The aforementioned section particularly emphasises the importance of a decent work agenda, employment policy, health and safety at work, social dialogue, social protection, social inclusion, gender equality, anti-discrimination and corporate social responsibility. Therefore, EU-Georgia cooperation in this regard should include the promotion of active measures for labour market and efficient employment services, employment policy oriented at a better workplace and decent work conditions, inclusive labour markets and social policy focused on the enhancement of social security and social protection systems (in terms of equality, affordability and financial sustainability). However, the latter does not include a specific directive about the introduction of unemployment benefits.

Apart from the aforementioned, directives about employee labour right protection policy are given in the Deep and Comprehensive Free Trade Agreement (DCFTA) component of the EU-Georgia Association Agreement. As the research study conducted in regard to employee labour rights envisioned in the Association Agreement concludes, as a part of the trade and sustainable policy goals, the only requirement for Georgia is to implement the standards defined by the International Labour Organization’s (ILO) conventions in its legislation and legal practice. Georgia has committed itself to join/ratify 18 ILO conventions. Of these conventions, 16 were ratified in the period of 1994-2004. From 2004 to 2014, however, Georgia has not joined any other ILO conventions. In the DCFTA part of the EU-Georgia Association Agreement, the ILO’s 87th, 98th, 29th, 105th, 138th, 182nd, 100th and 111th conventions are recognised as fundamental conventions and all of them have been ratified by Georgia. The 122nd, 144th, 81st and 129th conventions are given priority status and Georgia has ratified the first two of them. In regard to unemployment benefits, this is envisioned by the 168th and 102nd ILO conventions of which Georgia is not a signatory. These conventions also do not belong to the ILO fundamental conventions category and, therefore, it is not mandatory for Georgia to be a part of them.

The EU-Georgia Association Agenda does not mention any obligation to introduce unemployment benefits. In the part dedicated to trade unions and employees, emphasis is made on the necessity to establish labour inspection. As a part of the medium-term priorities, the EU-Georgia Association Agenda names implementing and bringing the Labour Code in line with ILO standards, the continuation of work to establish an effective labour inspection and improving social dialogue through cooperation with the ILO.