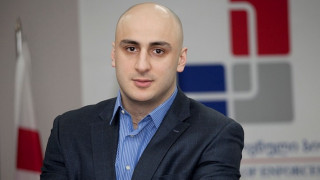 The statement highlights multiple times that the line between state and one particular party (the ruling party – Georgian Dream) was blurred. It adds that administrative resources have been misused and there were facts potentially affecting the citizens’ ability to vote freely. Senior state officials were involved both directly and indirectly to contribute to the victory of an independent candidate. Institutional websites were used for campaigning for Salome Zurabishvili, a presidential candidate, whilst future allocation of budget funds indirectly affected the outcome of the elections.

On 19 September 2018, the OSCE office for Democratic Institutions and Human Rights (OSCE/ODIHR) formally opened an election observation mission. The mission consisted of core team of 14 experts, 28 long-term observers[1] and 350 short-term observers.[2] The mission assessed both rounds of the presidential election for their compliance with OSCE commitments and other international obligations and standards for democratic elections, as well as with national legislation. The mission assessed the presidential elections not only by direct observation (observation of voting on both election days), but by studying the election environment as well.[3] In the course of its observation, the mission met with representatives from state authorities and political parties, as well as with the opposition and the candidates.

Of note is that the other election monitoring delegations, such as the OSCE PA, Council of Europe PA, European Parliament and NATO PA delegations work in concert with the OSCE/ODIHR mission. Therefore, OSCE/ODIHR election observation mission’s assessments and reports are universally recognized by the international community.

OSCE observation mission usually presents the final report about elections approximately eight weeks after elections are finished. Given the fact that the second round of Georgia’s presidential election was held on 28 November 2018, OSCE observation mission’s final report is expected to be published by the end of January. However, before the publication of the final report, OSCE presented several interim assessments, which include the statement of preliminary findings and conclusions in regard to run-off.

In accordance with the OSCE/ODIHR international election mission’s statement of preliminary findings and conclusions, there was increased misuse of administrative resources,[4] which blurred the line between one particular party (meaning the ruling Georgian Dream party, which endorsed the independent candidate, Salome Zurabishvili) and state. Facts of use of administrative resources started to happen more frequently between the first and second rounds. Senior state officials, used institutional websites in the purpose of election campaigning. For instance, several articles covering activities of the Chairperson of the Parliament that contained features of election campaign were posted on the Parliament’s webpage.

In addition, senior state officials were involved in election campaign, where the Government of Georgia had no official candidate. For instance, the posters of the Prime Minister, Minister of Health and Social Affairs, Speaker of the Parliament and Mayor of Tbilisi appeared next to Salome Zurabishvili’s campaign posters and in TV ads. These facts serve as yet another proof that the line between party and state was practically non-existent.

Apart from misuse of administrative resources, election outcomes were indirectly affected by the announcement of number of social and financial initiatives, including the large-scale debt relief programme for 600,000 individuals. This was especially important given the fact that the founder of the financial organization (Cartu Foundation) which came forward as a guarantor of debt relief programme, is Bidzina Ivanishvili, chairperson of the Georgian Dream. In accordance with the OSCE/ODIHR mission conclusions, the Government of Georgia’s initiative, during the campaign period, could amount to vote buying, which is prohibited by the Criminal Code of Georgia. Article 164 of the Criminal Code and article 47 of the Election Code prohibits electoral subjects to offer, promise or provide funds or property to the citizens for election purposes.

Of note is the issue of use of budgetary resources. Whilst criminal liability does not attach for promises related to future distribution of budgetary resources, ahead of the run-off election, in accordance with the OSCE/ODIHR findings, the government and local self-government bodies promised to provide property to specific groups of the population, for instance, construction of residential buildings in Tskaltubo and Zugdidi for 780 IDP families and transferring the ownership of Legion apartments owned by the Ministry of Economy to the residents, a pilot program to provide 413 socially vulnerable families with food products worth of GEL 40,000 GEL in Zugdidi.

OSCE/ODIHR election observation mission assessed all the aforementioned facts as the blurred line between party and state. However, in accordance with the paragraph 5.4 of the OSCE’s Copenhagen Document, there should be “a clear separation between the State and political parties”. In accordance with the section II.B.1.1 of the OSCE/ODIHR and Venice Commission’s Joint Guidelines for Preventing and Responding to the Misuse of Administrative Resources During Electoral Processes, adopted in 2016, “The legal framework should provide effective mechanisms for prohibiting public authorities from taking unfair advantage of their positions by holding official public events for electoral campaigning purposes, including charitable events, or events that favour or disfavour any political party or candidate.”

In addition with the aforementioned facts, OSCE/ODIHR international election observation mission’s interim report includes some other interesting findings. Once the mission publishes its final report, FactCheck will offer full overview of the reports.

[2] Election observers who were distributed to the polling stations.

[3] Observers will closely monitor candidate registration, campaign activities, the work of the election administration and relevant governmental bodies, election-related legislation and its implementation, the media environment, and the resolution of election-related disputes.

[4] The misuse of administrative resources is defined as the use of state-owned premises, means of transportation or communication or state-funded events for the purpose of campaigning by a public official. Certain categories of public officials are forbidden to campaign at all times: election commissioners, judges, Auditor General, officials of the Prosecutor’s Office, foreigners, charitable and religious organizations, etc.