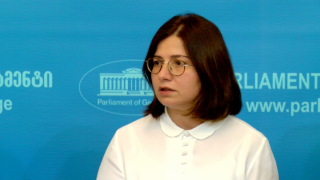 Road projects are stalled. Construction completion deadlines are violated and delayed for months or years

Resume:There are problems in the construction of roads indeed. Construction completion deadlines for certain road sections are violated and there are significant setbacks. In accordance with the Government of Georgia’s Four Point Plan, construction of high-speed highway should have been completed by 2020. However, in accordance with the official information of the Government of Georgia, construction completion deadlines for certain sections (in particular, Chumateleti-Khevi, Khevi-Ubisa, Ubisa-Shorapani and Shorapani-Argveta sections) have been moved and construction will be completed in 2020-2021.

At the session of the Parliament of Georgia, European Georgia – Movement for Freedom member, Irma Nadirashvili stated: “For what do we pay billions, when road projects are stalled? Construction completion deadlines are violated and delayed sometimes by months or years. Why were the companies with questionable reputation entrusted with the most expensive projects? For instance, I would like to mention Sinohydro company, which was awarded GEL 710 million project. This company is heavily sanctioned by the World Bank and banned to take part in tenders. They were blacklisted. In addition, where has the Ukrainian company Altkom dissappeared, which took GEL 47 million as an advance payment?”

Prior to 2016 Parliamentary Election, the Georgian Dream – Democratic Georgia presented an election programme and the Four Point Plan of the Government of Georgia was its integral component. In accordance with that plan, construction of east-west high-speed highway should have been completed before 2020. Later, the Ministry of Regional Development and Infrastructure published a list of projects scheduled to be completed in 2017-2020 and in accordance with that list, construction of high-speed highway will not be completed in 2020. In particular, instead of originally scheduled date of 2019-2020, construction of Chumateleti-Khevi, Khevi-Ubisa, Ubisa-Shorapani and Shorapani-Argveta sections will be completed in 2021-2022 (see FactCheck’s article).

The Head of Roads Department of Georgia, Irakli Karseladze, emphasizes hindrances in the road constructions process and underlines several projects. In particular, construction is hindered at all four sections of Samtredia-Grigoleti road. The second section of the road, where construction works are carried out by Sinohydro, is especially problematic. In accordance with the initial project of the section, road should be built on concrete piles (because it was a swamped territory). The company demanded to change project in the middle of construction process and installed wick drains instead. However, use of wick drains did not bring intended results and slumps (deformation, lowering of surface) occurred at certain places, which hindered road surface construction works. At the present moment, Sinohydro carries out necessary works to address the flaws with its own funds. There are the same problems at the fourth section of the road. Construction of that section should have been completed by the end of 2016.

In accordance with the information of the Roads Department of Georgia, works were stopped at the first section of Samtredia-Grigoleti road. Construction works were carried out by Altkom there and these works should have been completed as early as in summer 2016. The company has completed only 24% of total works. At the present moment, Roads Department of Georgia is involved in legal proceedings to reclaim the advance payment (EUR 18,338,910) from Altkom. Construction works at the aforementioned section will be resumed soon and this time it will be Accord, who has won an international tender.

Construction works at the third section of Samtredia-Grigoleti road, which should have been carried out by the Italian company Todin, was scheduled to be completed in 2018. However, construction works have not yet been started. Roads Department of Georgia considers a possibility to terminate the contract.

There are setbacks at both sections of Zemo Osiauri-Chumateleti road. In one case, it was the contractor company, which started construction works belatedly, whilst at the second section bridges construction works have not yet been started.

In addition, according to the Head of Roads Department of Georgia, there are certain setbacks in regard to mountain roads project. Of GEL 70 million allocated funds, only GEL 13 million has been used.

In regard to Sinohydro’s international experience, based on research study of Young Lawyers NGO, the company is involved in different infrastructural projects throughout the world. Georgia is not the first country, where Sinohydro encountered problems and was accused in dishonest fulfillment of its contractual obligations. In Uganda, Sinohydro offered contradictory of local legislation contract to thr workers employed as part of road infrastructural project, which caused uproar in the country. Investigation, carried out by the group of African Development Bank, demonstrated that the company was involved in fraudulent practice. Therefore, in June 2017, African Development Bank blacklisted Sinohydro. 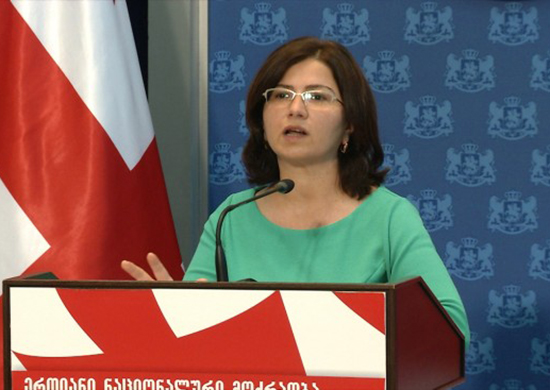