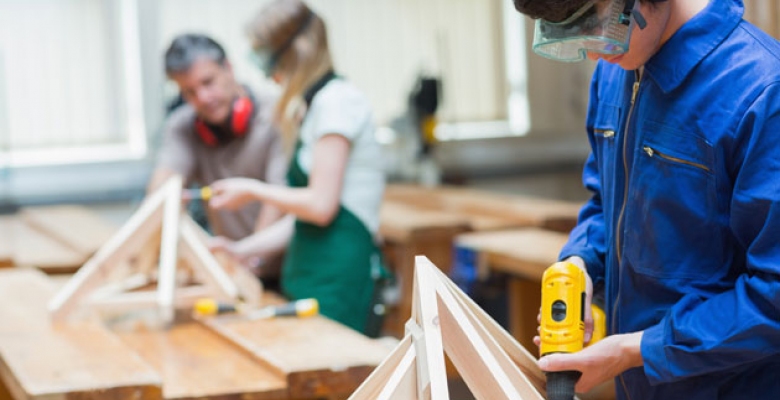 Challenges of Vocational Education in Georgia

Vocational education is one which prepares individuals to work in the trades, craft, as technicians

which offers long-term results for a country along its path to development.

on 23 April 2007. This law represented the first step forward in order to solve the significant problems within the vocational education system.

Table 2: Enrollment of Student in Private Vocational Education Schools Based on Status and Type of School (2013-2017)

Another important trend is also of note. There is a huge disproportion between those wanting to study in higher education establishments and those going to vocational schools. For instance, vocational schools admitted 16,416 applicants in total in 2017 whilst 28,026 students enrolled 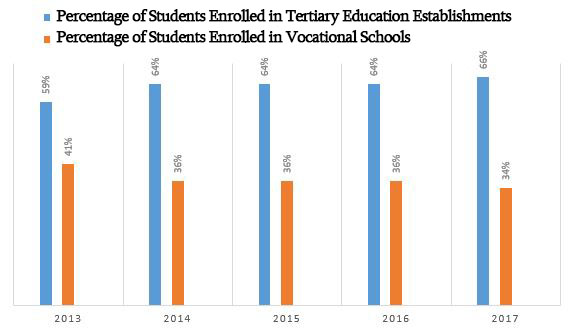 of available jobs in the country.

Source: Ministry of Education, Science, Culture and Sport In 2015, the Ministry of Health, Labour and Social Affairs of Georgia commissioned a research study on the labour market demand which was carried out by BCG LTD. As a result of data generalisation, BCG found out that a total of 908,374 people are employed in 63,387 organisations throughout the country. Of this amount, the largest number of these organisations (32,486) is located in Tbilisi which means that the capital has the highest number (497,135) of employed persons. The research also illustrated that of those employed, most (49%) are individuals with a tertiary level education and who possess relevant professional competencies. In terms of the minimum qualification level demand, individuals with a secondary education (31.09%) constitute the second largest group of those employed which indicates the abundance of low-skilled jobs. Of note is the scarcity of positions where individuals with a vocational education (14.7%) are employed. In accordance with the qualitative research study of the labour market demand component, the demand for individuals with a vocational education on the labour market is very low.