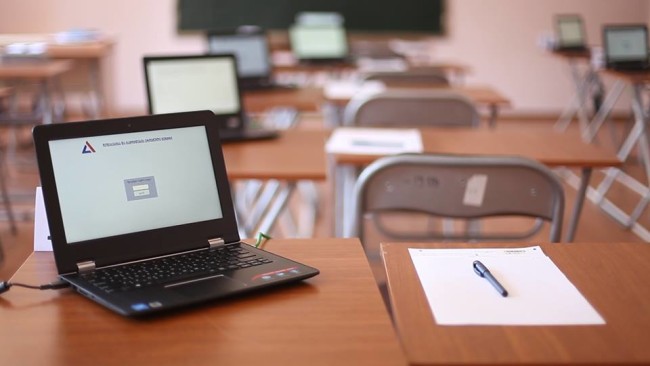 In the secondary education completion exams, schoolchildren struggle the most to surpass the minimum competence level in foreign languages and mathematics

In 2010, the Government of Georgia decided to launch the unified education completion exams in

FactCheck Newspaper
FactCheck Newspaper
Facebook Linkedin Twitter Print
In 2010, the Government of Georgia decided to launch the unified education completion exams in public schools. Georgia’s National Assessment and Examination Centre was tasked to prepare the content of the tests and ensure administrative and technical (software) provisions as well as hold the exams. Schoolchildren take exams in some of the subjects by the end of the 11th grade whilst they have to take the exams in the remaining subjects by the end of the 12th

Since 2012, the results of the unified education completion exams have been getting worse almost every year – the number of applicants unable to surpass the minimum competence threshold has been on the rise. As compared to 2013, the situation has become better in 2014-2015 although that was a clearly temporary trend because exam results have continued to deteriorate from 2016 to today.

The performance of those schoolchildren who have taken a second exam in at least one subject is relatively better. However, secondary education completion exams are a rather difficult barrier for a large part of schoolchildren.

took interest in the subjects which are the most difficult for schoolchildren to surpass the minimum competence level.

Georgia’s National Assessment and Examination Centre held the unified secondary education completion exams in 2011-2018. The year 2013 is the only exception when these exams were not computer-based (Cat exam). The 2013 exams were held in two stages using the 4+4 model. The first stage was held from 15 February 2013 to 1 March 2018 and the second part was held from 20 May 2013 to 29 May 2018. A school itself was responsible for choosing an exam format for any specific subject. Therefore, Georgia’s National Assessment and Examination Centre does not keep information on separate subjects and FactCheck

was unable to offer an analysis on these particular data.

The existing trend indicates that foreign languages and mathematics remain the most problematic subjects for Georgian schoolchildren whilst the rising number of applicants failing in these subjects makes us think that no serious measures are being taken to address this problem.