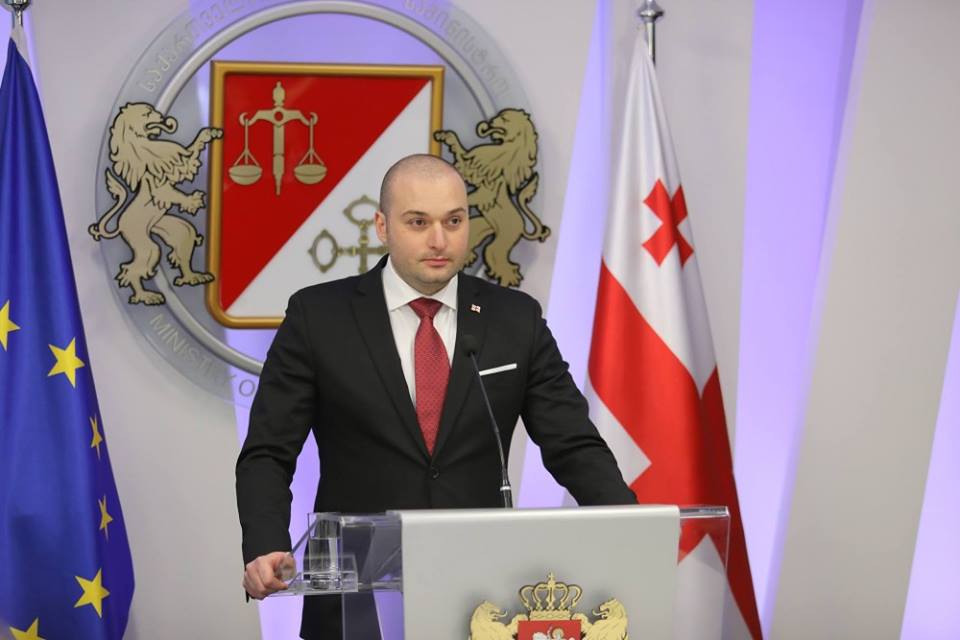 Budget revenues are at a historic maximum

Verdict: FactCheck concludes that Mamuka Bakhtadze’s statement is HALF TRUE. Resume: In the

Verdict: FactCheck concludes that Mamuka Bakhtadze’s statement is HALF TRUE.

Resume: In the first five months of 2018, state budget revenues constituted GEL 4,210 million which is GEL 256 million more as compared to the same figure in the respective period of 2017.I In absolute numbers, it is indeed the maximum amount for independent Georgia. The tendency is the same in regard to budget total revenues as well as tax revenues.

However, budget revenues and total revenues, including tax revenues, have a tendency of constant growth with some exceptions. Therefore, claiming that revenues for a specific period of time constitute a historic maximum would be legitimate for almost any year with 2018 not being different in this regard.

Taking into account all of the aforementioned, it is appropriate to use relative figures instead of absolute figures in order to make a complete analysis of changes in budget parameters over time. As opposed to absolute figures, the tendency of change in relative figures does not always imply growth. As of the first quarter of 20181, the budget revenues and tax revenues to the gross domestic product (GDP) ratio in 2018 constituted 28.8% and 26.01%, respectively. In this regard, the figures for 2018 do not constitute a historic maximum but, in fact, they lag behind the same figures for 2017.

The Prime Minister of Georgia, Mamuka Bakhtadze, in his speech before the Parliament, stated that budget revenues collected by tax bodies stand at a historic maximum in the history of independent Georgia.

The State Treasury of the Ministry of Finance of Georgia publishes state budget monthly fulfilment reports. The Ministry of Finance also provides quarterly fulfilment reports on its website. Mamuka Bakhtadze talked about budget fulfilment data for the first five months of 2018 in his statement. Graph 1 presents the budget parameters as of the first quarter of 2018 and the first five months of the year. In the first five months of 2018, budget revenues reached GEL 4,210 million which is GEL 256 million more as compared to the same figure of the same period of 2017 and is indeed a historic maximum for independent Georgia. The tendency is the same in regard to the budget total revenues and tax revenues – the most important component of budget revenues.

Of note is that changes in budget parameters are directly dependent upon the situation in the country in terms of economic activity. In the absence of major economic problems/shocks, all things being equal, budget revenues do increase in absolute numbers. In the case of Georgia, budget revenues and total revenues, including tax revenues, are characterised by a permanent growth tendency with some exceptions (crisis years). Therefore, claiming that revenues received for a specific period of time constitute a historic maximum would be legitimate for almost every year with 2018 being no different.

In order to analyse changes in the aforementioned parameters over time, it is important to assess them in terms of economic activity instead of analysing the absolute figures. This implies an analysis of the budget parameters to the GDP ratio. As GDP figures are not available in monthly form, quarterly data (first quarter) is used to calculate the relative figures. The respective figures are given in Graph 2 which shows that the trend of changes in the relative figures as opposed to absolute figures does not always indicate an upward motion.

As of the first quarter of 2018, the budget revenues and tax incomes ratio to the GDP amounted to 28.8% and 26.01%, respectively. In this regard, these figures for 2018 do not constitute a historic maximum but, in fact, they are 0.33 and 1.28 percentage points lower, respectively, as compared to the figures of the same period of 2017. Of further note is that the tax incomes and budget revenues/total revenues to GDP ratio is an indicator of tax burden and government size which means that its growth is not a desired objective. However, a discussion on this particular aspect of budget parameter changes goes beyond the scope of this article.

1 Relative figures for the first five months of 2018 are not yet available.