True
The statement is accurate and nothing is missing
Facebook Linkedin Twitter Print
Verdict:  FactCheck concludes that Koba Gvenetadze’s statement is TRUE. Resume:

The National Bank of Georgia possesses foreign currency denominated reserves (foreign currency, gold, SDR, etc.) for monetary policy goals. These reserves are intended to ensure liquidity for the avoidance of external shocks during a financial crisis as well as enable unimpeded payments in foreign currency for the Government of Georgia. The larger the reserve volumes are, the easier it is to handle the consequences of a crisis.

The official reserves of the National Bank of Georgia increased by USD 283 million over the course of 2017 and constituted USD 3.04 billion by the end of the year. Similar to the previous period, the National Bank’s interventions on the currency market, received foreign grants and loans as well as the Government of Georgia’s operations denominated in foreign currency comprise a set of factors affecting changes in the reserves.

The reserve adequacy index was 86% for Georgia in 2017. This index assesses the level of sufficiency of existing reserves for a country’s service of certain obligations as well as its needs alongside its abilities to make payments if certain short-term difficulties arise (force majeure, crisis). In accordance with the International Monetary Fund’s methodology, the adequacy index figure should be within the margins of 100%-150%. Therefore, Georgia’s official reserves did not meet the established requirements last year.

The President of the National Bank of Georgia, Koba Gvenetadze, in his speech at the Parliament of Georgia, stated that the country’s international reserves increased by USD 282 million in 2017 and constituted USD 3 billion. Mr Gvenetadze also claimed that in terms of adequacy, the level of reserves was close to the 90% mark.

As illustrated by Graph 1, the official reserves of the National Bank of Georgia were constantly growing in the period of 2004-2012 and increased from USD 196 million (2003) to USD 2.87 billion. In light of the 2014-2015 currency crisis (sharp depreciation of GEL), the international reserves dropped to USD 2.52 billion (2015). In light of the relatively stable GEL exchange rate at a new (high) equilibrium, the reverse process to fill up the reserves has started. 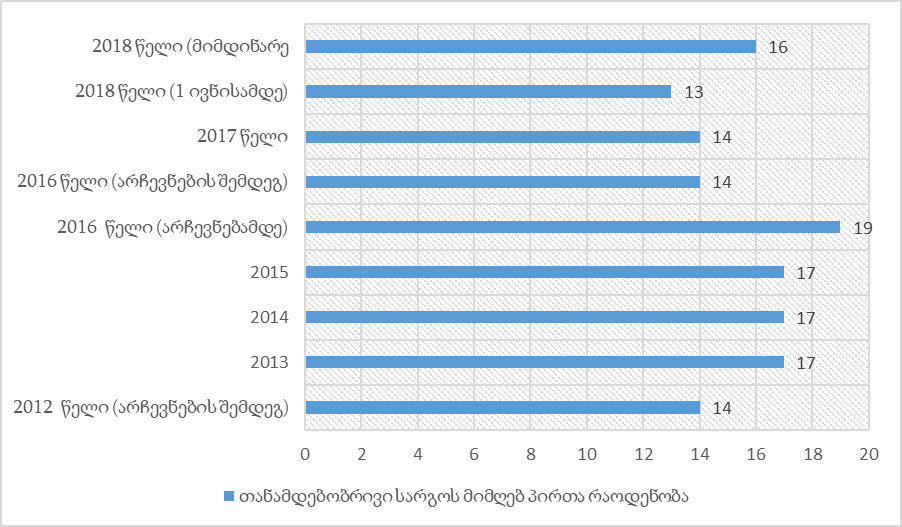 At the end of 2017, Georgia’s international reserves increased by USD 283 million as compared to the same period of the previous year and constituted USD 3.04 billion. Throughout 2017, the primary factors affecting the volumes of international reserves were the National Bank’s interventions on the currency market (net purchases of USD 129.8 million), foreign grants and loans (USD 497 million), the Government of Georgia’s currency expenses (USD 230 million) and service of foreign debt (USD 272 million).

However, the absolute figures for international reserves do not contain complete information because when considering the characteristics of an economy, a certain volume of international reserves might be considered high for one country but could be extremely low for another. Therefore, specific indicators have been elaborated in order to assess reserve adequacy. To this end, the International Monetary Fund (IMF) developed the ARA methodology. The IMF put Georgia’s international reserve adequacy level at 86% at the end of 2017 according to the ARA. The methodology measures a country’s official reserves against external vulnerability and the negative impact of shocks and takes into account the country’s external obligations as well as the broad money and its export figures. The ARA Metric, whose ratio is used to assess reserve adequacy, is calculated by the following formula for countries with floating exchange rates:  ARA Metric = 5% x Exports + 5% x Broad Money + 30% x Short-term Debt + 15% x Other Liabilities. In accordance with this methodology, this figure should be within the range of 100%-150%. Therefore, Georgia cannot yet meet the reserve adequacy requirements. That requirement was met in 2006-2007, 2010-2011 and in 2013. 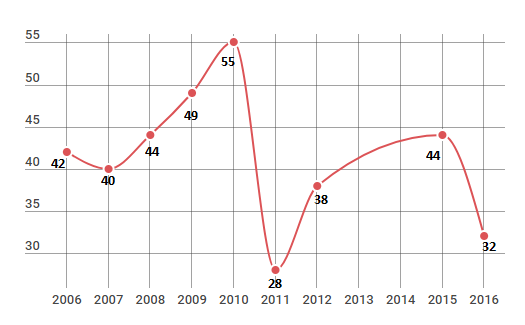 Apart from the aforementioned ratio, another indicator to assess reserve volumes is the import coverage ratio. In accordance with this approach, a country’s international reserves should exceed the estimated volumes of imports for the next three months (the ratio should exceed 3). As of 2017, the import coverage ratio for Georgia was 3.6; that is, Georgia’s international reserves were sufficient as of 2017 to cover the value of imports for the next 3.6 months.