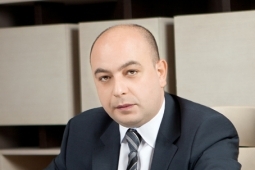 “The President’s Fund is a different mechanism and its audit cannot be implemented.”

Lasha Tordia, the Auditor General, presented his annual report for 2012 at the plenary session held

decided to check the accuracy of facts mentioned in the statement.

The Authority of the State Audit is regulated by Chapter 5, Article 17 of the Law on State Audit. According to this Law, the authority of the State Audit shall apply within its competence to legislative, executive and judicial bodies, legal entities of public law, bodies of the local self-government, the National Bank of Georgia, enterprises of which the state, Autonomous Republic or/and local self-government units hold 50% or more shares, other legal entities, individuals, organisation and institutions.

In order to fulfill the tasks determined by the Georgian Constitution and the Law on State Audit, the State Audit Office of Georgia checks: budgetary spending and performances of the state, Autonomous Republic and local self-government units, legality and validity of budget revenues and expenditures.

In the case of a common audit, the Audit Office enters the facility or requests documentation which it studies. Since the President’s Fund does not fulfill accounting activity, there are only the ordinances to study.

However, the State Audit Office can still supervise the expenditures of the Fund and study the validity and legality of allocated funds. But it differs from the traditional audit (the procedure is different). In particular, ordinances should be requested and information from the Ministry of Finance regarding where the funds were transferred in certain periods of time. If the state body manages the state funds, then it can be audited simply by a regular audit. If the state funds are transferred to private legal entity or a private entity, the State Audit Office can act in accordance with Article 17 of the Law and request necessary information from legal entities and individuals.

Therefore, in accordance with the Law on State Audit, the authority of the Audit Office is to audit the state budget. Due to the fact that the President’s Reserve Fund constitutes the reserve part of the state budget, it implies that the authority of the State Audit Office is to audit the Reserve Fund of the President.

The reports of the State Audit Office reflect only the budget amount and cash expenses of the President’s Reserve Fund. These reports do not determine validity of these expenses.

According to the law, the authority of the State Audit Office of Georgia allows it to audit the President’s Reserve Fund, since it belongs to the Reserve Fund of the state budget and the Audit Office is responsible for auditing the budget. The Fund has no accounting; a certain amount of money is allocated to the Fund which is managed in accordance with the President’s ordinance. For this reason, traditional audit cannot be done; however, legality and validity of funds can be audited.

Correspondingly, we rate Lasha Tordia’s statement: “The President’s Fund is a different mechanism and its audit cannot be implemented” as HALF TRUE.