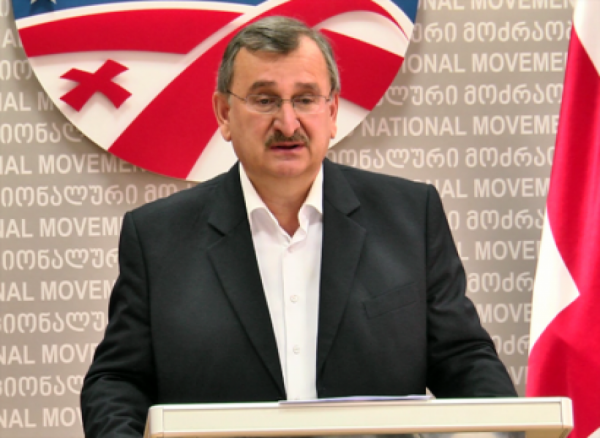 Salaries in Georgia’s regulatory commissions reach GEL 14,000-16,000 and a wage ceiling has not been established

Verdict: Roman Gotsiridze’s statement is TRUE. Resume: There are two regulatory bodies in

True
The statement is accurate and nothing is missing
Facebook Linkedin Twitter Print
Verdict: Roman Gotsiridze’s statement is TRUE. Resume:

Of important note is that funds for the expenses of these regulatory bodies are allocated from funds paid directly to the regulatory commissions by private organisations and not from taxes collected in the budget.

Information about the labour remuneration for members of regulatory commissions is given in their annual declarations. In accordance with these documents, the average annual salary for members of the commission (including the chairperson) exceeded GEL 160,000 in 2016-2017 whilst it exceeded GEL 240,000 for the GNCC. Information in the declarations submitted in 2017 (reflecting income received in 2016) indicates that the chairpersons of both the GNERC and the GNCC received an average monthly salary of GEL 13,800 and 20,200, respectively. Of note is that Roman Gotsiridze’s figures are accurate only in regard to members (in total, ten members) of the commissions (GNERC and GNCC) and do not apply to staff members.

Following Georgian legislation, no wage ceiling has been established for the aforementioned bodies. These commissions determine the amount of their labour remuneration independently and pay their expenses from their own incomes received from regulation fees. Regulation fees are determined so as to be sufficient for covering the expenses incurred by the regulatory bodies.

The establishment of regulatory bodies in a market economy is necessitated by the existence of natural monopolies.[1] As market competition does not apply to natural monopolies, a state acknowledges the need for regulation, stemming from public interest. There are two regulatory bodies in Georgia: the Georgian National Energy and Water Supply Regulatory Commission (GNERC) and the Georgian National Communications Commission (GNCC). Each commission consists of five members with one of them serving as a commission chairperson. The Parliament of Georgia selects the members of the commissions from among candidates nominated by the President of Georgia after consultations with the Government of Georgia. With the aim of keeping the commissions independent from other state structures, including their financial independence, respective guarantees are envisioned. Specifically, the commissions get funding from their own incomes (funds accumulated from regulation fees imposed upon enterprises subject to regulation)

and not from the state budget. Members of the commissions are elected for a six-year term which exceeds the tenures of both the President of Georgia and MPs.

In accordance with the declarations submitted by the members of the commissions, the average annual salary at the GNERC exceeded GEL 160,000 in 2016-2017 whilst the same figure at the GNCC exceeded GEL 240,000. In regard to labour remuneration (salary remuneration without bonuses and supplements), monthly figures for GNCC members and the chairperson amount to GEL 16,338 and GEL 16,537, respectively, whilst the similar figures at the GNERC are within the margins of GEL 11,900 and GEL 12,648, respectively. Of note is that the regulatory commissions independently determine the labour remuneration for each position and a wage ceiling has not been imposed by legislation. The issue of labour remuneration for a person employed in public institutions is governed by the Law

of Georgia on Labour Remuneration in the Public Sector. However, Section 4 of Article 1 of the same legislative act decrees that this law does not cover members and staff employees of the national regulatory bodies.

In order to ensure a high degree of independence in regulatory commissions, a decision-maker should naturally be financially compensated which, on the one hand, decreases the risks of corruption. On the other hand, enterprises subject to regulation normally seek to recruit an employee/worker of the regulatory body because this individual possesses a broader spectrum of information (including information about competitors) and comprehensive knowledge about market peculiarities. Taking into account the financial strength of the enterprises which are subject to regulation, labour remuneration in regulatory bodies should be sufficiently high to prevent employee turnover.

At the same time, regulatory bodies do not receive budget funding and cover their expenses from their own incomes. Specifically, they use the funds received from those companies which they regulate. In accordance with the Law

of Georgia on National Regulatory Bodies, regulation fees are determined in such a way (with a normative act issued by a regulatory body) as to ensure that they are sufficient for covering expenses envisioned by the national regulatory body’s budget. The unused funds of a current year (balance) cannot be transferred to the state budget. These funds are transferred in the next year  and are taken into account whilst changing the amount of regulation fees.

distances itself from judgements as to what constitutes an “acceptable” or “unacceptable” level of labour remuneration and limits itself to a data analysis alone.