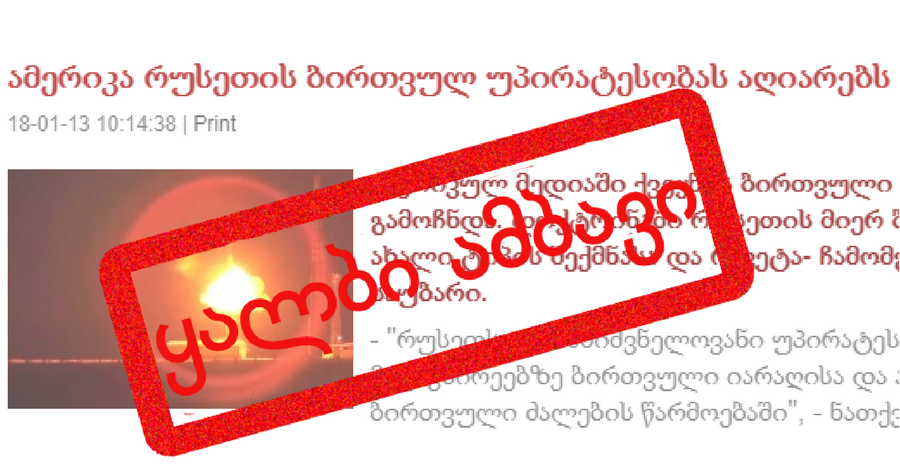 The United States recognises the nuclear dominance of Russia

Verdict: The news disseminated by Tbilisi 24 is FAKE NEWS.

Resiume: In February 2018, the United States Department of Defence published a document called Nuclear Posture Review according to which it remains the country with the largest nuclear arsenal in the world. At the same time, however, the document underlines that the United States’ commitment to the Treaty on the Non-Proliferation of Nuclear Weapons (NPT) remains strong. As the document reads, the United States accuses Russia and China of not committing to the treaty whilst at the same time speaking about the illegal arms sales to North Korea. This information has been disseminated by Tbilisi 24 with a subtext that the United States allegedly recognises the nuclear dominance of Russia which in itself represents fake news and an attempt to mislead the public.

The online media outlet Tbilisi 24 published an article entitled “The United States Recognises the Nuclear Dominance of Russia.” The article reads: “An open version of the United States’ nuclear doctrine appeared in the country’s media. The doctrine speaks of the creation of a new type of interceptor missile by Russia. ‘Russia has a significant advantage over the USA and its allies in terms of the production of the nuclear weapon and illegal nuclear forces’ says the doctrine.”

FactCheck verified the accuracy of this information.

Since 1994, the United States Department of Defence has published its Nuclear Posture Review on an annual basis. The document evaluating weapons and the nuclear situation in 2017 was published in February 2018 as planned.

After reading the document, the first important fact that was revealed is that Tbilisi 24 fabricated the title of the article. There is no such paragraph mentioning an alleged recognition of the nuclear dominance of Russia by the USA. Moreover, there is not even a slight indication of anything that could have given the author of the article a reason to say such a thing.

The document contains the following paragraph concerning the creation of the new type of weapon by Russia: “Whilst the United States has continued to reduce the number and salience of nuclear weapons, others, including Russia and China, have moved in the opposite direction. They have added new types of nuclear capabilities to their arsenals, increased the salience of nuclear forces in their strategies and plans and engaged in increasingly aggressive behaviour, including in outer space and cyber space.” The document also concerns the illegal arms sales to North Korea. With this paragraph, the Department of Defence states that Russia and China violate the NPT. As for the increase in illegal arms, the document again places the accent regarding North Korea. The article by Tbilisi 24 presents this paragraph in an incorrect context and in a way that it ostensibly concerns Russia’s nuclear dominance.

It is noteworthy that the USA is the country with the largest nuclear arsenal in the world. It is followed by Russia, the United Kingdom and France. China is in the fifth place. Fortunately, the nuclear arsenal will not grow further and the countries will commit to their obligations within the NPT. The article by Tbilisi 24 is a reference to the narrative widely disseminated by propagandist media outlets which aims to discredit the USA, on the one hand, and promote the idea of an “invincible Russia,” on the other. 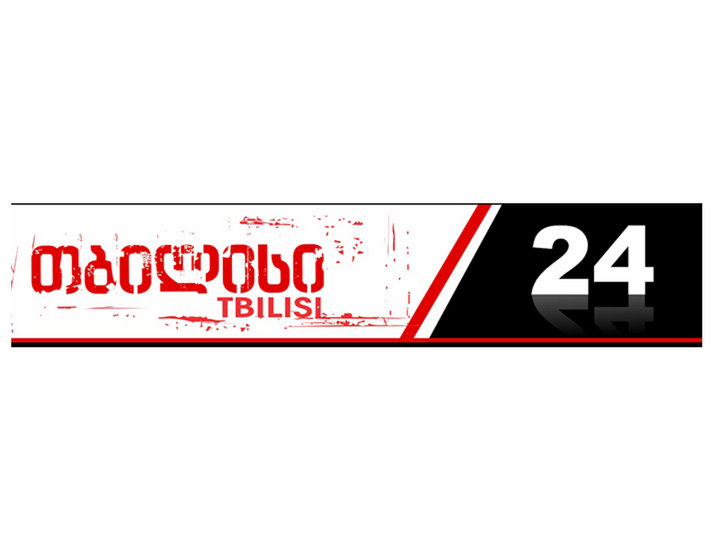