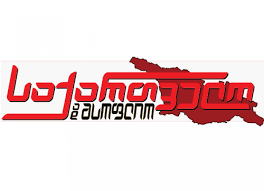 Verdict: News story, published by Georgia and the World, is FALSE. Resume: The article

Fake News
Fake News
Facebook Linkedin Twitter Print
Verdict: News story, published by Georgia and the World, is FALSE. Resume: The article published by Georgia and the World, entitled “Luke Coffey: Georgia will relinquish its occupied territories for the sake of NATO membership,” is deliberate misinformation. Luke Coffey, a Heritage Foundation scholar, did not write that Georgia will or should relinquish its territories currently occupied by Russia for membership in the North Atlantic alliance. One of his recommendations is that until Georgia’s full de-occupation, NATO integration is possible without applying NATO’s Article 5 (stipulating defence of NATO member countries from aggression) to Georgia’s occupied territories. Article 5 will fully apply to Georgia after de-occupation. Mr Coffey strongly emphasises that Georgia will become a NATO member in its internationally recognised boundaries. Georgia and the World,

Analysis The Georgia and the World media outlet published an article entitled: “Luke Coffey: Georgia will relinquish its occupied territories for the sake of NATO membership.” The author reviews the Heritage Foundation scholar’s special report which looks at the prospect of Georgia’s NATO membership (“NATO Membership for Georgia: In US and European Interests”). There are several paragraphs selected and arbitrarily interpreted in the aforementioned article which serve to highlight the deliberate idea that Georgia will have to cede its occupied territories in order to receive NATO membership. At the same time, Georgia and the World published an interview

with Hamlet Tchipashvili, entitled “Rooms Hotel will host a presentation on NATO membership without Abkhazia and Ossetia.” These two articles obviously seek to undermine the true intention of Mr Coffey’s report as well as the substance of the ongoing discussions thereto whilst cultivating negative attitudes within readers vis-à-vis Georgia’s Euro-Atlantic aspirations.

The Heritage Foundation is an independent American research organisation. On 29 January 2018, one of the Foundation’s scholars, Luke Coffey, published a report

which discusses Georgia’s challenges in regard to NATO integration. Mr Coffey asserts that Georgia’s NATO membership has to be given within the country’s internationally recognised boundaries. We strongly underline that none of the report’s sections indicates any necessity or possibility that Georgia will make concessions at the expense of Russian-occupied territories in order to obtain NATO membership. Mr Coffey’s recommendation drafted as a part of his research indicates that Georgia’s NATO membership, if it occurs in the period before Russia’s de-occupation of Abkhazia and South Ossetia, does not include the application of NATO’s Article 5 vis-à-vis the two occupied regions.

The aforementioned NATO Article 5 reads as follows: “The Parties agree that an armed attack against one or more of them in Europe or North America shall be considered as an attack against them all and, consequently, they agree that if such an armed attack occurs, each of them, in exercise of the right of individual or collective self-defence recognised by Article 51 of the Charter of the United Nations, will assist the Party or Parties so attacked by taking forthwith, individually and in concert with the other Parties, such action as it deems necessary, including the use of armed force, to restore and maintain the security of the North Atlantic area. Any such armed attack and all measures taken as a result thereof shall immediately be reported to the Security Council. Such measures shall be terminated when the Security Council has taken the measures necessary to restore and maintain international peace and security.”

Luke Coffey indicates that the aforementioned article should not apply to Georgia’s occupied territories when Georgia becomes a member of NATO. NATO’s Article 5 will apply to the entire territory of Georgia only after

the de-occupation of Abkhazia and South Ossetia.

Misinformation in regard to Georgia’s membership in NATO is disseminated quite frequently. Opponents of Georgia’s NATO membership exploit the issue of Abkhazia and South Ossetia to their advantages. Georgia and the World, as a purveyor of anti-Western narrative, used Luke Coffey’s research and offered an incorrect interpretation.
თეგები: