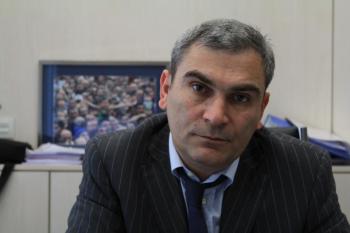 “Compared to the previous years, wine export has increased by 32%.”

Gigla Agulashvili, MP from the Georgian Dream Coalition, stated at the plenary session held on 15

Gigla Agulashvili, MP from the Georgian Dream Coalition, stated at the plenary session held on 15 May 2013: “Problems of agriculture were discussed here today. I would like to tell you that the case is not the same and it is not desirable to draw an apocalyptic picture, Gentlemen. For instance, I will give you one number: compared to the previous years, wine  export has  increased by 32%. This is not connected to the volume of imports on the Russian market. Ukraine holds 43%, the primary market data, in this increase.''

wondered how accurate the MP was about the increase in wine exports.

Gigla Agulashvili in his statement does not specify the time period when this increase occurred. We compared wine exports in the first four months of the current year to the corresponding period of the last year.

from the National Wine Agency, as of April 2013, 5,071,158 litres of wine were exported which is 32% more than the similar data from the corresponding period of the last year.

The top five export markets for Georgian wine in January-April 2013 are as follows: Ukraine, Kazakhstan, Belarus, Latvia and Poland wherein Ukraine holds 43% of total volume of exports. According to the data from the National Statistics Office of Georgia, as of April 2013, natural wine export amounted to 2,706,900 litres. According to the National Wine Agency, wine and alcoholic beverage export to Russia started in June.

Gigla Agulashvili talked about the situation in January-April when wine export to Russia had not yet started.

According to the data from the National Wine Agency, as of April 2013, wine export increased by 32%  as compared to the corresponding period of the last year. In addition, Georgia was not yet exporting wine to the Russian market in the month of April.

Accordingly, we rate the statement by Gigla Agulashvili about the increase of  wine export by 32% TRUE.