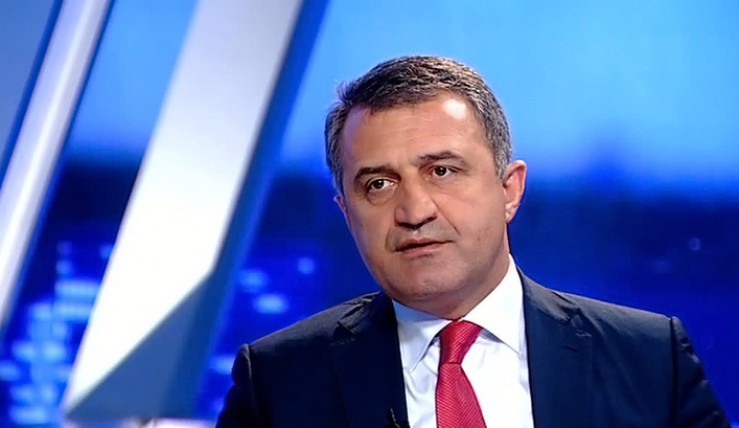 The so-called President of the de facto Republic of South Ossetia, Anatoly Bibilov, in his

Lie
The statement is inaccurate and the assertion in it is absurd
Facebook Linkedin Twitter Print
The so-called President of the de facto Republic of South Ossetia, Anatoly Bibilov, in his interview

with Alaniatv.ru, spoke about plans to improve the healthcare system in Tskhinvali and stated that his government does its best to reduce the number of patients from Tskhinvali who go to Georgian clinics for medical treatment.

from 7:52): “Our goal is to reduce the number of patients who visit Georgia for medical treatment to a minimum because they have to deal with Georgian Special Services which offer them Georgian citizenship as well as high-quality and comprehensive medical services. Undoubtedly, when it comes to life and health, a person might be ready for everything but we have to create such conditions that they will no longer need to go to Georgia and take care of their health in exchange for bearing such humiliation.”

Citizens living in Tskhinvali have been visiting Georgia for the purposes of getting medical treatment at Georgian clinics since 2009. After the August war, they were given this opportunity through the COBERM-

supported project, Healthy World, which is implemented with the involvement of the Red Cross. After 2008, it is the only organisation which still has an office in Tskhinvali. Ossetian patients typically address this office for medical assistance. Previously, they had to obtain a health certificate, a doctor’s recommendation and a special permit from the de facto Ministry of Health. Following this, the Red Cross office in Tskhinvali contacts Tbilisi and, depending on the particular medical condition of the patient, special measures are taken.

The aforementioned project, offered by Georgia to patients of every age group living in Tskhinvali, envisions transportation, free diagnostics and accommodation.

According to the information

of the Red Cross, if a patient’s health conditions are serious, he is picked up in the village of Ergneti and taken to the place of destination for treatment. In other cases, colleagues are waiting for the Red Cross transportation vehicle on Georgian-controlled territories and take the patient to the selected clinic.

The Head of the Temporary Administration of South Ossetia, Dimitry Sanakoev, clarifies

that for people living in Tskhinvali, it is absolutely acceptable for them to undergo medical treatment in Georgia’s clinics. During the winter season, because of the closure of the Roki Tunnel, they are unable to go to Vladikavkaz which takes much more time to reach as compared to visiting Tbilisi through Ergneti.

After the August war, the number of Ossetian patients coming to Georgia has been increasing annually. The statistics are periodically published by the Red Cross. According to this information,

the number of Ossetian patients getting treatment from Georgian doctors was 200 in 2016 and has already exceeded 120 in the period of January-May of 2017. In 2012-2015, approximately 400 patients from the occupied territories requested medical treatment in Georgia. Of these, the majority comprises people living in Tskhinvali (according to unofficial information, when the Red Cross does not take part in the transportation of patients and Tskhinvali residents enter Georgia through the Larsi border checkpoint, the real number is even higher).

According to the information of the State Minister for Reconciliation and Civil Equality of Georgia, Ketevan Tsikhelashvili, the number of patients from Tskhinvali and Abkhazia who received medical treatment in Kutaisi and Tbilisi clinics has increased six fold over the last three years. Dimitri Sanakoev also points out the increasing statistics and states

that despite the local obstacles, sometimes two or three patients per day come to Georgia from Tskhinvali to get medical treatment.

In regard to the Georgian side’s relation with Ossetian patients coming for medical treatment, FactCheck interviewed 15 people from Tskhinvali in order to clarify this issue. None of the interviewed individuals has confirmed meeting with operatives of Georgia’s special services. On the contrary, some of them admitted that getting medical treatment in Georgian clinics has enabled them to break certain stereotypes. Some of them have publicly acknowledged

their gratitude toward Georgian doctors.

The only exception is a case when one of the patients, under conditions of anonymity, stated

that he was not offered Georgian citizenship when he was getting medical treatment in a Georgian clinic although representatives of the Special Services did indeed talk with him. The patient did not disclose the topic of this conversation.

In order to ascertain the attitudes of Ossetian patients who came back to Tskhinvali from Tbilisi, FactCheck contacted journalists living on the occupied territories. All three journalists we spoke to stated that they often conduct interviews with locals on this particular topic and none of them has ever voiced any information about pressure tactics in Georgian clinics. Some publicly voice their opinions through social networks and claim that patients returning from medical treatment in Georgia are pressured by high-ranking officials of the de fact government. This indicates that the self-recognised government sometimes poses

problems for its own citizens who wish to get medical treatment in Georgian clinics.

As FactCheck learned, not everyone in Tskhinvali is aware about the aforementioned medical programme and misinformation is often circulated

among Tskhinvali residents in order to make people refuse getting medical treatment in clinics on Georgian-controlled territories.

The Georgian side asserts that the statement

made by the Tskhinvali regime is absurd and reflects the position of an individual who reached an impasse and sees that his population trusts Georgia more than its own government.

Conclusion According to the materials obtained by FactCheck, we have learned that the number of Ossetian patients coming from Tskhinvali to get medical treatment in Georgian clinics has been rising annually since 2009. This information has been confirmed by the Ossetian side as well. In regard to Anatoly Bibilov’s statement about people from Tskhinvali being subjected to humiliation by Georgian officials, our research shows that this information has not been confirmed by any media outlet or by any personal interviews. Journalists from Tskhinvali do not have any confirmation about the truth of this information.  FactCheck

has further ascertained that information in regard to opportunities for getting medical treatment in Tbilisi or Kutaisi is not available for everyone and misinformation is often circulated among Tskhinvali residents in order to make people refuse treatment opportunities in clinics located in Georgia.

FactCheck concludes that Anatoly Bibilov’s statement serves the aforementioned goals of misinformation and is a LIE.
თეგები: