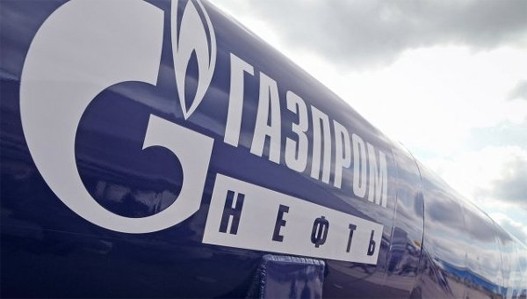 What does the Gazprom deal mean?

The Government of Georgia reached an accord with Russian energy company Gazprom about natural gas transit to Armenia. On January 10 2016, after the talks between the Minister of Energy of Georgia and representatives of Gazprom, it was announced that the Georgian side embraced an offer made by the Russian colleagues which was considered as acceptable option by the Ministry of Energy of Georgia. On 11 January 2016, at the session of the Government of Georgia, it was decided to agree to Gazprom’s demand meaning that from 2018 monetary payment system will be fully introduced, whilst  this year the payment for transit will be partly gas, partly in cash.

Until currently, Georgia was receiving 10% of total volume of natural gas exported by Gazprom to Armenia. The Russian side was periodically putting forward an offer to replace the payments with raw materials by monetary payments. At the end of 2015, there were active negotiations in regard to changes of form of payments. FactCheck has already written

However, at that time, Georgia managed to maintain the status quo. The amount of payment in Gazprom’s offer to Georgia remains unknown, but considering the length of gas pipeline (225 kilometres) through the territory of Georgia the transit fee would be quite low. Therefore, the amount of monetary payment would not be sufficient to purchase the same volume of natural gas, which Georgia was supposed to receive if the payment by raw materials model had been kept in place.

Of note is that until now, demand on Georgia’s cheap social gas (natural gas which is intended for household consumption and not for commercial purposes) was partly satisfied by the gas received as a transit fee. Replacement of the social gas by raw materials purchased at market prices would have probably resulted in higher prices for the social gas, which in turn would have caused a price hike for the household consumers.

According to the statement of the Minister of Energy, however, in case of necessity Georgia will be able to purchase natural gas from Gazprom for USD 185.  At the same time, Kakha Kaladze asserted that transit fee in Gazprom’s offer was one of the highest throughout the Europe and in financial terms, Georgia’s benefit would be almost equal that when transit payment was natural gas. In this case, if the deal does not envisage profit for Gazprom, motivation of the latter to demand the change of payment form is unclear. However, before the specific figures are published, it is not appropriate to make straightforward judgments.

As underlined above, Gazprom has constantly been interested in changing the aforementioned part of the contract. Georgia, however, has been persistent to maintain the conditions of the contract. It was the end of 2015, when Kakha Kaladze was saying that Gazprom had presented an ultimatum to Georgia, threatening that if the parties failed to renegotiate the contract, it would supply Armenia by natural gas from Iran. The annual capacity of Iran-Armenia gas pipeline is up to one billion cubic metres, whilst Armenia’s total annual natural gas consumption exceeds two billion cubic metres. Of note is that Armenia has a contract with Iran and under that contract Armenia uses Iranian gas to generate electricity, part of which is supplied back to Iran. Thus, using the full capacity of Iran-Armenia gas pipeline solely for supplying Armenia by natural gas is very difficult. Technically, it is possible to increase Iran-Armenia gas pipeline annual capacity to 2 – 2.5 billion cubic metres, but this is hardly possible in a short-term period.

Therefore, Russia’s statement to supply Armenia by Iranian natural gas looks rather like a blackmail, than a reality. Even in the absence of full-scaled alternative source for Armenia’s gas supply, Georgia had leverage to reach an agreement on suitable formulation of the contract, similar to the last year. As it did not happen in this case, it is appropriate for the Ministry of Energy to issue an explanation on what has changed for the last one year and what were obstacles to reach a desirable outcome in negotiations.

If the contract terms offered by Gazprom are indeed similar to already existing conditions, high public interest necessitates having these specific figures disclosed.