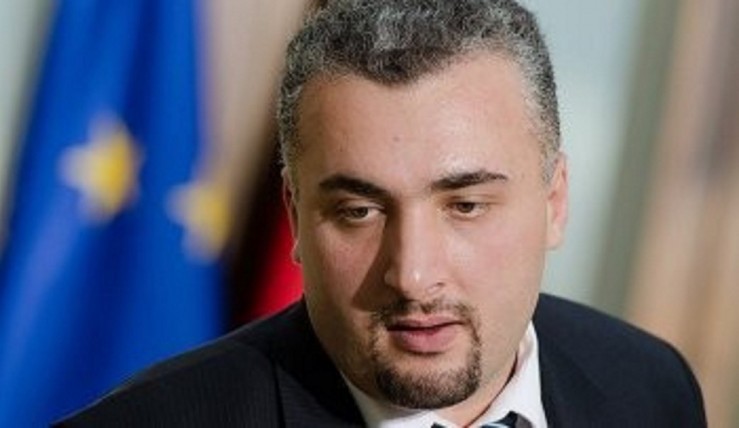 Exports have gone down to the level of 2011

On 18 November 2016, during the first session of the Ninth Parliament of Georgia, United National

On 18 November 2016, during the first session of the Ninth Parliament of Georgia, United National Movement member, Sergi Kapanadze, stated: "Exports have not increased but decreased to the levels of 2011."

According to the data published by the National Statistics Office of Georgia, exports from Georgia amounted to USD 1.7 billion from January to October 2016 which is 7% less than in the same period of the previous year and 2% less than in 2011. It should be pointed out that the value of exports in 2016 is lower than it was in any year from 2011 to 2015. 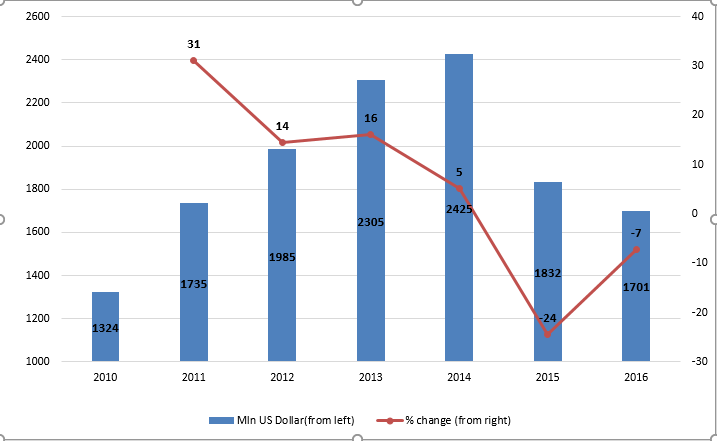 It is interesting to look at the countries where exports from Georgia have decreased. The value of exports to the Commonwealth of Independent States was USD 571 million from January to October 2016. Of this, USD 112 million worth of goods were exported to Azerbaijan, USD 126 million to Armenia, USD 53 million to Ukraine and USD 31 million to Kazakhstan all of which is less than in the years from 2011 to 2015 (only in the case of Ukraine there is growth as compared to the same period of the previous year).

Source: National Statistics Office of Georgia The decrease in exports in 2016 was mainly due to a significant drop in revenues from exported products. The value of exports of automobiles amounted to USD 138 million in 2016. This is lower than in the same period of any previous year studied by FactCheck.

More specifically, it is USD 232 million less than in 2011 and USD 16 million less than in the previous year. The decrease in the exports of automobiles was mainly due to the regulation adopted in Azerbaijan about banning the imports of cars built earlier than 2005. Exports of ferroalloys have also fallen, dropping by USD 36 million as compared to 2011 and USD 86 million as compared to 2011. One of the reasons for the decrease in these exports is the economic crisis in Russia and Ukraine. 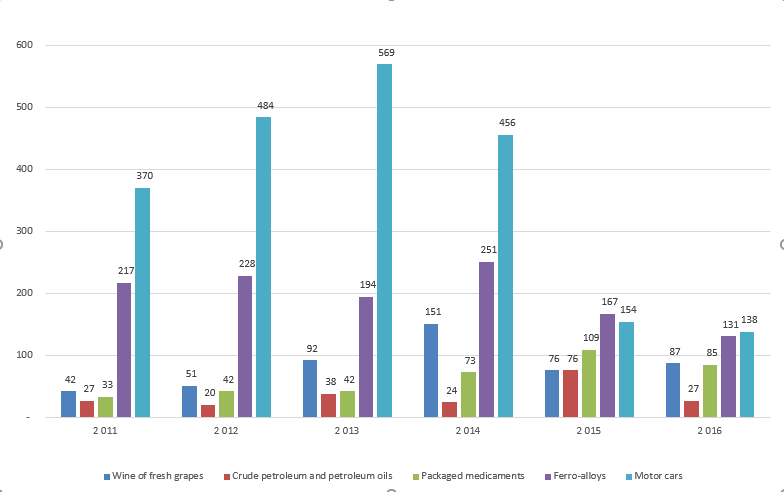 The Exports of Goods in Fixed, 2010 prices (GEL Million)

One of the reasons for the overall decrease is the drop in the exports of automobiles. In the first nine months of 2016, exports to the country’s major trading partners such as the USA, Turkey, Kazakhstan and Azerbaijan have decreased. Exports to the European Union have been dropping for the past two years. The value of exports to the EU in 2016 is 16% less than in 2014 and 19% less than in 2015.

However, after calculating the export data in fixed prices the overall image changes. Real exports have increased by 34% in 2015 as compared to 2011. It is highly likely that the trend of growth will continue in 2016 as well. This means that it is not the volume of the products exported from Georgia which us decreasing but their overall value and hence nominal exports is decreasing. However, this does not change the fact that exports today brings in lesser amount of foreign currency in the country than it did back in 2011.

FactCheck concludes that Sergi Kapanadze’s statement is MOSTLY TRUE. Editorial Note: The initial version of this article was published on 5 December 2016. After publishing the article our reader contacted us, indicating a flaw in our study. Specifically, the initial version of the article did not calculate the value of exports from Georgia in fixed prices, which has a trend of growth. Taking all this into account, the article has been corrected, with the FactCheck verdict changing accordingly. Sergi Kapanadze’s statement was hence rated as MOSTLY TRUE instead of TRUE.
თეგები: