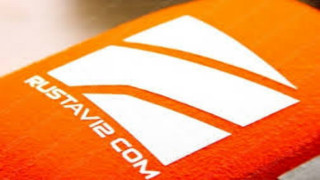 Defining Stage in the Battle for Rustavi 2 is Upon Us

Statements about the inadmissibility of changing the management and owners of the main opposition TV channel during the pre-election period have also been made by Georgia’s international partners.

The legal dispute between the owners of Rustavi 2 and businessman, Kibar Khalvashi, about the shares of the broadcasting company has been going on for over a year. From the very beginning, the process has been assessed by Rustavi 2’s administration and staff and a certain part of civil society as a crackdown on freedom of speech by the Government of Georgia as well as its attempt to control the media.

Statements about the inadmissibility of changing the management and owners of the main opposition TV channel during the pre-election period have also been made by Georgia’s international partners. Especially tough in this regard was the address of the Ambassador of the United States of America in Georgia. “I would like to point out that if court cases such as these, concerning the main opposition TV channel, happened in the United States during the pre-election period and Georgia, too, is in a pre-election period right now and if such cases were questioning the legitimacy of the management and ownership of the opposition media, the American side would not be tolerant about such things,” said Ambassador Ian Kelly.

Due to the active engagement of civil society and the international community as well as that of the Constitutional Court of Georgia, Rustavi 2 managed to retain its management team during the pre-election period, turning into the main space from where not only the voices of the opposition parties but the government as well were heard loud and clear.

However, two days after the recognition of the power of the new Parliament of Georgia (where the Georgian Dream managed to obtain a constitutional majority), the Rustavi 2 case will once again be considered by the court. Despite the motion presented to the Supreme Court of Georgia by Rustavi 2’s representatives, the Court of Cassation of Georgia is considering the case without a verbal hearing. Substantial consideration of the case will start on 21 November 2016.

Despite the speedy consideration of the case, the lawyers still hope that the Supreme Court will make a decision in favour of Rustavi 2 and return the case to the Court of Appeals of Georgia for further consideration. “If the Court is indeed unbiased and impartial, there are no preconditions for it not to grant the motion presented by Rustavi 2 as the Supreme Court has already considered a very similar case and with high probability, our case to will go back to the Court of Appeals for further consideration,” stated Mr Bibilashvili.

We would like to remind you that in May 2016, the panel of judges considering the Rustavi 2 case, based upon a decision made regarding a similar case in the past, stated that the disproportionality of the price alone is not enough of a ground for annulling the agreement. The existence of a subjective side is also necessary for an agreement to be considered void. Namely, it must be revealed that the agreement was only struck due to the fact that one of the parties of the agreement abused its market power or took advantage of a tough situation vis-à-vis the opposing side or, simply, because of one of the party’s naivety.

Will everything at the Constitutional Court of Georgia start from scratch?

We would like to remind you further that decisions of general courts are based upon this norm and if the norm is concluded to be unconstitutional, the conditions of the case will change significantly, likely influencing the decision of the Supreme Court as well.

The previous panel of judges of the Constitutional Court of Georgia had only to make a final decision about the case; however, the ten-year tenure of four of the panel’s judges expired before the decision was made and they were removed from considering the case altogether. Hence, the new panel will now have to make the final decision.

Article 4 of the Law of Georgia on Constitutional Law-Making has raised certain doubts in this case. The law regulates the rules for considering cases and making decisions by the judges in the period of substitution. According to the aforementioned article: “If one or more judges are substituted during the preliminary hearing or the substantial consideration of the case, the new judge can request starting the consideration of the case from the beginning.”

With further regard to this issue, FactCheck contacted the Chairman of the Georgian Democratic Initiative (GDI), Giorgi Mshvenieradze, who believes that it is possible to interpret the aforementioned norm in this way and this will probably be the case if the law is followed word-by-word. Despite this, he still has some questions about this issue. Specifically, the problem arises when the court is considering the case in a closed session and it becomes very hard to determine when the substantial consideration is over as the law does not designate the stages for a closed session.

It should be noted that as a response to questions from journalists about whether or not the consideration of cases, including the Rustavi 2 case, will start anew under the new panel, the Chairman of the Constitutional Court of Georgia said that the newly-elected judges would make a decision about such issues.

“If the three newly-joined judges decide to start the consideration of the case from the beginning, it will be so. Even if only one of them insists on starting the case anew, we will have to comply. Neither me nor any of the previous judges can make such a request, however,” said Zaza Tavadze.

The Rustavi 2 constitutional plea is not the only one for which judges had already entered the negotiations room and, hence, concluded the substantial hearing. The panel of judges was already in the stage of making a final decision on the combined case of Gigi Ugulava and the so-called Cables Case as well as on that of the changes to the Law on the National Bank of Georgia when the new judges were appointed. Hence, it is unknown whether or not the new judges will request for these cases to be considered anew.

“The Government of Georgia did everything in its power to gain control of the Constitutional Court of Georgia. A good example of this is the law adopted in a handful of days. Unfortunately, I do not expect that the Constitutional Court will make a decision in our favour and even if it does, it will only be done after the Supreme Court of Georgia has already made a decision,” said Zaza Bibilashvili.