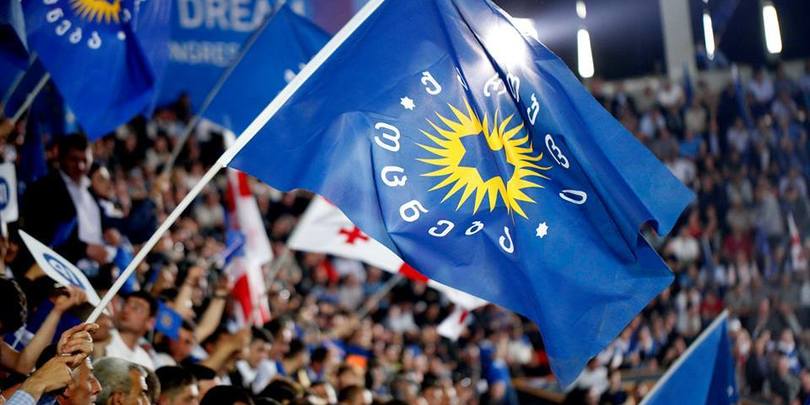 The priority for Georgia’s foreign trade policy will be to get preferential trade regimes with foreign countries with the largest trading partners being at the top of the list. This will also include the European Union and the United States of America as well as a return to the Russian and other traditional markets. (Pre-Election Programme, page 38)

In 2012, after the new government assumed office, negotiations on abolishing the trade barriers between Georgia and Russia were started. As a result of a unilateral embargo instituted by the Russian Federation against Georgia, trade between the two countries almost halved as compared to the previous year. The trend of decline continued in the following years as well. As the table reflects, the existing barriers started loosening from 2013 and exports to Russia increased by 307.6% or from USD 46.8 million to USD 190.8 million.

According to the data of the first eight months of 2016, the overall value of the goods exported to Russia reached USD 118 million which constituted 9% of the total exports and 27.6% of the exports to the Commonwealth of Independent States. The growth as compared to the same period of the previous year constituted 20.5%. In addition, it should also be noted that exports to Russia in absolute numbers have exceeded the levels observed before the embargo whilst they are much lower in the share of overall exports than before 2006. However, given the more diversified nature of the Georgian market in 2016 as opposed to 2005, this trend is quite understandable.

Currently, we should consider the Russian market open for Georgian goods but rather volatile and risky nonetheless. The fundamental problems feeding the political tensions between the two countries have not yet been resolved and the Russian side continues manipulating the issue of trade in order to further its political agenda.

After the military reform of 2010, the separate existence of military air forces was deemed unnecessary and they were joined with land forces in the form of the Aviation and Air Defence Brigade. The Georgian Dream coalition criticised the reform and promised to reinstate the air forces in their traditional form after assuming office. However, this did not happen. Today, military air forces are still functioning according to the reform undertaken in 2010. It should also be noted that in 2014, the Ministry of Defence of Georgia officially confirmed that they were planning to sell five units of SU25 fighter jets and the money received would be spent on the development of the armed forces.

Bidzina Ivanishvili: "An anti-hailstorm system will be created."

An anti-hailstorm system created by Delta, a legal entity of public law, started functioning in the Kakheti region from the end of May 2015. Over GEL 14 million was spent on the creation of the system. A total of 83 units of autonomous rocket firing devices were placed in Kakheti. According to the statement of specialists in the field, the system was supposed to decrease damage caused by hailstorms by 80%-90%. According to the information provided by Delta, a total of 40 hailstorm clouds were observed in Kakheti in 2015, 37 of which were successfully dispersed by the system.

This year, due to the fact that the anti-hailstorm system was not functioning, more than ten villages in Kakheti were damaged by hailstorms with their harvests being almost completely destroyed. As it turned out, the reason for the system being idle was that there were no anti-hailstorm mines available at that moment (See FactCheck’s article

in Georgian). Information indicates that the missiles were bought in Macedonia and Bulgaria last year whilst this year Delta decided to manufacture the missiles itself; however, due to the late allocation of funds from the Ministry of Defence of Georgia, the process was delayed. This was later confirmed by the Ministry as well although without stating the reasons for the delays.

We contacted the Head of the Public Relations Department of Delta, Tamar Gvarishvili. In her conversation with FactCheck,

Ms Gvarishvili said that the aforementioned problem had been resolved as the Ministry of Defence of Georgia had transferred all the funds necessary for manufacturing the missiles and the manufacturing process was already in progress.

More than GEL 100 million will be invested in Zugdidi’s economy after we win. A medical centre and a university with central importance for the whole Caucasus region will be built in Zugdidi. Treatment and studies in these two facilities will be free for Zugdidi’s population.

On 25 August 2014 and on the decision of the Government of Georgia, State Construction Company Ltd started the construction of a 220-place university clinic in the village of Rukhi. The complex consists of seven block buildings and various engineering and technical facilities. The overall construction area is more than 30,000 square metres.

Auditoriums and a library for university students and residents will be built on the clinic’s grounds. A sports and recreation infrastructure, parking lots, inner pedestrian roads, pools and parks will also be created for residents. A 92-place dormitory for family members and friends of patients will also be constructed on the grounds.

The project (buildings and inner construction) is being funded from the state budget at an overall cost of GEL 41,264,000. A total of 154 people have been employed on the construction site and the majority of them are locals.

Bidzina Ivanishvili: "After assuming office, we will legally restore the Ergneti market. We believe that by restoring this market, the restoration of trust between citizens living on opposite sides of the administrative line will start and relations will be normalised at the same time."

The so-called Ergneti market, which was situated near the entrance to Tskhinvali, was closed down in May 2004 on a decision of the Government of Georgia. The reason given for closing down the market was the inflow of contraband into the country which was putting the Georgian economy under threat.

At that time, the Ergneti market was, on the one hand, considered as a bridge connecting the Georgian and Ossetian populations where the trade relations were becoming the basis of friendship whilst, on the other hand, smugglers brought Russian-made food products, petroleum products, cigarettes and wheat and flour in high quantities through the Tskhinvali region.

According to the information of the then Customs Department, because of the smuggling business at the Ergneti market, the state budget of Georgia lost about USD 120 million annually. The Department also clarified that the closing down of the Ergneti market and the subsequent closure of the contraband inflow routes significantly increased customs revenues.

Bidzina Ivanishvili promised that the Ergneti market would be restored “legally.” However, even after four years of the Georgian Dream coalition government, no pre-conditions have been created for the re-opening of the market.

Given the realities in the conflict zone today, it is first necessary to open the borders before opening any kinds of objects or facilities which will be used by both sides. Reaching an agreement on this issue, however, looks highly unlikely at this stage. The Ossetian side refused to open the borders for just one day in April 2016 in order to let Georgians in on Easter Sunday to visit the graves of their family members and ancestors.
თეგები: