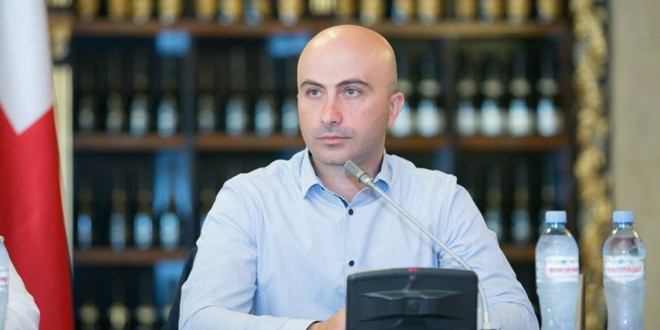 According to the data of the first seven months of 2016, a total of 24 million bottles of wine have been exported. That is a 42% growth

On 9 August 2016, the Chairman of the National Wine Agency of Georgia, Giorgi Samanishvili, stated

On 9 August 2016, the Chairman of the National Wine Agency of Georgia, Giorgi Samanishvili, stated that the growth of wine exports observed at the beginning of 2016 has continued as about 24 million bottles of wine have been exported according to the data of the first seven months of 2016. In his words, this marks a 42% growth as compared to the previous year.

took an interest in the accuracy of Giorgi Samanishvili’s statement.

The growth of exports of Georgian wine in 2016 was also due to the fact that the exports in 2015 almost halved. The economic crises in the main importing countries, such as Russia and Ukraine, seriously influenced Georgia wine exports. The 2015 Report of the National Wine Agency of Georgia states that the export of wine to Russia (by the number of bottles sold) decreased by 51% in 2015 whilst the decrease amounted to 56% in the case of Ukraine. This caused the overall amount of wine exports to drop by 39%. If we calculate wine exports in USD it becomes evident that the exports fell by USD 85 million in 2015 which effectively halved it. 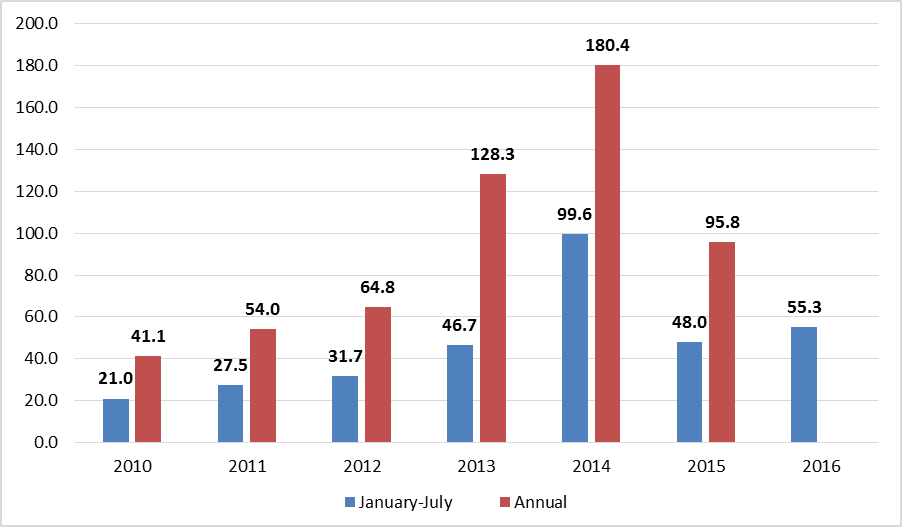 According to the data of the first seven months of 2016, a total of 24 million bottles of Georgian wine has been exported which is 42% more than in the same period of the previous year. Calculated in USD, exports have increased by USD 7.3 million; however, this is mainly due to the sharp decrease in exports in 2015. Exports in 2016 are about 44% less than in 2014.

The more-or-less stable environment in the largest importing countries, such as Russia and Ukraine, guarantee that Georgian wine exports this year will exceed those of 2015. The growth of exports to alternative markets is also quite a positive trend. The 152% increase in exports to China holds a significant share in the overall exports of 2016.

Based upon the aforementioned facts, FactCheck concludes that Giorgi Samanishvili’s statement is TRUE.
თეგები: