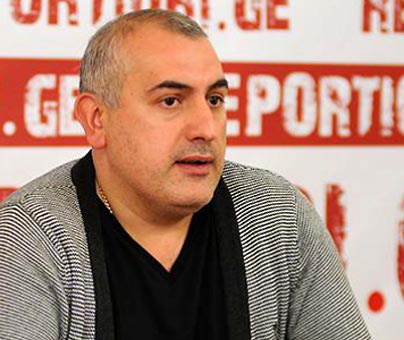 Mamuka Nozadze, a lawyer, commented on his Facebook page about the nomination of the Georgian

Mamuka Nozadze, a lawyer, commented on his Facebook page about the nomination of the Georgian Dream’s Majoritarian candidate in Gori: "The Georgian Dream nominated Ioseb Makrakhidze in Gori who was charged by the Prosecutor’s Office of this government two months ago and given bail as a preventive measure."

Mamuka Nozadze stated that according to his information, the Prosecutor’s Office had accused Ioseb Makrakhidze of several cases of the misappropriation of money. Mr Makrakhidze’s crimes were confirmed by the court and he was released as a result of amnesty.

Whilst studying the biography of the Georgian Dream’s Majoritarian candidate for Gori, FactCheck

Ioseb Makrakhidze, aged 71, is a director of three commercial legal entities (Ibolia LTD, Mata LTD and Imedi LTD) simultaneously. Apart from that, he is registered as an individual entrepreneur and owns different amounts of shares in several companies. Of note is that the total amount of contracts concluded by one of Mr Makrakhidze’s LTDs (Ibolia) for state procurement in the last five years reaches GEL 90 million.

The aforementioned documents also illustrate that Ioseb Makrakhidze, in his position as the director of Ibolia LTD, concluded contracts with the local authorities in Gori after winning each of the tenders but then breached these contracts upon multiple occasions. The field of activities for Ibolia LTD includes the production of asphalt, the construction and rehabilitation of roads and the provision of construction materials. Upon the basis of the aforementioned contracts, he was obliged to carry out road rehabilitation work on the territory of the Municipality of Gori.

The judgment of the court issued on 22 April 2016 states that the director of Ibolia LTD put incorrect data in the act of delivery and acceptance and sought to abuse his authority to misappropriate state funds.

According to the court ruling, in September 2012, October-November 2013 and March 2014, Ioseb Makrakhidze misappropriated GEL 79,450 and, therefore, was charged under Points A and B of Section 3 of Article 180 of the Criminal Code of Georgia which deal with taking possession of the property of another for the purpose of its illegal appropriation and causing significant damage. The court imposed bail in the amount of GEL 10,000 for Mr Makrakhidze as a preventive measure.

On 22 July 2016 during the court session, Ioseb Makrakhidze’s lawyer filed mediation to use the laws on amnesty issued on 28 December 2012 and 24 June 2016. His lawyer demanded a stoppage of the criminal prosecution on all three charges against Mr Makrakhidze as a person under his protection.

The aforementioned laws on amnesty can only be used in the case if all of the plaintiffs agree to use them. The Law on Amnesty issued on 28 December 2012 covers those crimes under Article 180 of the Criminal Code of Georgia which were committed before 2 October 2012. The Law on Amnesty of 24 June 2016 concerns older aged convicts brought to the court under Articles 180 and 182 of the Criminal Code of Georgia and who had committed their crimes before 31 December 2015 and were over the age of 70 years at time of the crime. The charges against Ioseb Makrakhidze, who is 71 years old, met these criteria and, therefore, mediation proposed by his lawyer was approved based upon the fact that Mr Makrakhidze himself, together with the Mayor of Gori and the Head of the Gori District Municipality, agreed to use the amnesty laws. The representatives of the local self-government of Gori confirmed their agreement with their signatures.

On 22 July 2016, the court issued a ruling which decreed stopping the criminal prosecution of Ioseb Makrakhidze based upon the laws of amnesty and reimbursing him the GEL 10,000 he paid for his bail.

Conclusion As illustrated by the documents obtained by FactCheck,

the Georgian Dream Majoritarian candidate, Ioseb Makrakhidze, was indeed charged by the Prosecutor’s Office for crimes committed in 2012-2014 and was given bail in the amount of GEL 10,000 as a preventive measure. However, as a result of the application of the laws on amnesty, criminal prosecution against him was stopped in July 2016. Within a week, the Prime Minister of Georgia, Giorgi Kvirikashvili, nominated him as the Georgian Dream’s Majoritarian candidate for Gori.