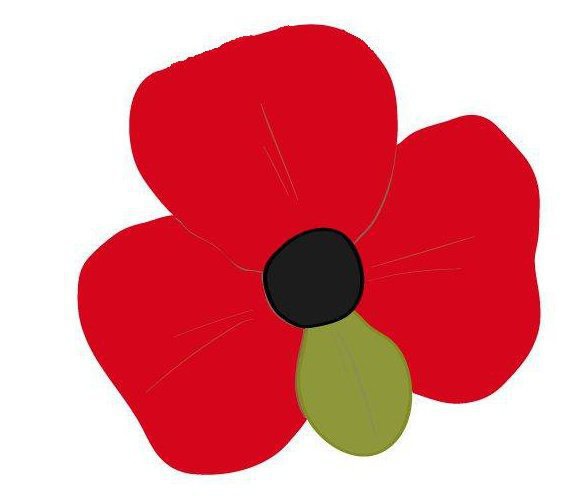 The 2008 War: The Lesser Known Details

The war between Russia and Georgia in August 2008 is one of the most significant episodes of Georgia’s contemporary history which we ourselves all witnessed. However, many people have a rather ambiguous understanding of this war. We can see that more often than not, people have a general perception of the war as an event but they do not have knowledge of the specific facts.

I studied the 2008 war in detail as a part of my work on the South Caucasus Historical Atlas project which I have been working on for the last several years. Certainly, it is impossible to fit all of the information about the war into one article but I would like to share some details which are rarely discussed in our society.

Russia started its final practical preparations for the war at the beginning of 2006. It is ironic that part of these preparations were taking place in Georgia itself.

In March 2006, Russia started to build a military base in the village of Elbakita, close to Java. Additionally, a tank fuel station was built in Java in 2006 as well. Of note is that Russian “peacekeeping” forces in the Tskhinvali region did not have any tanks. In 2007-2008, Russia added two more military bases to its already existing military infrastructure in Georgia. One of them was built in Ugardanta (close to Java) and the second in the north-eastern part of Tskhinvali. Later, on the first day of the war, 7 August, Russia’s invading military units were temporarily deployed at the Ugardanta military base. The construction of the Ugardanta military base was completed in July 2008.

In spring 2008, the final phase of the future military aggression was launched. On 17 April 2008, 300 Russian troops moved into Abkhazia. On 21 April 2008, Moscow announced that one battalion of the 7th

Airborne-Assault Division, together with artillery, would be deployed in Abkhazia from Novorossiysk. This contradicted Russia’s peacekeeping mandate in Abkhazia. However, the Kremlin, which was involved in the planning of a serious military operation, was not paying attention to such insignificant details. The aforementioned battalion was transferred to Abkhazia within a few days. On 26 April and 1 May 2016, large artillery forces and numerous military specialists were transferred from Russia to Abkhazia. On 1 July 2008, an additional 250 Russian troops were deployed in Abkhazia and a group of Russian military doctors settled in Tskhinvali on 14 July 2008.

In May 2008, units of Russian Special Forces, transferred from Russia, were deployed in the Gali district and areas adjacent to Tskhinvali. Later, in the morning of 8 August 2008, the first engagement with the Georgian Armed Forces was initiated by the troops of the 10th

Of significant importance were the repair work activities carried out by Russian railway troops to repair the railway line to Ochamchire. The work was carried out in June-July 2008 and finished on 30 July, just one week before the war. During war time, the repaired railway was used by those Russian units which later invaded the Samegrelo region.

After that, in the first days of August, the constant inflow of Russian army units together with paramilitary squads started which transformed into a full-blown incursion by 7 August 2008.

The Kremlin’s political preparation for the war in terms of military planning, Russian army drills and the construction of infrastructure on the territory of Russia proper, the appointment of representatives of the Russian military and special services to high positions within the Tskhinvali and Sokhumi puppet governments, together with multiple violations of Georgia’s air space, are separate and important issues. However, the construction of Russian military infrastructure and the deployment of non-peacekeeping forces on the territory of Georgia in the period of 2006-2008 to wage a war against Georgia are especially interesting.

How Georgian soldiers stopped the Russian offensive for one day

Russia started the attack within Georgian territory on 11 August 2008 after it concentrated sufficiently large forces in Tskhinvali and Abkhazia. On the same day, the Georgian Armed Forces were given an order to retreat and deploy in the vicinity of Tbilisi to defend the capital. There were some skirmishes during the Russian advance and the Georgian retreat. Of these, the most famous is the tragic battle of Shindisi. However, two other engagements were far more important in terms of military results. One of them is less frequently mentioned as compared to the battle of Shindisi and the other is completely unknown for the Georgian public.

On the morning of 11 August, two groups of Russian forces were gathered at the western and eastern points of Tskhinvali. They were tasked to advance to Gori, alongside the left and right embankments of the Liakhvi River, respectively. Both groups had airborne troops in advance guard whilst mechanised units comprised the main forces.

The western group started to move along the Tbeti-Avnevi road but its advance guard troops soon abandoned the road and passed in between the fields of the villages of Avnevi and Zemo Nikozi and started to move in the direction of the village of Variani. The main forces continued to move along the Avnevi-Zemo Nikozi road. Exactly at that time in the afternoon, Georgian troops conducted a successful ambush at the village of Khviti and inflicted Russian losses. Two Russian companies managed to pass the village of Khviti before the start of the ambush but the majority of the western-headed group were stuck in Khviti after the ambush and did not continue to advance on that day. They started their movement southward only on the next day, 12 August 2008.

The eastern group advanced to the village of Ergneti, south of Tskhinvali. Nearby, at the village of Meghvrekisi, Georgian troops organised an ambush against the Russian group’s advance guard airborne troops. As a result, instead of continuing their advance toward Gori, the eastern group was stuck in Meghvrekisi and stopped their movement. Those forces similar to the western group also continued their advance on 12 August 2008.

In the process of the retreat of the Georgian Armed Forces, several small-sized squads of Georgian military conducted attacks against the much larger and heavily armed Russian units. This enabled the Georgians to postpone the arrival of large Russian forces in Gori and at the East-West connecting highway. The ambush at the village of Khviti was carried out by the troops of 22nd “Charlie” battalion of the 2nd

Infantry Brigade whilst the Meghvrekisi ambush and the identity of the Georgian unit, which accomplished this ambush, still remains unknown for the public.

Why the Russians could not attack Tbilisi on 11-12 August

On the evening of 11 August, many in Tbilisi thought that a Russian attack on the capital was imminent in the next few hours. Tbilisi streets were almost empty. Some of the inhabitants had left the city. The sight of Georgian troops at the northern part of Tbilisi engendered rumours that the Russians were already in the city.

In fact, on the night of 11-12 August and throughout the entire day of 12 August, a Russian attack on Tbilisi was impossible. The only Russian group which was close to Gori, let alone Tbilisi, consisted of one battalion of airborne troops and those two companies  which managed to escape the Zemo Khviti ambush (the forces of that group took part in the battle of Shindisi). On the night of 11-12 August the group camped at Variani (10 kilometres north-west of Gori) and started preparations to repel the Georgian counter-attack. Their expectation did not come true because Georgian forces were already concentrating in Tbilisi but the assumption of the Russians was logical – those encamped at Variani advanced at a remote distance from the other Russian forces which naturally put them in a hazardous situation.

The other Russian forces (the western and eastern groups) which started their advance on 11 August spent the night of 11-12 August in the villages of Zemo Khviti and Meghvrekisi, three-four kilometres away from Tskhinvali. Throughout the next day (12 August) they concentrated near Gori. However, these forces were completely insufficient to attack Tbilisi, even against the disorganised Georgian military.

In the next few days after 12 August, large enough Russian forces concentrated in the Shida Kartli region. They solved the logistic and organisational problems and attack against Tbilisi started to look realistic in military terms. However, the period of 13-15 August was also well-used by the Georgian military to prepare whilst the statement of the US President Bush, about the launch of a humanitarian operation by the US Armed Forces to Georgia, significantly reduced the threat.

Why Georgia decided to withdraw from the Kodori Gorge

Withdrawal from the Kodori Gorge during the war was a huge psychological setback for the Georgian public. Naturally, immediately after the war and in the following years and including the present day, the question is frequently asked – Why did we withdraw from the Kodori Gorge, which was prepared for defensive battles, almost without a fight? The answer is that if we had acted in an opposite manner, Kodori’s Georgian garrison would have been besieged and annihilated.

On the evening of 10 August, units of the 7th Airborne-Assault Division crossed the Inguri River and entered the Zugdidi district. On the morning of 11 August two battalions of this division took Zugdidi. They were soon joined by other Russian forces. Afterwards, one part of these forces moved in the direction of Senaki and the second part; namely, the forces of the 247th Airborne-Assault Regiment of the 7th

In this way, they were aiming to close the single road connecting Kodori’s Georgian garrison to the rest of Georgia and threatened a complete besiege. All the units of the Georgian Armed Forces, with the exception of the Kodori garrison, were concentrated in Eastern Georgia. There was no one to impede Russia’s activities in Western Georgia. Besieged units sooner or later either surrender or are destroyed. This kind of result would have been inevitable in the Kodori Gorge as well. Therefore, after the evacuation of civilians, Kodori’s Georgian garrison started its withdrawal from the Gorge to Mestia.

Kodori’s Georgian garrison reached Mestia in the afternoon of 12 August. In a few hours, the forces of the 247th

Airborne-Assault Regiment reached Khaishi and blocked the road connecting the Gorge to the rest of Georgia.

If Kodori’s Georgian garrison had been besieged, the amount of losses and prisoners from the Georgian side would have been extremely high. It is possible that this factor would have made the ceasefire conditions even more unfavourable for Georgia.

There is still much to be told about the August war. For instance, which country’s intelligence services were expecting Russian aggression against Georgia or how Georgia became part of cyber-warfare history. Even more important would be talks about those lessons which are offered by the experience of the 2008 war. However, it is impossible to cover all of these in one article. It is important that our public apply a systematic effort in order to learn and understand the most important events of our contemporary history and do it by studying as many specific facts as possible. Without this, it is impossible to use them as a source of useful experience.
თეგები: