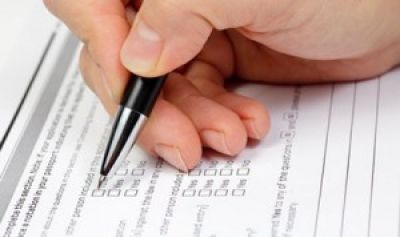 Is it possible for a country with a population of 3.7 million to have 3.5 million voters?!

The National Statistics Office of Georgia indicates that Georgia’s population is 3.7 million based

FactCheck Newspaper
FactCheck Newspaper
Facebook Linkedin Twitter Print
The National Statistics Office of Georgia indicates that Georgia’s population is 3.7 million based upon the universal population census of 2014. At the same time, the Public Service Development Agency published data claiming that a total of 3.53 million people are registered as voters in Georgia. FactCheck

took interest in whether or not it is actually possible for a country with a population of 3.7 million people to have 3.5 million voters.

addressed the Ministry of Justice of Georgia’s Public Service Development Agency. According to the information we obtained, there is a total of 947,000 citizens under the age of 18 years as of 11 March 2016. According to the official data, Georgia as a country with a population of 3.7 million people has 3.5 million eligible voters with 947,000 people under the age of 18 years of age as ineligible voters. The only possible way for these pieces of information not to contradict each other is if the methodology of calculation differs in each case. The National Statistics Office of Georgia counted the number of people present on the territory of Georgia (excluding the occupied regions of Abkhazia and Tskhinvali) at the given moment. The Public Service Development Agency counted the number of all citizens eligible to vote in the upcoming elections. Whilst talking about the voter list, the Minister of Justice of Georgia, Tea Tsulukiani, pointed out that the list also included citizens from the occupied regions of Georgia. “We have no right to exclude the people from the occupied regions of Georgia from this list. They indeed are Georgian citizens although we have temporarily lost contact with them; however, the time will come when they will once again be able to participate in elections. They are and always will be in the voter list. In addition, the list of possible voters also includes those citizens who are abroad at the time but have not accepted the citizenship of a foreign country. We, of course, count them as potential voters as well and nobody will be allowed to take away their right to vote if they so decide,” said Ms Tsulukiani.

However, Tea Tsulukiani’s words about citizens from the occupied regions are not confirmed by the data of the Election Administration of Georgia. Based upon the data for the 2013 Presidential elections of Georgia, the number of voters at that time was 3,537,719. If we look at the regional distribution of this number, it is evident that this is the sum of the population of the regions controlled by the Government of Georgia and does not include those living on the occupied territories.

Hence, the only reason why a country of 3.7 million could have 3.5 million voters is because of the number of Georgian citizens living abroad who are not counted in the overall number of the country’s population. The number of these people must be about 800,000. These are the individuals to which Tea Tsulukiani refers as potential voters living abroad.

In order to find out how many Georgian citizens living abroad (who were at the same time not counted among the electorate in Georgia) have the right to vote, FactCheck

addressed the Election Administration of Georgia. The Administration indicated that the number of voters registered inside the country was about 3.45 million as of 1 November 2015 whilst the number of those registered outside of the country was about 48,000 (not 800,000) during the 2013 Presidential elections. Such a difference indicates a faulty calculation of migration.

The National Statistics Office of Georgia calculates the data of international migration annually. It should be pointed out that Georgia’s migration balance between the last two universal censuses (in 2003 and 2014) is positive as 50,000 more people have entered the country during this period than left. Keeping this information in mind it is impossible to understand why the population of Georgia has dropped. In addition to this, the natural population growth (the number of new-borns minus the number of deaths) of Georgia from 2003 to 2014 is 23,000.

took interest in whether or not it is possible for the voter list to be artificially enlarged and contacted the Leader of the New Rights Party, Mamuka Katsitadze, to this end. Mr Katsitadze headed the process of checking voter lists for the 2012 Parliamentary elections of Georgia. At that time, a total of 3,438,142 voters were confirmed using the so-called door-to-door method. The process found that a total of 72,000 people were omitted from the list whilst 25,949 people on the list were deceased. A total of 291,471 voters were found to be abroad and the data for 39,426 voters had to be corrected. The Election Administration of Georgia claimed that the results of the door-to-door check were included in the voter list for the 2012 elections and they made a separate statement about the differences between the final results of the door-to-door check and the final version of the voter list (50,430 voters). According to Mr Katsitadze’s statement, it took his commission of about 11,000 registrars a total of two-and-a-half months in 2012 to finalise their work on the voter lists whilst the National Statistics Office of Georgia finished the universal census for 2014 in two weeks with just 6,000 registrars. Mr Katsitadze is convinced that the census conducted by the National Statistics Office in 2014 is incomplete.

Despite the fact that the universal population census and compiling the voter list have differing methodologies, there must be some kind of logical connection between the two. The universal population census conducted by the National Statistics Office of Georgia showed that Georgia’s population dropped to 3.7 million from 2003 to 2014. At the same time, the National Statistics Office’s data also showed that Georgia’s migration balance and the natural population growth were positive in these years (meaning that there was no logical reason for the decrease in the number of the population). If we assume that the data about migration are incorrect, we can say that about 800,000 Georgian citizens live abroad nowadays and are eligible to participate in elections. However, only 48,000 of these 800,000 are registered in the polling stations abroad. Hence, we know that the remaining 750,000 people are present in the voter list in Georgia; however, this comprises the portion of migrants who will not participate in elections either at polling stations abroad or at those located in Georgia. Consequently, we can assume that only about 2.7 million people will participate in the 2016 Parliamentary elections.
თეგები: