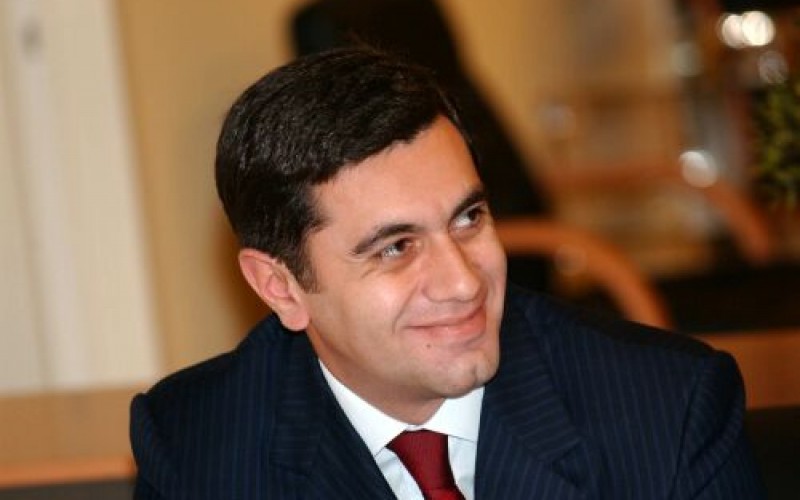 From next year, there will be only one specific place in Gori where bookmakers and slot clubs will be allowed

Assistant Chair of Gori City Council, Irakli Okruashvili, on air on TV Dia, spoke about the

Irakli Okruashvili is aware that the local City Council does not have the authority to place a ban on the gambling business. However, he asserts that he found a "legal solution" and will put this issue on the agenda.

Gambling fees are paid by those individuals who are conducting entrepreneurial work by operating casinos and gambling establishments on the territory of a self-governing entity. As the Law of Georgia on Gambling Fees imposes only the lowest and the highest margins for the fees, the exact amount of gambling fees is determined by the respective decisions of the city councils of each municipality and self-governing city. Therefore, each and every municipal council independently determines the amount of fees for those gambling entities located on their territory.

Even though public opinion in regard to banning or allowing gambling is divided, the fact is that the money received from the gambling business is an important source of revenue both for the local and central budgets. This is confirmed by research

carried out by Transparency International Georgia.

The issue of slot clubs and bookmakers in Gori was rather pressing in the previous years as well. At that time, the then governor of Shida Kartli, Lado Vardzelashvili, used to speak about moving gambling places outside of the city. Later, he explained that the implementation of his initiative was impeded by the war in August 2008.

This topic was discussed in Gori in 2015, too. However, at that time the local City Council could not find a legal ground for the removal or closure of gambling places and the discussion was stopped soon after its start because the issue is regulated by the Law of Georgia on the Establishment of Lotteries, Gambling and Gaining Games.

Therefore, it is impossible to shut down the gambling business in Gori or move it from one place to another because this requires an amendment to the law by the Parliament of Georgia after which the changes would become mandatory throughout the country. A legislative initiative on the imposition of stricter regulations on the gambling business was presented before the Parliament of Georgia in 2013 by Koba Davitashvili, MP. However at that time, the initiative did not find the support of the majority and failed.

Irakli Okruashvili’s statement was assessed as common populism by a member of Gori City Council (Free Democrats party), Tamar Tedliashvili. According to her, Mr Okruashvili is misleading the population. In her interview with FactCheck,

Ms Tedliashvili stated: "Irakli Okruashvili keeps using his old methods and, at the same time, is completely unaware of the functions of the City Council."

Gori Economist, Tamar Ediasherashvili, offered the following comment: "Not a single law can forbid an entrepreneur from carrying out any kind of activity in his premises if that activity is not banned by Georgian legislation. In regard to the gambling business, especially when that business pays fees, Okruashvili’s initiative is not based on any article of the Self Government Code."

The Prime Minister of Georgia, Giorgi Kvirikashvili, talked about this issue some time before. He stated that the gambling business should not have any threats because it is an important source of revenue for the hotel and tourism industry.

FactCheck tried to obtain precise information in regard to the "legal solution" mentioned by Irakli Okruashvili. However, he did not answer telephone calls from FactCheck

over a period of several days.

Conclusion The closure or the removal of private property which is not engaged in illegal activities creates a pressure upon and a limitation of business which contradicts Georgian legislation. As learned by FactCheck,

local self-governing bodies do not possess any leverage for limiting or regulating the gambling business. Irakli Okruashvili has not presented an alternative solution so far. Therefore, without respective legislative amendments adopted by the Parliament of Georgia there is no legal ground to remove the gambling places located in Gori.