During his speech at the Parliament of Georgia, the President of Georgia, Giorgi Margvelashvili, stated that the employment figures in Georgia are worrying because a large share of those employed is working in the public sector.

took interest in this issue.

The latest employment data from the National Statistics Office of Georgia describe the situation as it was in 2014 and show that the rate of unemployment was 12.4% at the time. This is 2.2% less than it was in 2013. According to the methodology used by the National Statistics Office, persons who are self-employed (those who work in their own households or enterprises) are also included in the larger body of those employed. A large share of self-employed persons in Georgia work in the field of agriculture where their income is low and their social condition is dire. About 60% of all employed persons are self-employed. In the European Union, the percentage of those self-employed among the larger body of those employed is only around 16%.

The share of those employed in the public sector in the overall employment statistics varies from country to country. This share is the highest in the Scandinavian countries (from 28% to 34%) whilst it is at its lowest in Japan and South Korea (7.9% and 7.6%, respectively). The share

The overall distribution of employed persons in 2014 looked like this:

Distribution of Employed Persons by Occupation 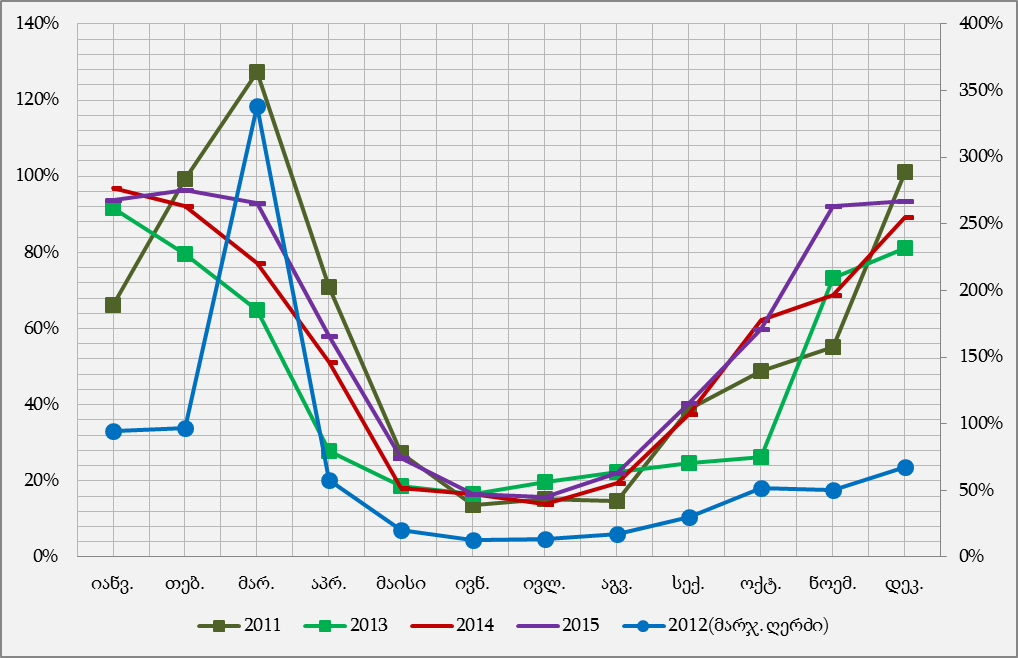 According to the information of the National Statistics Office of Georgia, unemployment was about 15% in 2012 whilst it had dropped to 12.4% in 2014. The decrease in the number of economically active persons had a significant influence upon the drop in unemployment. Self-employed persons still constitute the majority of those employed (60%). Hence, the fact that the situation in terms of unemployment is dire is a true statement.