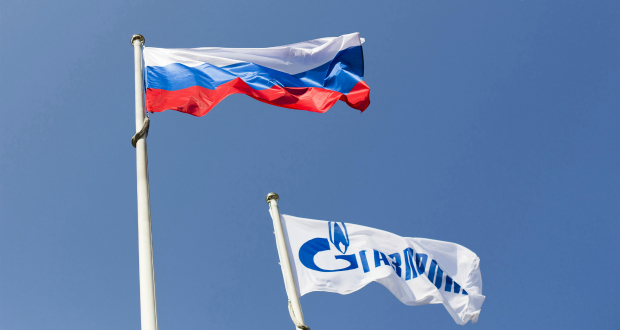 What is the Aim of Negotiations between Georgia and Gazprom?

Views: 1413
FactCheck Newspaper
FactCheck Newspaper
Facebook Linkedin Twitter Print
The possible import of natural gas from the Russian Federation was made public on 25 September 2015 after the publication of information on Gazprom’s official website that talks had been held in Brussels with the Georgian Minister of Energy. According to Gazprom,

the transit of Russian gas to Armenia and providing natural gas to Georgia were discussed at the 25 September meeting. Four additional meetings were held with Gazprom representatives unil the end of January 2016.

After the initial report, the Minister of Energy, Kakha Kaladze, confirmed that negotiations concerned details on issues such as transit to Armenia and purchasing additional volume from Russia. Later, Mr Kaladze clarified that the talks only concerned commercial gas. Representatives of the government have made several statements concerning the need for diversification. The then Prime Minister of Georgia, Irakli Gharibashvili, claimed the opposite in his statement during his unscheduled visit to Azerbaijan where he met with the Azerbaijani Minister of Energy, Natik Aliyev, and the President, Ilham Aliyev. Mr Gharibashvili denied the possibility of substituting Azerbaijani gas with Russian gas and labelled any talk concerning diversification as absurd.

On 30 October 2015, the Ministry of Energy responded to a letter from the Republican Party in which it noted that the government was not planning to purchase gas for the commercial sector and that there was also no need for purchasing non-commercial gas owing to a long-term agreement signed with Azerbaijan in 2009 which satisfies the needs of society. Of note is that the government does not interfere in the procedure of gas purchases by commercial subjects. An agreement between parties of a purchase treaty is possible without the participation of the state and such a precedent is well known.

Statements made by Kakha Kaladze concerning the topic of the aforementioned negotiations differ from each other at different times. Initially, Mr Kaladze explained the necessity for finding a new supplier owing to the costliness of Azerbaijani gas. According to another version, Azerbaijan had insufficient resources as well as problems with extraction although this was later not confirmed.

Source: Ministry of Energy of Georgia Subsequently, it became known that the problem from the Azerbaijani side was not the satisfaction of the increased total consumption but the absence of the technical capacity to provide daily consumption volume during the peak consumption period. According to Kakha Kaladze’s statement of 12 January 2016, Georgia’s daily winter consumption reached 11 million m3 which made it impossible to fully satisfy this demand with pipelines coming from Azerbaijan. As he explained, Georgia receives 6 million m3 of natural gas daily via the Qazakh Pipeline and 2.9 million m3 via the South Caucasus Pipelines. From 2015 onwards, the gas that Georgia receives from the transit of the natural gas to Armenia alone will not be enough to cover the deficit. Therefore, Georgia has already used up half of the transit price as designated by the 2016 quota. In 2016, the total volume of gas for filling the deficit is 300-400 million m3

which is planned to be purchased from Gazprom. This volume accounts for 12%-16% of Georgia’s 2016 planned consumption whereas the share of Russian gas in the total consumption, including the gas that Georgia receives as a transit price, will reach 20%-25%.

The CEO of Socar Georgia, Mair Mamedov, partially confirmed the existence of a certain technical problem in consumption during the peak period. However, as Mr Mamedov explained, Socar is the commercial operator of the Shah-Deniz Pipeline and is able to adjust the proportions of the volume discharged by this pipeline in the summer and winter seasons in order to fill the deficit. In addition, Socar will increase the volume provided by the Qazakh Pipeline to 7 million m3.

In terms of the existence of these opportunities, it is unclear why pre-emptive developments in regard to Russian gas were taking place instead of negotiating with Socar as concerns the necessity for providing the additional volume.

in 2015) is the volume of gas received via transit to Armenia and the contracts signed with the Shah-Deniz consortium. The remaining volume is filled with the long-term contract signed with Socar.

Any volume over the aforementioned is USD 250 according to experts. Additionally, according to Kakha Kaladze, the price of Azerbaijani commercial gas is around USD 260.

According to the Ministry of Finance, Azerbaijan provided Georgia with 1,939 million m3 of natural gas in 2014 for the total price of USD 295 million. Therefore, Georgia paid USD 152 per every 1,000 m3

of natural gas for the average weighted price of USD 148.6.

According to Gazprom data, Russian gas was provided to Europe for the average price of USD 304 in 2013 and to post-Soviet countries for USD 224. As of October 2015, the price of Russian gas (on the German border) is USD 212 per 1,000 m3. Indicators of different countries clearly illustrate Russia’s political attitude towards certain countries (see link). Namely, Russia’s "friends," such as Belarus and Armenia, were receiving natural gas for USD 166 and USD 189, respectively, whilst Ukraine, which confronted Russia, had to pay USD 485 for 1,000 m3 of gas in 2013 (see link). As of 2014, the price remained the same in Armenia and Belarus whilst the price for Ukraine decreased to USD 268 in exchange for Ukraine’s refusing to sign the European Union Association Agreement but then increased to USD 468 after getting rid of the former pro-Russian government (see link 1 and link 2). Today, in the first quarter of 2016, the price of Russian gas for Ukraine equals USD 230. As of August 2015, the price had not changed in Armenia although the country did agree with Russia upon a price drop to USD 165 (see link). Considering the aforementioned data, in the case of the most optimistic approach, the average price of Russian gas will not be less than the price of Azerbaijani gas. Moreover, according to experts, the price of Russian gas will be USD 100 more expensive than Azerbaijani gas (see link). FactCheck

believes that if Russia (Gazprom) decides to provide Georgia with natural gas for the price given to Belarus and Armenia, or even less, it will be a political and not a commercial price.

Of further note is that during the analysis of the existing situation, legitimate questions arise vis-à-vis the Government of Georgia. The technical characteristics of the existing infrastructure are known to the government and so it is unclear why it was unprepared for this anticipated problem and no preventive or mitigation steps were taken in advance . Construction of a gas storage facility for balancing any short-term inconsistency in demand-and-supply has already been planned although it remains unclear why this was not put into action as a pre-emptive move. It is also questionable why the search for finding a solution to the problem began with talks with Gazprom whilst meetings with an existing strategic partner were held only post factum – even after finding out that Socar’s management considered it possible to solve the existing technical problem with its own capacity. It is noteworthy as well that holding negotiations under secret circumstances caused additional uncertainty. Georgia’s public as well as specialists in the field were not informed about the negotiations whatsoever. As a result of public protest, lively discussions and media engagement, the circumstances concerning information disclosure were subsequently improved.

One of the most important aspects of the negotiations – substituting product with money in terms of the transit fee – was not voiced until the last meeting. At this stage, Georgia receives 10% of the gas transited to Armenia. The volume that will be reimbursed by Russia to Georgia is unclear although, as the pipeline is short, the reimbursement is expected to also be low based on international practice. Hence, Georgia will be unable to purchase the same volume of natural gas for the money it is reimbursed as opposed to what it would receive in the form of product (gas). It is also noteworthy that the aforementioned gas stream represents only a portion of the total non-commercial gas volume. Substituting it with gas purchased for a market price will increase the cost of Georgia’s non-commercial gas which will, in turn, most likely increase the consumer tariff of natural gas as well.

According to experts, changing the terms of the contract has always been in Gazprom’s interests although Georgia has been managing to maintain the terms until now. According to Kakha Kaladze, Gazprom was putting an ultimatum in place – in the case of rejecting the terms, it would provide Iranian gas to Armenia. The discharge rate of the pipeline from Iran to Armenia is under 1 billion m3 whilst Armenia’s consumption exceeds 2 billion m3. It is also interesting that Armenia has signed a contract with Iran. According to the contract, Armenia generates electricity with the gas received from Iran and provides the country with a part of the generated electricity. Therefore, mobilising the entire load of the pipeline for providing Armenia with gas is complicated. Increasing the discharge is possible up to 2-2.5 billion m3

although this is a long process. Under the current conditions, when there is no full alternative source for providing Armenia with natural gas, the Georgian side has the leverage to leave the contract terms unchanged at this stage.

To conclude, despite possessing full information, the Government of Georgia has been unable to prepare itself for the period when the total consumption of natural gas would reach a critical threshold concerning discharge (that is, intensifying work with the Azerbaijani side, installing compressor stations, correcting tariffs, more intense development of alternative energy sources, etc.). Under the condition of an absence of an exploitable gas storage facility, purchasing additional volume from Gazprom became necessary and allowed the Russian side to put additional requirements on the table and request the revision of transit terms. This problem appeared in 2015 and the government found an easy and temporary solution – we received half of the gas that we had to receive in 2016 by quota which in turn increased the deficit of the current year even more.

Recently, Kakha Kaladze has been trying to improve communication with the public concerning the Gazprom talks. The last meeting was held on 20 January 2016 in Vienna and ended with no particular outcomes. The dates and locations of upcoming meetings are still unknown. FactCheck will closely follow this issue and provide readers with updated information.