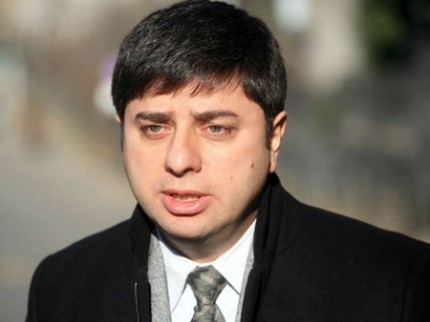 Members of the previous government, Kalmakhelidze and Gilauri, used to receive GEL 200,000 bonuses

During debates on air on Rustavi 2, a member of the Parliamentary Majority, Zakaria Kutsnashvili,

Views: 738
Half True
The statement is partly accurate, but the details are missing or some of the issues are without context
Facebook Linkedin Twitter Print

During debates on air on Rustavi 2, a member of the Parliamentary Majority, Zakaria Kutsnashvili, stated: "The representatives of the previous government, Kalmakhelidze and Gilauri, used to receive GEL 200,000 bonuses."

Khatuna Kalmakhelidze was appointed as the Minister of Corrections on 21 December 2009 and remained in that position until 19 September 2012. FactCheck

requested data about labour remuneration in the Ministry of Corrections from 2009 to the present day.

In 2012, Sozar Subari was appointed as the Minister of Corrections. FactCheck

also took interest in the amount of bonuses and salary supplements received by the other ministries in 2013.

Bonuses and Salary Supplements Received by Ministers in 2013

As illustrated in the table, the total amount of annual bonuses and salary supplements given to ministers was GEL 50,568 on average which resembles the average amount of bonuses received by Khatuna Kalmakhelidze in the period of 2009-2012.

Nika Gilauri was the Prime Minister of Georgia from February 2009 until June 2012. FactCheck requested information from the State Chancellery of Georgia about bonuses and salary supplements of former Georgian Prime Ministers, including Irakli Gharibashvili. A month has passed since FactCheck

sent a letter with this request butwe still have not received a reply. However, according to the information published by the Institute for Development of Freedom of Information (IDFI), in the period of January-June 2012 (six months), Nika Gilauri, as the former Prime Minister, received GEL 114,750 in total as a bonus. Considering the fact that the amount of bonus for six months was GEL 114,000, it is possible that the total annual bonus for one year could reach GEL 200,000.

As for Nika Gilauri, we have only six months of data for the year 2012 as concerns the amount of bonus he received. According to that data, Mr Gilauri received GEL 114,750 as a bonus from January until June 2012. Despite our numerous attempts to obtain information about the amount of bonuses or salary supplements received by other former Prime Ministers, those figures remain unknown.

FactCheck concludes that Zakaria Kutsnashvili’s statement is HALF TRUE.