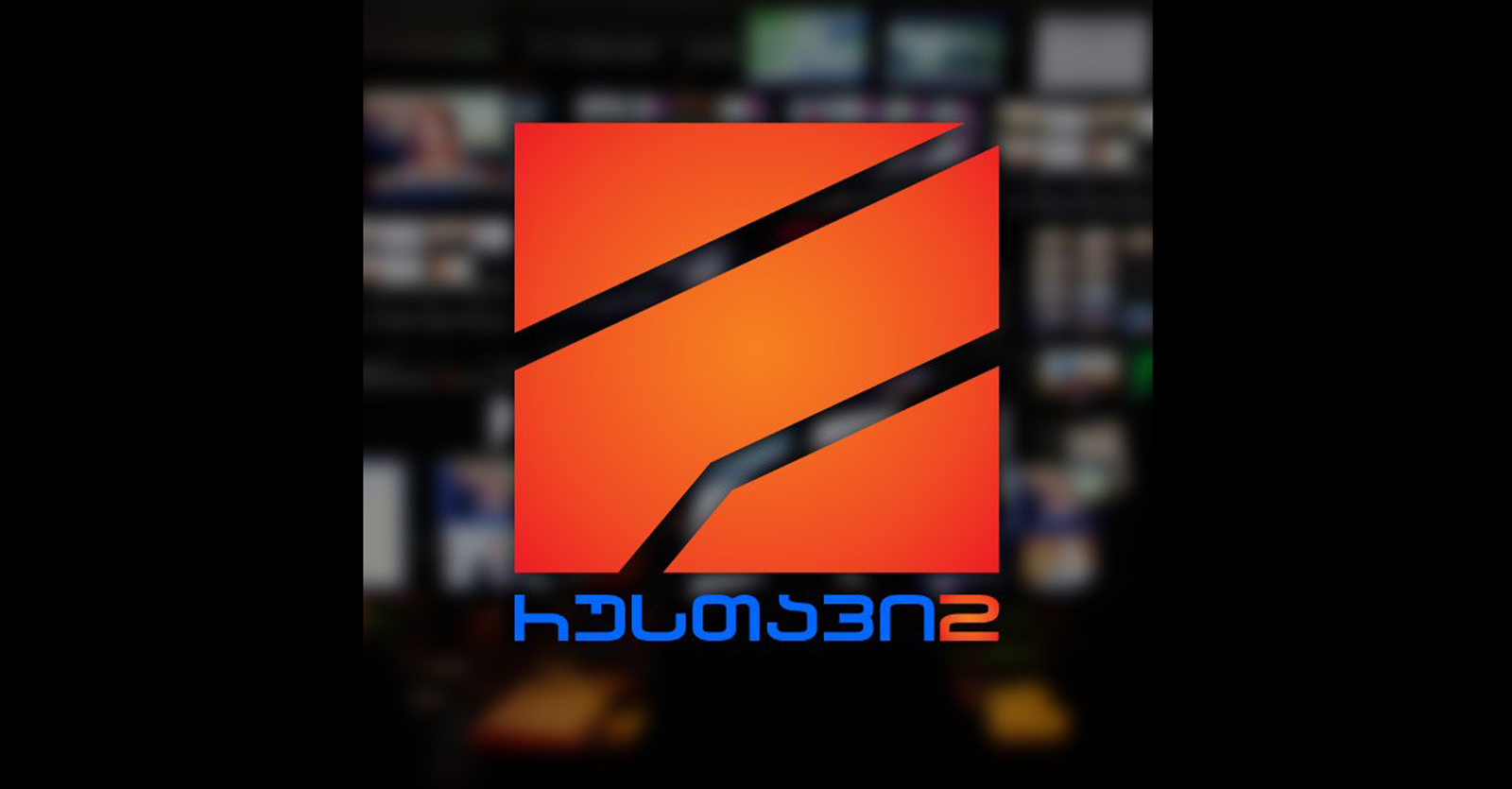 What was the purpose of the appointment of a temporary manager at Rustavi 2 and how legal was this action?

Views: 1106
FactCheck Newspaper
FactCheck Newspaper
Facebook Linkedin Twitter Print
The legal dispute between Rustavi 2 and Kibar Khalvashi has become one of the most important issues in the last month and has caused a major international outcry. The biggest agiotage was caused by the 5 November 2015 court decision which has been perceived by both the local as well as the international communities as a gross interference in the freedoms of speech and expression on the part of the court. FactCheck actively monitored the events unfolding around Rustavi 2 (see our articles on this issue: article 1, article 2, article 3).

On 2 November 2015, the Constitutional Court of Georgia accepted the constitutional claim of the Rustavi 2 Broadcasting Company Ltd and the TV Sakartvelo Company Ltd according to the minutes of the First Board of the Court. The claim requested the Court to deem Point Z of Part 1 of Article 268 of the Civil Procedure Code of Georgia, which was one of the bases for the immediate implementation of the decision of the court of first instance, as unconstitutional. The First Board of the Constitutional Court satisfied the motion of the authors of the claim and temporarily suspended the aforementioned article in order to prevent the violation of the rights of the claimants.

As a result, the possibility of an immediate implementation of the decision of the court of first instance, if the dispute between Rustavi 2 and Kibar Khalvashi were concluded in favour of Mr Khalvashi, was excluded. On 3 November 2013, according to the decision of the Civil Issues Board of the Tbilisi City Court, Mr Khalvashi’s claim was partly granted. Specifically, the claimant’s main request about deeming the purchase agreement void and returning the Rustavi 2 shares to him was granted.

Subsequently, the defence began to prepare a complaint about this decision to submit to the Court of Appeals of Georgia. However, most surprisingly for them, a note was made in the Public Registry of Georgia at 17:45 pm on 5 November 2015 which made it clear that a judge, Tamaz Urtmelidze, granted Kibar Khalvashi’s request and deemed it necessary to issue a ruling to ensure the implementation of his decision. According to the ruling, individuals responsible for managing, representing and governing Rustavi 2 were deprived of their authority until the final decision of the court (until the courts of all instances had had their say). Davit Dvali and Revaz Sakevarishvili were appointed as temporary managers of Rustavi 2.

According to the assessment of the Public Defender of Georgia, appointing a temporary manager in terms of the acting legislation contradicts the principle of the foreseeability of the legislation as well as enabling the possibility for the principle not to be directly described in any law. It should also be noted that Georgian legal practice does not have an example of using temporary managers as a means of ensuring the implementation of court decisions.

In its ruling, the court presented a legal test adopted by one of the courts of the United States of America which determines that the following preconditions must be present in order for the appointment of temporary managers to be possible:

It should be noted that these preconditions have a cumulative character which means that all three must be present in order for temporary managers to be appointed with the presence of only one of the aforementioned being insufficient. Despite this, the court only considered the risks faced by the company in the case of the incumbent management being left in office.

The court pointed out that due to the specifics of its work, the company owns various valuable movable properties. In order to function properly, therefore, it needs many kinds of movable items such as expensive equipment without which it would be unable to perform its work and, further therefore, generate income. It should be noted that on 5 August 2015 and 29 September 2015, Judge Tamaz Urtmelidze sanctioned the seizure of not only Rustavi 2’s real estate and movable property but the property of TV Sakartvelo as well which owns a 51% share of Rustavi 2. Hence, the court did not consider why the aforementioned measures were insufficient for protecting the claimant’s property right and what irreversible damage could be produced had the temporary managers not been appointed.

Aside from the aforementioned fact, according to the clarification of the court, there was a risk that the non-appointment of temporary managers would alter the format of the defence party’s work and that several television shows, including very popular ones, would see their work modified or closed down altogether. It was also pointed out that the main concentration of Rustavi 2 employees and the main line of their work would become covering the issues around the legal dispute concerning their company. This would not only have a negative influence upon the company’s ratings and financial conditions but would pose a serious risk that the media source would lose its main role and purpose – protecting the public interest.

The court stated that the media is obligated to cover all spheres of public interest and the focus only upon one issue is inadmissible. The court also indicated that when covering the issue of public interest, the principle of impartial and fair reporting must be used.

According to Article 24 of the Constitution of Georgia: "The sources of mass information are free." Rustavi 2 is an independent broadcasting company. It is free in its editorial policy and the court has no authority to demand the coverage of any kind of information. Hence, this part of the ruling gives the sense that the problem for the judge was the company’s editorial policy. In addition, the judge failed to explain why the company’s editorial policy poses a risk of irreversible damage to the claimant’s interests.

According to the assessment of the Public Defender of Georgia as well as those of the local and international communities, the discussion about the form of Rustavi 2’s broadcasting and its objectivity is perceived as the intervention of the court in the principles of the freedoms of speech and expression.

The independence and objectivity of the temporary managers has also been questioned. According to the court’s explanation, a temporary manager is a neutral person independent from the parties and not involved in the dispute, has no personal property interest towards the object of the dispute and his main interest is to protect and preserve the property until the dispute is concluded. The party which requests the appointment of a temporary manager must show that this is in the interests of one or both of the parties of the dispute. Given the fact that the defence did not have any information about the issue of the appointment of the temporary managers and was unable to present its own candidates and/or express its opinion about the person selected by the opposing side, the judge was obligated to protect the interests of the defence and assess the proposed candidate from its perspective as well. However, the judge not only refused to balance the interests of the parties but also did not consider the neutrality and independence of the proposed temporary management whatsoever.

also analysed Davit Dvali’s statements in terms of their neutrality. As a founder of Rustavi 2 and Kibar Khalvashi’s former partner, Mr Dvali, commented upon the proceedings commenced against Rustavi 2 (4 August 2015) upon the basis of Mr Khalvashi’s complaint. According to his statement, he was forced to give up his 30% share of Rustavi 2 back in 2004 and this share was soon bought by Mr Khalvashi. "Kibar Khalvashi is now complaining about the same issue and believes that he was unlawfully deprived of his share of Rustavi 2 and I agree with this. However, I hope that his claims do not coincide with our claims. When I say our, I mean the 60% owned by me and Jarji (30% each). This is why I believe that Khalvashi’s claims are directed towards the remaining shares and not ours which were taken away from us and given to him."

Davit Dvali talked with us about his future plans as well. "If Khalvashi wins the case, there are numerous options we can take:  we can engage in a legal dispute, reconcile and he can give back what belongs to us." It appears that Mr Dvali favoured the reconciliation option for the end of the process and as a result received a public promise from Kibar Khalvashi that if he wins the case, he and Jarji Aqimidze will receive their half of the Rustavi 2 shares back.

As we can see, during none of the stages of the dispute did Davit Dvali conceal his personal property interests towards the case. The judge also knew about the negative attitude of the defence party towards the person who he proclaimed as a neutral temporary manager.

The judge’s 17-page long ruling which was full of examples of practices from the United States of America also deserves attention. Judge Tamaz Urtmelidze studied an entirely new institute which has never been used in Georgia before. Taking this into account, the question of whether or not it was possible for the judge to conduct a comprehensive study in such a short period of time arose. In addition, the claims that the ruling was drawn up hastily is further confirmed by the fact that the judge discussed some practices and institutes only theoretically and said nothing about the applicability of these practices towards specific cases which is usually the most important part of argumentation.

According to the statement of Rustavi 2’s Director General, Nika Gvaramia, this ruling aimed to confuse the Constitutional Court of Georgia. Specifically, this was an attempt to show the Constitutional Court that the problem was resolved and there was no need to suspend the respective legal norms. If the norms were not suspended, Judge Urtmelidze could have easily altered his ruling in favour of Kibar Khalvashi once again.

Despite all of the aforementioned, on 13 November 2015, the Constitutional Court of Georgia accepted Rustavi 2’s complaint for full consideration and suspended the operation of the requested norms until the final decision. However, despite the suspension of the norms, the suspension of the means of the implementation of the 5 November 2015 ruling has not yet been discussed. As of today, based upon the data of the Public Registry of Georgia, Director General, Nika Gvaramia, and Financial Director, Kakhaber Damenia, are still responsible for Rustavi 2’s management and representation.

Even though the tensions around the Rustavi 2 case have been temporarily defused, the dispute has hitherto not been concluded. The public will see the court trials about this case at the Court of Appeals and the Supreme and Constitutional Courts of Georgia.