According to the information of the Government of Georgia, the country received 355 million from investments. However, of this amount, 207 million was spent on equipment and not a single dime was used to appreciate GEL

At the session of the Parliament of Georgia, a member of the United National Movement, Mikheil

Views: 1055
Mostly False
In the statement is the elements of the truth, but the important facts that could have made other impressions
Facebook Linkedin Twitter Print

At the session of the Parliament of Georgia, a member of the United National Movement, Mikheil Machavariani, stated that the growth of foreign direct investments in the second quarter of 2015 happened at the expense of companies purchasing equipment whilst there were no new currency inflows into the country.

Some sorts of financial operations can be qualified as a foreign direct investment but they might have a different impact upon the economy. This could be the foundation of a new company by an investor or purchasing shares within an existing company. Additionally, issuing loans to an enterprise by a direct investor increases currency inflows and positively affects a national currency exchange rate. Reinvested income is one of the components of foreign direct investment. It is true that reinvesting income does not create new inflows of foreign currency but it still has a positive impact upon a currency exchange rate. If a foreign investor does not reinvest his incomes received from an enterprise, he could take the money out of the country. In the case of Georgia, this act would in turn increase the volume of currency outflow and have a negative impact upon the GEL exchange rate.

Of note is that up until now, it was not mandatory for enterprises to provide the National Statistics Office of Georgia with their financial information. However, from the second quarter of 2015, enterprises are required to submit any requested information to the Office. Due to this change, the amount of information given to the National Statistics Office of Georgia has increased and, consequently, it also affects investment statistics.

The graph below illustrates the dynamics of foreign direct investments according to respective components in the years 2009-2015.

Foreign Direct Investments According to Respective Components in 2009-2015 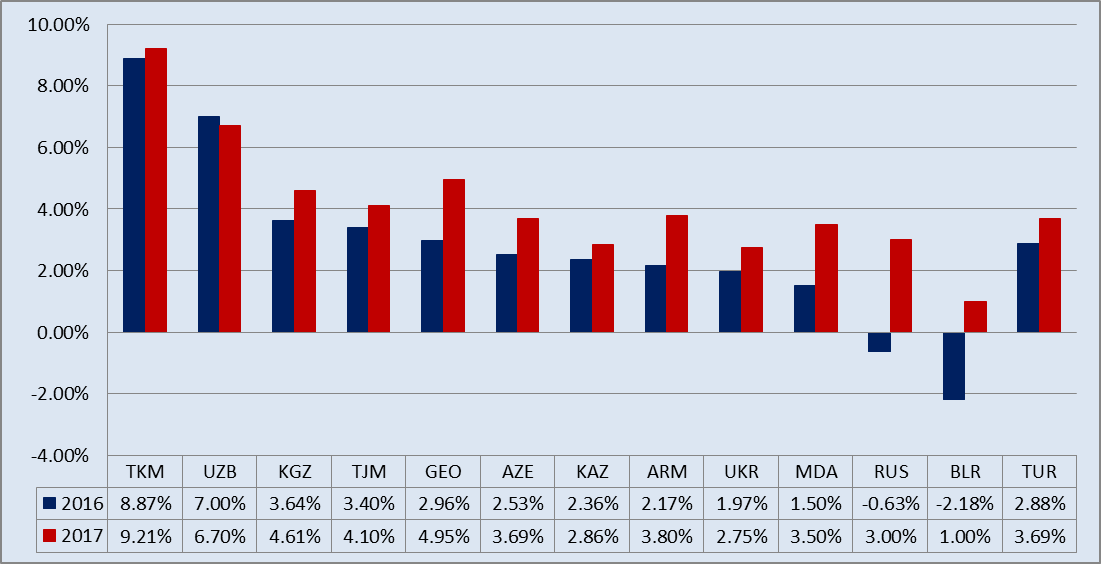 USD 530 million was invested in the first two quarters of 2015. Of this amount, 49% was for the growth of share capital of an enterprise, 32% (USD 169 million) was for reinvestments and 19% was for income received from trade credits and debt operations (they are classified as other capital).

Of additional mention is that foreign direct investments are not the only source of foreign currency inflows and, therefore, a currency exchange rate is affected by other factors as well. These factors include a country’s foreign trade dynamic and foreign currency incomes from abroad (tourism, remittances). According to the combined data of the first two quarters of this year, investments increased by 5% in 2015 as compared to the same period of the previous year. There was a marginal 3% increase in incomes from tourism whilst incomes received from communications and transportation services decreased. The country’s trade balance and current account deficit worsened by 2% and 4.4%, respectively, as compared to the same period of the previous year. The third quarter statistics of the balance of payments have not yet been published. However, considering the dynamics of the GEL exchange rate, we can assume that currency inflows did decrease in the third quarter.

In the second quarter of this year, USD 207 million was indeed invested in the communications sector. However, there are no official statistics to indicate the components in which investments grew and where this money was spent. Therefore, the part of the MP’s statement which says that 207 million was spent to purchase equipment cannot be verified.

Generally, Georgia does not produce high technology products with the large portion of equipment and machinery necessary for the re-equipment of an enterprise and for its unhindered operation being imported. Therefore, a part of the country’s foreign direct investments is spent for purchasing equipment which increases the volume of imports. Even though companies import equipment and machinery which causes a foreign currency outflow from the country, this does not produce a negative result because technical equipment and the furnishing of enterprises increase their productivity and has a positive impact upon the economy.

The National Statistics Office of Georgia uses the standards of international methodology for the calculation of foreign direct investments. Foreign direct investments include several components such as reinvested incomes (for instance, purchasing long-term production assets such as equipment) which do not create new inflows of foreign currency but decrease capital outflows from the country. Reinvesting incomes is a positive factor for an economy. In 2015, the amount of reinvested income in Georgia constituted 32% of the total volume of the country’s foreign direct investments. Additionally, the reinvestment was approximately the same amount in 2010-2011 as well.

In regard to the impact of investments upon the GEL exchange rate, we have to mention that together with investments, the currency exchange rate is affected by factors such as foreign trade dynamics, remittances and other incomes from abroad. According to the balance of payments data for the first two quarters of 2015, the amount of USD which came into the country is 165 million less than the amount of USD which left the country. This was duly reflected in the GEL exchange rate.

In regard to the part of Mikheil Machavariani’s statement in which he says that USD 207 million was spent to purchase equipment, this cannot be verified owing to the absence of respective statistical data. However, of mention is that Georgia generally depends upon imports and purchases machinery and equipment abroad for domestic enterprises. It is true that the purchase of equipment increases the volume of imports but, on the other hand, it has a positive impact upon productivity and the economy. In general, the principal purpose of foreign direct investments is to stimulate the economy and increase productivity.