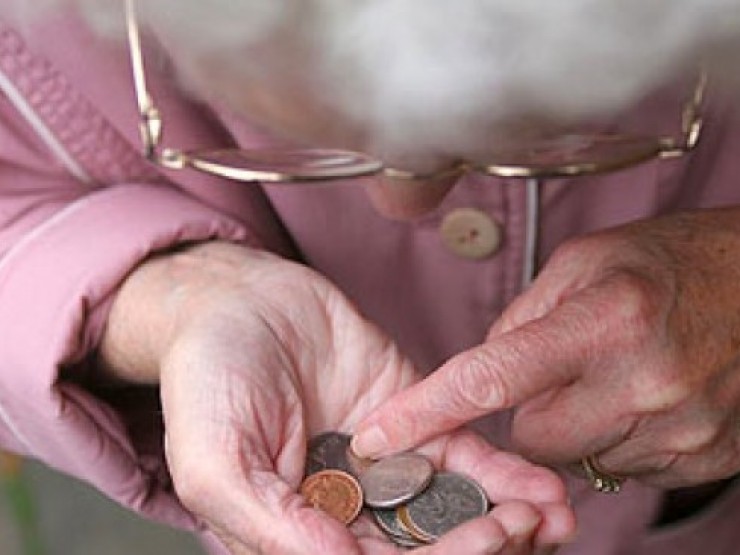 Is it possible to increase old age pension by GEL 50 for the next year?

The Parliament of Georgia is in the process of discussing the 2016 budget. According to the current

The Parliament of Georgia is in the process of discussing the 2016 budget. According to the current budget draft, old age pension will not increase in 2016. Even though the Georgian Dream’s election promise was to increase pension to GEL 220, this promise remains hitherto unfulfilled.

The United National Movement is speaking about the need to increase old age pension. The party’s statement reads: "It is possible to include a GEL 50 increase in pension in the 2016 budget. For this, it is necessary to curb bureaucracy, stop funding useless projects and move towards a targeted funding plan for special groups instead of the current universal funding system."

tried to assess the Government of Georgia’s resources for increasing old age pension.

The state budget for 2016 allocates GEL 1.840 billion for old age pension. As we have already mentioned, this budget draft does not envisage an increase in pension for the next year.

As of September 2015, there are approximately 705,000 pensioners in Georgia. Statistics

Are there sufficient resources in the state budget to increase old age pension by GEL 50? The revenues and expenditures of the state budget rise proportionally to the growth of the economy. In 2010-2012, Georgia’s economy grew by 7% on average whilst the average economic growth rate dropped to 3% in 2013-2015. Additionally, we have to take into account the fact that the country has a universal healthcare programme which comprises a large amount (GEL 570 million according to the 2016 state budget) of social expenses. Therefore, against the backdrop of all of the aforementioned, it will be difficult for the Government of Georgia to fulfil its promise and increase pension.

The Government of Georgia will be able to increase old age pension only in the case it decreases other expenditures (bureaucracy expenditures, premiums and bonus salaries) and directs the savings to pension. Additionally, the state can save a significant sum of money if universal programmes are replaced by targeted programmes.

According to the 2016 draft budget, current expenses will be increased by GEL 357 million in total. Expenses for social welfare will increase by GEL 280 million. They will increase by GEL 90 million for pension as a result of the growing number of pensioners and the GEL 10 increase in old age pension introduced in September 2015. The funding for universal healthcare is also increasing by GEL 100 million. In regard to so-called bureaucratic expenses, the amount of money for wages will be increased by GEL 57 million and expenditures for goods and services will rise by GEL 69 million. If the Government of Georgia refrains from increasing bureaucratic expenditures and makes the universal healthcare system a targeted one (which means that there will be no need to increase funding for universal healthcare), GEL 226 million will be liberated from the budget which can be used to increase old age pension. In this case, it will be possible to increase the amount of pension by GEL 25 from January 2016 and by GEL 50 from the second half of the next year. If the Government of Georgia decides to keep the universal healthcare programme and does not increase bureaucratic expenditures, it will be possible to increase pension by GEL 15 from January 2015.

One more option for increasing the amount of old age pension is by taking debt but this method should be excluded in the first place because funding social expenses with debt will lead the country to crisis and increase the level of inflation. Moreover, the real pension amount will not be increased.

If the Government of Georgia refrains from increasing bureaucratic expenditures and makes the universal healthcare system a targeted one (in this case, there will be no need to increase healthcare expenditures), GEL 226 million will be liberated from the budget and so old age pension could be increased by GEL 25 from January 2016 and by GEL 50 from the second half of the next year.