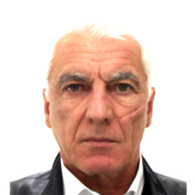 If it were not for Giorgi Margvelashvili’s foolish decision, GEL would not be in such trouble today

On 19 September 2015, in his interview with the New Generation, the Parliamentary Majority MP,

the Parliamentary Majority MP, Tamaz Mechiauri, assessed the work of President Giorgi Margvelashvili. According to Mr Mechiauri, the President of Georgia is trying to weaken the incumbent government and the perfect example of this was the fact that he vetoed the amendments to the Law on the National Bank of Georgia. "If it were not for his foolish decision, GEL would not be in such trouble today. The depreciation of GEL is partly his fault and his veto had a huge role in this. We made a decision about the creation of a Financial Supervision Council about a month-and-a-half ago. This Council would have also started operating a month-and-a-half ago if it were not for Margvelashvili’s 'deeds.'"

Parallel to the accusations towards the National Bank of Georgia, a bill was registered in the Parliament of Georgia according to which the supervisory function would be taken away from the National Bank and given to a newly established independent legal entity. One of the authors of this legislative initiative was Tamaz Mechiauri, the Chairman of the Finance and Budgetary Committee of the Parliament of Georgia. He expressed his distrust towards the President of the National Bank, Giorgi Kadagidze, and stated that Mr Kadagidze presented a threat to the country. According to his opinion and the opinion of the governing coalition in general, adopting the proposed amendments to the Law on the National Bank of Georgia would stop the trend of the depreciation of GEL.

According to the position of the President of Georgia, international institutions (the World Bank, International Monetary Fund, European Bank for Reconstruction and Development and the Asian Development Bank) and non-governmental organisations, the aforementioned amendment would not be able to guarantee the stability of the GEL exchange rate and posed a risk that by separating the supervisory function from the National Bank and establishing it as an entirely new structure, its independence would be decreased (see FactCheck’s article

about this issue). Despite an overtly critical position of the aforementioned institutions, on 17 July 2015, the Parliament of Georgia adopted Tamaz Mechiauri’s legislative initiative at a third hearing.

It is true that the Parliament had no obligation to hold a session but it did have the authority to do so. Hence, if this issue were so vital for the country’s economic stability, it would only be logical for it to have held the session. According to the statement of the Adviser of the President of Georgia in Economic Issues, Giorgi Abashishvili: "It is clear for any professional economist that adopting this bill has no connection with the stability of the GEL exchange rate. However, if anyone still believes that by adopting this bill it would facilitate the stability of the GEL exchange rate, then it is highly surprising why the Parliament did not override the President’s veto immediately and postponed it for September, especially given the statements that it would override the veto with ease." We can say that the Parliamentary Majority itself lost about a month in the process of adopting this bill.

It is difficult to say why the Parliamentary Majority refrained from implementing the vital (according to the members) changes for the country’s future in a more timely manner. This is especially surprising given the daily depreciation of GEL. One of the reasons for this could have been (as stated by the Vice Speaker) the Parliamentary vacation period as was later confirmed by Tamaz Mechiauri. In response to a journalist’s question about the depreciation of GEL, Mr Mechiauri answered that he was on vacation and did not know much about the state of GEL. For the information of our readers, the GEL exchange rate with regard to USD equalled 2.40 in those days.

Tamaz Mechiauri placed part of the blame for the depreciation of GEL on the President of Georgia, Giorgi Margvelashvili. According to Mr Mechiauri, the President should not have vetoed the amendments to the Law on the National Bank of Georgia as with this step he hindered the Government of Georgia and postponed the process of stabilising the GEL exchange rate by a month-and-a-half. On 21 July 2015, the President of Georgia vetoed this bill as adopted by the Parliament of Georgia on 17 July 2015. After about a month, the Parliament overrode the veto on 3 September 2015. The Law has already been enacted and the Financial Supervision Council has been reformed. It should also be noted that the Parliamentary Opposition appealed to the Constitutional Court of Georgia because of these changes. According to the opposition’s assessment, the separation of the Financial Supervision Council from the National Bank of Georgia and its establishment as a new structure is unconstitutional.

It should be pointed out that the Parliament could have overridden the veto at its extra session in August 2015. Despite Tamaz Mechiauri’s position that the veto was facilitating the depreciation of GEL, the Parliament did not use this opportunity. According to the Vice Speaker of the Parliament of Georgia, Manana Kobakhidze, August was a vacation period. Hence, the Parliamentary Majority lost about a month in adopting this bill due to vacations.

FactCheck failed to give this statement any kind of verdict of its own. Hence, we decided to borrow the ruling of our colleagues from the Voice of San Diego and rate Tamaz Mechiauri’s statement as HUCKSTER PROPAGANDA.
თეგები: