On 7 August 2015, the Minister of Energy and the Vice Prime Minister of Georgia, Kakha Kaladze, discussed the ongoing processes in Georgian football. Mr Kaladze said that the state has to intervene in the election of the President of the Georgian Football Federation: "If the state does not intervene, it will be both a crime and a problem. The state spends GEL 40 million annually for Georgian football. Does Georgian football look like it has that much funding today? This situation, this swamp in the Georgian Football Federation, should come to an end by our joint efforts."

FactCheck took interest in these statements and verified their accuracy.

The aforementioned sum of money, GEL 7 million, is spent for the rehabilitation of football infrastructure and the acquisition of sport equipment. Further, this money is spent for the salaries of the coaches and staffs of the national football teams (both men and women) at all age levels together with funding national championship matches and the salaries of referees. The allocated sum is also envisaged to be spent for the popularisation of football and as financial assistance for the First and Second League teams of the National Championship. Together with the Ministry of Sport and Youth Affairs, the Georgian Football Federation is responsible for the implementation of the State Support Programme for Football.

Further additionally, the state also funds municipal teams which participate in different leagues of the National Championship. The issue of funding municipal teams has been a very controversial topic for the last few years. Officially, there are nine municipal teams which participate in the National Championship and receive state funding: Dila Gori, Zugdidi, Torpedo Kutaisi, Sioni Bolnisi, Kolkheti Poti, Dinamo Batumi, Spartak Tskhinvali, Guria Lanchkhuti, Shukura Kobuleti and Samtredia. These teams receive annual funding from their respective municipalities. The amount of money allocated for these teams is given bellow:

Of note is that First League teams also get municipal funding although their budgets were not available for consultation. FactCheck tried to analyse the budgets of the municipalities in order to determine the amount of funding which municipal teams receive annually. The number is approximately GEL 7 million. Additionally, municipalities also spend money to build playgrounds and football infrastructure but FactCheck was unable to determine the amount of money spent annually in the entire country for this purpose. According to the information we obtained, the state spends GEL 24 million (the Georgian Football Federation spends GEL 7 million and municipal teams receive approximately GEL 17 million) annually for football.

It is interesting that the former Minister of Sport and Youth Affairs, Levan Kipiani, used to point out the misappropriate spending by the teams funded by the state (municipality) and urged the Georgian Football Federation to have a financial audit conducted in those football clubs.

FactCheck tried to find the information to determine the source of Vice Prime Minister Kaladze’s statement about GEL 40 million being spent annually by the state for football. However, the Public Relations Service of the Ministry of Energy told us that it is not within its competence to comment upon this kind of information and indicated that FactCheck had to ask Minister Kaladze directly.

The state budget allocates GEL 7 million for the development of Georgian football as a part of the State Support Programme for Football in 2015. Both the Ministry of Sport and Youth Affairs and the Georgian Football Federation are responsible for the implementation of this programme. Moreover, football clubs of the Premier and the First Leagues of Georgia’s National Championship also get funding from their respective municipalities in the amount of GEL 17 million. The municipalities also spend money to fund local football infrastructure and youth teams.

In spite of our attempts, FactCheck was unable to obtain information which would confirm that GEL 40 million is indeed spent annually for the development of Georgian football. The Public Relations Service of the Ministry of Energy did not give us a reply. If FactCheck is able to obtain exact information confirming that the state spends GEL 40 million annually, we will be happy to update the research.

Editor’s Note: After the publication of the initial version of this article which said that the state spent only GEL 17 million annually, FactCheck was contacted by several readers. They pointed out that the number we provided was incorrect and the state spends more for the development of football. Therefore, FactCheck conducted new research. At the present moment, according to information we have, the state spends approximately GEL 24 million annually for the development of football. This number also does not correspond to the one given by Mr Kaladze. Therefore, FactCheck updated the data given in the article but the verdict remains unaltered. However, we want underline that in the case of receiving exact information to confirm that GEL 40 million is spent for the development of football, FactCheck will be happy to update the research once again.

Ministry of Internal Affairs of Georgia 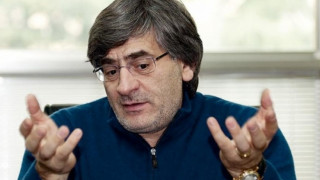