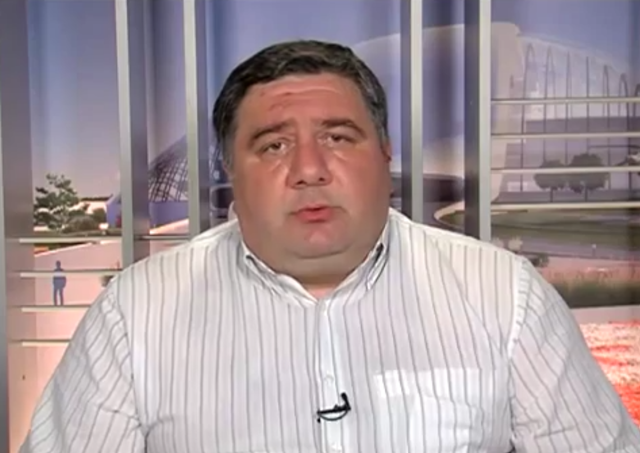 Government debt with regard to the economy of the country worsened in 2015.

On 17 July 2015, at the session of the Parliament of Georgia, the United National Movement MP,

On 17 July 2015, at the session of the Parliament of Georgia, the United National Movement MP, Davit Chavchanidze, stated: "According to the parameters introduced by the previous government at the end of 2012, it was planned to decrease the government debt with regard to the country’s economy to 29.2% by 2015. According to the 2015 state budget presented and adopted by you, this indicator worsened and went up to 37.2%. And by the changes presented today, this indicator has worsened further still, reaching 43.7%."

looked into the accuracy of the aforementioned statement.

Chart 1 reflects the data about both the Government of Georgia’s domestic and external debts from 2009 to 2015. The trend of growth of the domestic debt in absolute numbers is evident in this period; however, the ratio of the domestic debt to the country’s GDP was on the decrease from 2009 to 2012. Since 2013, however, the ratio started to grow as well which, apart from the growing domestic debt (net growth of GEL 90 million in 2013 and GEL 516 million in 2014), was due to the country’s decreased economic growth rate.

The absolute amount of the government’s external debt in GEL also shows a trend of growth. Its growth rate has been especially high since 2014. The sharp growth of the external debt in GEL, apart from taking new loans, was mainly due to the depreciation of GEL from November 2014.

However, it should also be noted that the budget project came with the Government Debt Sustainability Analysis from 2015 to 2018. The aforementioned document includes the probability of variations to the presented numbers in terms of different economic scenarios; namely, in terms of the document’s fourth scenario which entails a shock regarding the nominal exchange rate in which the debt’s forecast amount for 2015 is 40.9% and not 37.2%. The nominal exchange rate shock has already happened. The GEL exchange rate depreciated by 49.5 tetri (28.3%)

As for the government debt forecast indicator for 2015, presented at the end of 2012, this estimation is given in the appendix of the 2013 budget project and is set at 29.2%.

According to the amendments of the 2015 state budget, presented by the Government of Georgia to the Parliament of Georgia, the amount of government debt with regard to the country’s GDP amounts to 43.7%. As for the same indicators presented during the adoption of the 2013 and 2015 state budgets, they are in accordance with the numbers stated by the MP and amount to 29.2% and 37.2%, respectively.

However, it should also be noted that the 2015 budget project came with the Government Debt Sustainability Analysis which illustrates the influence of the expected economic shocks on the share of government debt in the GDP; namely, the government debt with regard to the GDP in terms of an exchange rate shock is expected to be 40.9% and 38.1% (not 37.2%) in terms of the decrease in the country’s economic growth rate.